If you encounter a bug while playtesting the PTR, please post it here in this thread using the template below so we can get as much information possible to provide to the team:

We thank you for helping us improve New World and for helping us keep this thread focused solely on the bugs and exploits you are experiencing in the PTR!

200 STR threshold passive, is not working with Ice Storm or Gravity Well slows.

There are 2 broken side quests in Everfall that are not game breaking but they certainly stop progress. They hand been like this since the last patch.

The first is called Miner’s Keepers and is on the way to the Zane quest line in North Everfall and the other is Salting the Earth, the 2nd part.

Salting the Earth blocks many side quests

Nowhere else to post this… is there going to be a thread for feedback around combat and weapon changes? I don’t see any. The current changes around one certain weapon are absolutely not working as you intended and deserve a place to discuss?

If I missed the thread intended for this, I apologise. 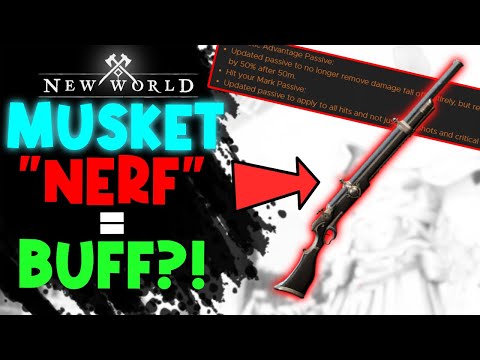 Rapid shot recovery: just don’t do it. The skill is fine as it is. especially with what is happening with explosive arrow on live and PTR its not a good change.

I play bow and yeah hit box changes are good as noted. Not as they are implemented right now in PTR although arrow projectile speed increased by a little bit would be great with the smaller hit box.

What I think the final outcome for projectile sizes that would be good.
penetrating shot: as is .4-.5 whatever the size is in live.
all other abilities and heavies .33 including explosive arrow!
light attack .15-.20 but increase projectile speed. it should take skill not blind luck to hit targets at certain ranges.
Heavy attack .33 as noted in the ptr patch notes,

I am not against the change except I think light attack travel speed should be higher, and the recovery off of rapid shot should stay the same as live, but the changes should be as noted to meet the actual values listed in the notes. The Bow is not working in PTR as the patch notes have explained it.
Video showing projectile sizes from DeityVengy 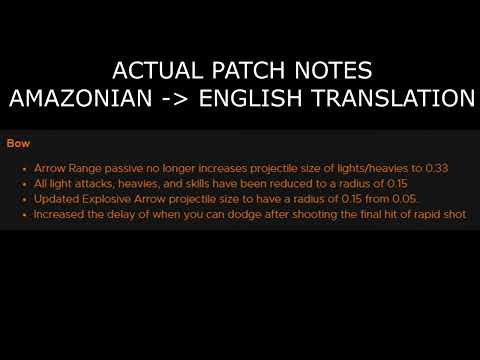 For example, healers in light armor may get 2000+ HP from every mana potion every 10 seconds, while heavy armor damage dealers may get just 600- HP.

Very glad I am not the only person confused by the difference between what the patch notes say and what is actually happening.

Is “changed” shots supposed to be charged shots? Because light and heavy attacks have the same hitbox on the PTR. Explosive arrow definitely feels better, but it appears to have the same hitbox as a light attack, which would put it at .15 not .33. Are heavy attacks supposed to have a bigger hitbox? because they definitely don’t right now. Could someone please clarify?

Game-Breaking Bug for Musket on PTR: Loading Either Power Shot or Powder Burn while Aiming Down Sights renders your character incapable of Shooting the Loaded Bullet, Dodging, Switching Weapons, Unable to Jump, and Use Consumables. When bugged in this way, Crouching can make Your Character Dodge Backwards(?!?!?) while Shooter’s Stance somehow reenables you to shoot.

Dummies can’t get headshot (at least the Valor Hold dummies). Really needs to be fixed, cumbersome and annoying. Backstabs work, Headshots don’t for whatever reason. Also, remove the “Immortal” from dummies after 10k damage has been inflicted on them.

Is this going to be addressed?

The patch notes are completely wrong regarding the bow “fix”. All bow skills, light attacks, and heavy attacks are now 0.15

The notes dont match what is in the PTR. Or aiming slightly off target some arrows would hit and others wouldnt. Heavy attacks are supposed to have 2x the hit box of light attacks.

For example on just the basic attacks.

PTR live: both heavy and light and most skills =.15

It looked like there was a typo in the Patch Notes that might have caused some confusion. It should be “charged” instead of “changed”.

The Fortify from Fortifying Shield Rush is somehow capping (at x3) while hitting one mob, player, dummy, etc. and this is because the DoT (3 ticks) is counting as additional “instances” of damage while somehow refreshing the duration to 6 seconds (without buff duration multipliers of course) until the DoT eventually ends.

^^^ EDIT: The above is happening to Fortifying Whirlwind as well.

This bug needs to be handled quickly and accordingly. Thank you.

But that’s the thing. Charged shots are still 0.15 according to tests.
Explosive Arrow’s projectile size is 0.15 as well, not 0.33

Edit: It looks like this was fixed in the last PTR patch. Everything is correct now. Thanks!

Valor hold dummies are facing the wall, so a headshot is also a backstab.

Can headshot them perfectly fine on Live right now. Not working in PTR. Bugged.