Hey everyone, thank you for your submissions! This reply signals the end of the Great February Bug Hunt event but please continue posting any bugs you encounter in game below. Remember to use the template to give our team the most complete information you can to help them reproduce the issue!

All players who’ve submitted a bug while following the template will receive a flair which you will need to manually add to your avatar once you receive it. You’ll see it in the bottom right corner of your avatar. (This flair can be switched on and off in your profile’s preferences!) Please give us a few days to hand out these flairs.

Thanks again for participating and we’ll see you in Aeternum!

That is nice and all, but can we get a timeline on when these issues are going to be addressed. Like you gave a timeline on the Flairs.

I would rather you fix these immediately, than you spend time on giving us in-game Flairs.

That is nice and all, but can we get a timeline on when these issues are going to be addressed. Like you gave a timeline on the Flairs.

I would rather you fix these immediately, than you spend time on giving us in-game Flairs.

Luxendra is a community manager, who has access to discord / forums and staff, but she is not a developer.

Issues, bugs, fixes, will all take time to sort through, into specific sections (This list for example - Known Issues - February Monthly Release 2022) and then given to the correct teams who can review them and start the process of finding the correct code, working out the problem and hopefully fixing it. That takes time to do and sadly, no real time frame can be given.

Fixes will come, some sooner, some months from now. Did you know that a fix was done, that was reported in Alpha and only just fixed with the latest patch?

Patience is needed now as the teams get started on this new list.

Any statement is better than nothing, or at least some ownership of the issues caused.

Communicate that back up the chain, if need be, but it feel real bad like this talking around major issues.

New Gypsum Cooldowns dont work. The cooldown time is same as before. This affect Topaz, Obsidian and Amethyst Gypsum…

happens often to me.
login > teleport somewhere > keep the music of the area from which i teleported … so weird an annoying 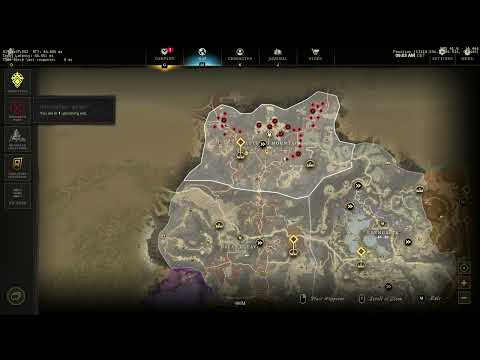 Thank you for that, what a hassle, lol

I don’t really read the patch notes anymore since it’s just way too much to read, and I’m only a hobby “New World”-er. I can no longer open smelting aptitude crates . When click or select to open the crate nothing happens.
Region: EU-Central
Server : Evonium
Name : Devlish pardon the poor info/format. but i just fed a 590 chain of zane 100s of shards and it gained just one level to 591. its projected upgrade for the amount was 61x