We are creating a weekly thread in order to track feedback that popped up due to the most recent update (1.0.4). You can find resources on how to leave good feedback in the How to Give High Quality Feedback post.

Your help in keeping feedback unrelated to the 1.0.4 update out of this Megathread is much appreciated!

Nice topic, but I would say… client can’t have all that power on a online game. Idk how… but fix that. 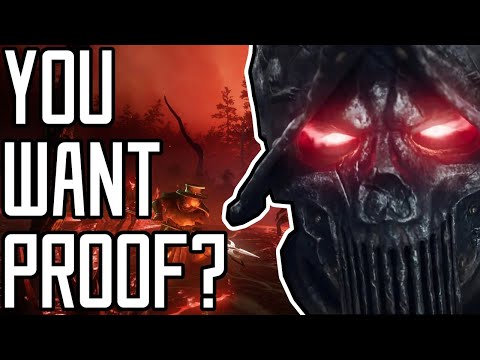 Regarding the 1.0.4 patch and subsequent exploits and dupes both remaining and newly introduced:

AGS will not have a better opportunity to clean slate their launch than right now.

You are tacitly allowing/supporting exploitation now and if you do not do something visible and explicit, I’mma have to nope out again (and it is a certainty that I shall not be the only one).

Get it together, AGS… this is making me sad.

Can you please give us a feedback when the Server transfer in EU will come? My friends and I getting sick and tired playing alone on different servers. I bet there are thousand of players like that.

Give us finally a Time and a Date and stop focusing only on US Servers. I bet you a 1.000 Gold that EU servers have more active players than any other region.

Did you really remove my posts because I am calling you guys out for not rolling back the servers? How absolutely pathetic. I stood by the devs, I supported you, and I defended you. The lack of transparency is the worst of any MMO I have played in 20 years. Then you have the audacity to remove my reply. As it stands now I do not believe you guys actually have a system to do a mass rollback, which is why you are so hesitant. Which is pathetic, you guys don’t have the basic MMO features. If servers do not rollback I am done.

In terms of the reported trading post bug, I was wondering whether any AGS staff could confirm whether the to be received gold / items are actually lost, or whether they are still ‘in the system’ and received once an additional sale goes through, as I saw a person on Reddit suggest?

EDIT: I am leaving this post as it was written to avoid confusion, but it appears that AGS is indeed going to make sure that we get our coin, and I’m very happy to hear that!

Is there some kind of coin compensation planned for the lost funds as a result of the trade post glitch? I’ve canceled all of my auctions in order to avoid losing out on funds when offline. This means I’ve had to store a few thousand pounds of goods in sheds across the world - which I’m going to have to spend time and Azoth to get back to my preferred trading post once the bug is fixed. On top of that, I’m going to have to pay the listing fees all over again.

I’m just a small-time solo crafter/trader, but I’m extremely frustrated with this bug - I’m sure it’s much much worse for those who are dealing in things like Void Ore and god-roll bags. If we don’t receive coin to cover the costs of this incident, I’m going to be seriously questioning my willingness to stick with the game going forward, because I’m going to wonder what else I might end up losing to bugs like this in the future.

An option to toggle aim down sights while using weapons such as the bow and musket would be greatly appreciated and make these weapons more enjoyable.

This is an option of personal preference but I know many other players would find this addition instead of just hold much easier. I was personally most looking forward to playing with either the bow or the musket but due to the hold aim down sights I have had to change weapons and I don’t think I will use them again until a toggle option is available.

It is a small addition but it will be an amazing quality of life addition for a large chunk of the player base.

I was playing outpost rush and Bloodlust stoped working when the target dodged, light and medium armor, i dont know if heavy armor counts

A notice at the top of the forum now states, “Players who encounter this issue WILL receive their missing gold/items when the fix goes live. At this time, this may block you from transferring servers.”

That is a relief to hear!

So far in the last month i have spent half my game time in queues upwards of 8 hours long, Witness invicibile players, promised a server transfer and had the rug pulled while sat in a queue. Seen gold exploited and trade prices explode beyond reason. Then i was promiced another opportunity to transfer only for that to be untrue and there is another bug preventing it.

This really isnt acceptable considering the lengthy development process, multiple alphas & Betas and then releasing the game as a finished product when reality is far from that. It feels asthough there is no QA team and you are just letting players figure it out.

I feel foolish for pre-ordering this game and i probably should have known better that to trust one of the largest companies on the planet.

What steps will be taken to prevent this being a persistant issue with each patch?

Thanks for the great refreshment.
They must have been tested a lot

I would like to suggest adding NPC companions to the game. Other MMOs such as Elder Scrolls Online and Star Wars The Old Republic have this feature. It closes the gap in group finding and allows solo players or people playing at times of low server activity to enjoy the game to the fullest. Thank you.

One new issue that I’m seeing right now (but wasn’t there early this morning or yesterday) is that I “slide” around onscreen rather than taking the first few steps walking. Eventually the walking animation starts up, but it’s very disconcerting to float a few meters in a direction before your feet start moving…

First of all I want to thank you guys for the Robin Hood skin, I really like this! But I also want to mention that being like Robin Hood and robbing players for thousends of coins is not cool!

I am leaving all order’s in my Trading House since you have told us that this will be fixed/refunded at a later date and all lost gold and or items will be returned.

About this, you also told us you would backtrack the logs for the thousends of coins that were duped. Since than I have seen to many bots advertising of selling your ingame gold currency on third party websites for real life money. Considering these players are lvl 1 and the amount of coins that is being sold/purchased with real life money is to much to even be fairly earned and probably comes from the gold dupe.

This is unacceptable and i don’t want to waste my time muting/reporting these players because this should not exist!

Could you guys be trasparent about how much gold was removed from the game and how many players received a perma ban for this? Cuz i hear they didn’t, some banned for a day and the money was never removed.

And please be specific on which server ofcourse.

Why do you guys not have a test server that you are rolling these patches out on so that you are not continually creating new and maybe even more game breaking bugs?