What do you mean gets the jump? There is no way for a FS to jump someone. They have zero stuns, slows, knockdowns, rends etc. everything is a skill shot chained after the other. Even if the FS opens with a pillar and gets the first hit the enemy can just pot and be full health. GS/Hatchet can just w key rush FS players and win if they have an ounce of skill. It is so far out of balance right now it is a joke. Why is there no DR on the slow you get when hit from a melee weapon?

There is no way for a FS to jump someone

Yes how do you think a FS can get the jump on someone? That takes CC and abilities that can combo together. Did you even read the whole post or?

SnS has like a 5 second instant stun ability? lol

3 seconds. It has 0 range. You should be expecting it as it’s very obvious when it will be used 90% of the time.

That takes CC and abilities that can combo together

This lets me know you have fundamental misconceptions of gameplay; thus, your frustrations…

I don’t know who you are but I see kiwdahc in OPR all the time. Actually a very decent mage, better then most I go after.

I’m really surprised how greatsword hasn’t been touched, the weapon is insanely overpowered.

Explain to me how you can jump
Someone with a FS then, also explain to me what is untrue about my statement. Firestaff has a bunch of skill shots that can’t be combo’d together and provide zero CC or utility, The closest thing it can do to jumping someone or getting a strong open on them is hitting the first ability. It has no ways to chain strong attacks together or punish players who don’t even see you coming.

Someone can literally not even see you until you hit them and the best you can do is land one ability which does mediocre damage at best.

Most of the AGS team is most likely on break for the US holiday, so I doubt we’d see anything until Monday at the earliest.

Mages have dominated small scale pvp since launch and that has been true up to this patch. GS in light may be a worthy challenger.

Most builds have to weapon swap to perform their combos. Bruisers especially. I get that players want more of a synergistic overpowered pvx one weapon (fire staff) to rule them all, but why in the heck do you guys always ignore other second weapon options to chain your abilities with. I was watching a Valhalla cc earlier today who is a self proclaimed rank 1 mage on the server. He was asked what his ideal 3’s team would be to win with. All mages and supports (VG) (bruisers only if he couldnt get enough INT users).

I do think the skill req. on mages is quite large. They need some love for pve exoeditions without making then absurd for pvp.

They have not dominated, they have done well. Many other builds also did very well in small scale including bow, rapier, hatchet, SnS. To act like it was dominated by mages is just false, most kill squads didn’t even have a mage. But they have been absolutely trash in all other aspects of the game. Now they are complete trash at everything, including small scale. How is that fair or balanced?

Ice gauntlet has been very dominant in wars since the game launched. Again the conversation of INT is not just fire staff. Fire staff has also had patches where it was very strong.

Firestaff has not been strong in war since the patch a month or two after the game launched that gutted it. To say otherwise is to be ignorant of the dominant war metas throughout the life of the game. Mage weapons has never had the effect on war that bruiser have had. Bruisers have been the largest force multiplier in the game since the beginning.

Your definition of dominant is incredibly flawed. Yes IG has been good in the past, but it has never been close to the dominance of GA or Hammer. IG has also been good in the past, but once again you need to reevaluate your use of “dominate”. IG is a glorified secondary weapon used solely for ice shower to help protect doors at this point. Both the weapons are trash tier.

Since Great axe users dropped hammer for ice gauntlet for many months shows how strong it was. Your take on how strong IG was in the history of wars awfully down plays its significance. Ice gauntlet has been a war staple since day 1 and only fell out of favor somewhat recently due to AGS patching its unintended army damage buff to ice damage sources.

Fire staff was performing very well abusing the empowerment issue with meteor shower for a parch or two.

If you want to hold to a false narrative that fire staff is the worst weapon in the game and always has been thats your perogative. 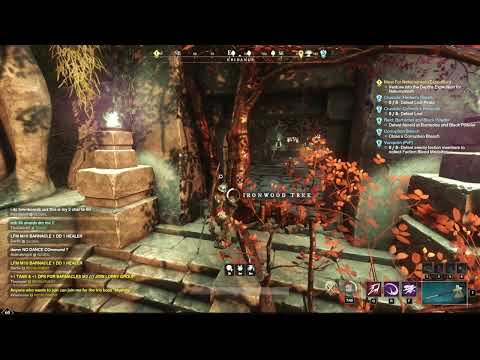