It’s not dangerous at long range. People just hide or run extremely easily. That’s literally what I’m saying. It’s not doing enough damage to be the build it wants to be or warrant taking the slot.

This is a skill/ping issue. The counter play to high range weapon is being good at dodging and hiding.

The thing is that if the musket hits an headshot it should be rightfully a heavy hit and multiple headshots should kill the enemy pretty fast with the only exception of heavy armored (but still it can’t take more than 10 headshots as some1 reported).

Okay, idk how 4 headshots in a row before they hide behind a tree and eat to full health can get any better.

If you mean the skill of hacking so I can shoot through trees and rocks and walls, then sure - I agree with you.

I was just saying that the way the musket should be balanced is not about making it stronger in close quarters but being sure that it doesn’t take a lot of headshots to kill some1.

Yea well I’m saying it’s useless garbage because it doesn’t do enough damage to kill anyone at range. Regardless of how many headshots you get.

IMO a single headshot should absolutely devastate someone. You just got metal plowed into your skull, but don’t worry! We will cram a bunch of rations into the bullet wound! It’s cured!

All the real discussion aside what something no other weapon can hope to match is, musket allows you to shoot from the comfort of your home. Like the forefathers intended I guess? lol 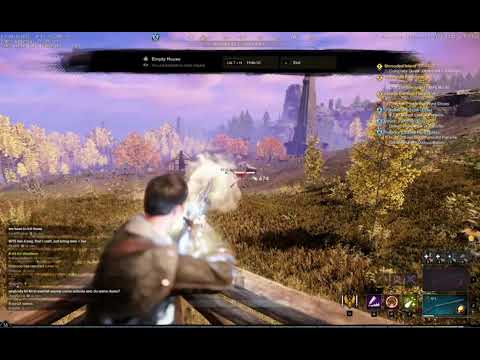 Why I can hear ‘Murica theme while I watch this? XD

I was just saying that the way the musket should be balanced is not about making it stronger in close quarters but being sure that it doesn’t take a lot of headshots to kill some1.

I can see war with 50vs50 muskets there.
Sorry, shouldnt happen, right now its well balanced for each weapons purpose. This is not primarily a 1860 civil war simulator (no matter how much reference there is in this game)

Just use shields to close the gap. It’s almost like some of you don’t know how to play the game

I’m sorry but if I get to hit 3-4 headshot in a row I expect ppl to die and heavy armored to be severely wounded. This ofc without a healer focusing the target.

When a weapon is gated by a restrictive condition as hard as doing headshot to deal damage then the reward must be proportioned. Otherwise the weapon should be overall good without damage peaks.

And they do 1 Headshot for people in full light armor, 2 headshots for people just beneath the medium armor treshold, from there onwards its a bit harder, but still reasonable. This is at endgame, as most high burst weapons scale a lot harder after 45. For example most magic weapons are completely useless before 35 (by comparison).

Also u have to take into consideration that someone in heavy armor will never touch you, unless u are really really bad at the game.

If this is the actual situation then there might be no need for tuning or maybe just some little fixes here and there. All I want is a performing weapon if used good.

This is a skill/ping issue. The counter play to high range weapon is being good at dodging and hiding.

The thing is that if the musket hits an headshot it should be rightfully a heavy hit and multiple headshots should kill the enemy pretty fast with the only exception of heavy armored (but still it can’t take more than 10 headshots as some1 reported).

to the head there should be no need for multiple shots, 2 at most should be enough to knock anything down (excluding boss) given the difficulty of hitting a target so small that it moves fast yet cost of each shot and reload time.

Just use shields to close the gap. It’s almost like some of you don’t know how to play the game

lvl 55 shooting a lvl 15 mob, ok…
please shoot 55 or 56 mobs please.
now if your idea was to show the range, yes fact, but at the same time useless because when the mob comes to you, it comes back halfway, forcing the musket player to enter CQB.
and yes I think it should have a remarkable bullet speed at 150m/180m and a remarkable bullet drop at 250m.

Well, It wasn’t a serious demonstration of anything though, just demonstrating how to dispense about 1 freedom per 2 seconds from the comfort of your private property. Don’t take it too serious.
But If you want to note the details, then note that;
1- I am full int and not really leveled with musket passives
2- This isn’t Ghost Sniper Elite Reckon Lone Wolf Killer on the Loose Edition, If mobs didn’t reset you could shoot them until dead across the map and it would make any other weapon obsolete
3- Video actually has a subtle point because being able to shoot something at any distance is superior to doing 0 damage with all other weapons in the game hence the advantage of using it (and why I carry one in my inventory). Consider being unable to be shot while you can shoot some person preferably unable to come at you, instead of a mob. Musket is inferior to alternatives in a tab-target-like concept of straight on fight/dps rotation etc, but this game works in different ways.

Bulletdrop could include some skill factor in long range but shrug, does it need that nerf? Perhaps if they pump in more damage to musket shots but then again hitbox in this game isn’t too reliable too.

sorry if i misunderstood or offend, it was not the intention.
I agree with his points, his only advantage is the reach and straight stroke of the projectile, but I disagree on one point, I don’t agree that the mobs should come back when they are taking damage, regardless of the distance, making them come back cancels the musket user to use it where it has the most advantage (at a distance) and let’s not forget that this sight doesn’t help to see the target clearly, whether at long or medium distance (I even claimed this in the penultimate beta and again here in my post: For me this should be improved/modified! ) but if they buffed the muskete damage yes i think a bullet drop is a significant reduction in projectile speed to long distance would be interesting (but not short or medium)

Oh no offense at all man, I’m just putting out my ideas. Yes, I do understand what you mean; the advantages of muskets don’t really provide anything meaningful in PvE (range&trajectory) but it’s actually useful larger PvPs if you can utilise it, thats what I meant. I wanted to say it’s not complete trash, it has it’s use, not super effective, a bit niche but yeah.
I am also very certain anyone who used musket more than 10 minutes hates the crosshair. It makes no sense, long range sniper weapon but you can’t see what you’re shooting at above medium distance, you just hope it lands. Crosshair 100% needs a change.

yes, in fact, that’s what I said a few posts ago, everyone only sees PvP but completely ignores PvE, and you need to use the weapon in PvE to level it, I would like you to separate PvP from PvE so amazon ends this discussion simply put, in PvE it is a status, in active/war PvP it becomes another.

You can level mastery in PvP. I got 3k musket experience once when I killed some dude