Bring trapper skill set to at least how it was in preview versions. I like how you need to utilize stamina to do stuff. Stamina should affect more than just musket it should affect all combat mechanics.

Also i have some suggestion. 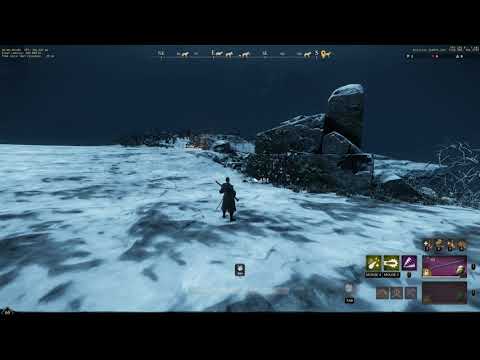 It makes me laugh.

I deleted a man in voidbent with 3 shots yesterday. Mid axe charge no less. Dood went sliding for miles. It’s probably the only weapon that can kill healers in heavy. Ya’ll are building wrong. Get stance and stack empower perks.

Let also talk about ammo. Besides the bow no other weapon in game requires semi rare ingredients to craft ammo. The resources required to make 1000 Star metal bullets is insane. I don’t bother to use the bullets in PvE because it’s just plan too expensive/time consuming. To make 2000 bullets to last me a day I need to spent 2-3 hours collecting and crafting ammo. That’s not even including travel time to walk to each location to gather items or use azoth. It’s sells for .9 gold each on the trading post. So pretty much musket is not cost effective in PvE and rarely used.

as I said before, a stone arrow, made with a twig, a chicken feather and a stone of 1.00 damage multiplier, an iron cartridge which needs triple the items and work to make the 1.00 multiplier damage… fuck the logic

As i am playing musket since beta (spear / musket lvl 60)
I can totally agree with your post and your suggestions. The current state of musket in pvp aswell as pve is kinda sad and needs for sure improvement.
Let’s hope amazon game studios tries to do some balancing in near future. Latest patchnotes however contain already small tweaks (although these changes are questionable… why would they buff lifestaff lol)

Obviously if I’m complaining about Starmetal the next tier would be worse.

And Arrow basic can be build on the campfire, musket can’t.

Also, did you guys know, that sticky bomb damage can be mitigated with a single dodge at the explosion moment? Thats completly ridiculous! That ability is hight risk low reward…
I bought this game for the musket, leveling was fun until a point, but in pvp Iam disappointed with this weapon. Every ability usage is super punishing because the mobility.