For Christ’s sake, listen to this blessed man!

Useless in PvE and open PvP, Musket is supposed to work only at wars and even then it’s pointless. Bow does double the damage with so little penalty (you have to train your aim a little bit?). I know hitscan makes it stronger, but it’s over penalized as it is.

It’s a shame, because the shot’s sounds are so satisfying! The design is great, but the mechanics are a meme. I’m looking forward for a HUGE buff or, I don’t know, other fire weapons better balanced. I just want to hear the boom and feel useful. D:

Just out of curiosity, How is every musketeer doing in Outpost Rush pvp? Can you get a lot of kills and deal decent amount of total damage?

One thing I also noticed is that, if you down an enemy you have to reload and while your reloading somebody else steals your kills. It’s a annoying. It happens more often in Outpost rush mode than in open world PVP.

tried it, still feel bad like war. probably worse. in war i can snipe the backline and the healer mostly focus healing ppl inside the capture point so i can still pick and snipe people here and there.

in outpost, they are much more cluster together and keep each other healing. musket dps can’t out dmg the scared ground

Exellent feedback. This is exact my experience from musket also. I love it playestyle and idea. Using spear/musket and its good. But musket itself is just cant play it. 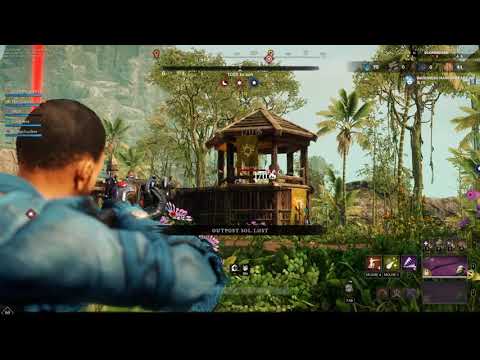 Due to Heavy armor, healer meta, the game mod itself is boring for the musket.

dang I should target only squishy, isolated players. Can you get decent kills and total damage dealt with a musket if you play well?

i can get some kills, but mostly need to aim people who already low hp and try to headshot them to finish them off. try to kill someone with full hp they are likely just dodge roll away and hide away from sight.

What about getting your kills stolen?

that also easily happen, but at the same time if you are a musket player. you can kill steal too if you want

experience this today on outpost rush and war… musket is trash,

musket here is like a nerf gun lol, it tickles and not scary at all, you cannot even kill because it only damage so little and they start running away or towards you, musket needs an overhaul, OP detailed it all please do something before everyone switch to fire staff or war axe… don’t let this thread die

I think at least annoying “Shot clipping” / “Removing exhaust penalty on musket”
should be addressed as no.1 priority but…

Well. I expect it will take a minimum of 3 months,
cause it’s not a critical thing for their game.

Not sure I still playing this game at that moment though, hope I’m wrong, seriously.

It’s painful to use it, If not gonna do something on the musket,
do something on healing / heavy armor.
*Why do attackers have to effort like closing distance, aim properly
while the healer uses targetting / ground-based skills, which doesn’t require
much as attacker’s effort? I don’t understand too.

*Outpost rush is so boring, because of them. Duel is much more fun but no reward.
Ofc, a duel against healer is not worth it at all.

Musket is weak trash compared to GA and does tickle damage to them when they wear heavy. such a bad game design and all of the musket skills lock ur char in long animations and the constant reloading is annoying aswell

Not when there are still people like this believing muskets are fine as they are.

Please Buff the Bow and Musket, their Terrible (Chart included)

I have a clip of me 1v4’ing melee dudes with bow rapier. It’s not weak, it’s the highest skill cap weapon in the game. Musket on the other hand rails people at long range. If you’re talking about only PVE then that’s a whole different discussion that, considering the statements you’ve made, is just not even worth the time.

I’ve seen guys like him in other MMOs too… They so passionately argue that clearly underperforming weapons are not underpowered. They are loud and steadfast to their beliefs that only they are right and the majority is wrong. Until the devs play the game themselves and admit that the weapon balance was a mess. I wonder if the AGS devs would do the same though.

I know this thread is pretty much dead but I just wanted to bring up that several weapon classes have a dodge to increase damage. This brings two issue up.

1 it’s hard to headshot a guy who is dodging every couple of seconds.

2 why are we penalized from dodge/rolling? We can roll/dodge reload every 6 seconds. Bows are given a 20% damage increase for doing so, same with life staff and stamina is their only limitation.

This is what I have come to realize. Exploiting bugs are so bad rate now and they haven’t fixed it. They aren’t even stopping people from exploiting. Musket/Bow won’t be fixed anytime soon until that gets fixed.

I argue that way because I know the bow and musket are strong. If AGS was to buff them, they would be incredibly OP in correct hands, and I don’t want that.

more one that deserves a look

Hi AGS, The musket is capable of hitting decently hard, but the DPS factor pales in comparison to every melee weapon. Nearly everything on the musket has an animation (loading, aiming, abilities) and to do heavy hitting abilities like Powder Burn you need to animate again after it automatically does a loading animation after the previous shot (resulting in a “double” animation). This leads to a lot of downtime on the weapon, so when it comes to finishing off a player that is low in PvP, or j…

Musket has been completed destroyed after Preview version. It had all the great tools and they all worked. Now like you said they don’t work. Trully sad. Sharpshooter barely works too even with best 600 gear score musktet and perfect stats.

Great feedback, add also more of a reward for headshots