Now i know that players have already killed this boss so many times and it is not impossible to overcome. However, i think for regular players this boss is way too OP especially if we compare it to bosses in Lazarus and Gen. I cant count how many times we reach Neishatun just to keep dying or some of our group leave .

-you can dodge tank him
-there are a couple of tricks to avoid the burn debuff, use a rapier if you must
-dodge tank him some more
-rapier for the orb(or just burst it down)
-no seriously, you can avoid every single one of his attacks pretty easily.

Are you doing like M10 or something? This boss is pretty easy in a base expedition run.

When said rapier for orb you mean i should use riposte to counter the blow?

No im talking about the normal difficulty

He is strong on normal if you are not used to farm him, but not op.

The 3 mechanics I will point out that a lot of people don’t understand are:

the mobs that spawn during the hellfire circles phase; People think you need to keep x number of mobs up, or that the safe spot is where you’re currently tanking the mob and neither are correct.
The correct mechanic works like this: When a mob spawns, while that mob is alive, wherever it spawned will be a safe area from hellfire circles. If an additional mob spawns on that spot, only one of them is required to keep it safe.
We utilize this mechanic in our speedruns so that we can remain stationary, and kill all the other mobs, so that it’s mindless for the Tank and Healer.

Another misunderstood mechanic is when Nimkumpoop selects a player to fire his heavy attack, and the player has the marker placed upon their heads. I often see players wait until he fires and try to dodge it. That’s one way to do it, but it’s not the efficient method.
The best counter to this mechanic is: As soon as he targets you, simply step a few feet to the side and continue your onslaught. When Nimkumpoop targets a player with this ability, he fires it in the line at wherever they were standing when he placed the icon above their head, not where they’re standing when he actually fires the shot.

The third mechanic is when he places fire circles under his feet and slams, I see a lot of players die to this.
Solution: Right before he slams, just dodge; you’ll be totally invulnerable to the damage even if you’re inside the AoE, mid-dodge.

It was difficult for the first 1 or 2 tries, after that became pretty easy.

I don’t think he is that hard really. The biggest issue IMO is when the orb spawns in a fire circle but I think that is getting changed in the monthly patch.

I will say though that he becomes hard when you are in a group that cant do the mechanics.

One thing I would suggest is to use Incense just before the fight. It greatly reduces the health drain from the stacks so it gives you a little more leeway if you don’t do the mechanic right. You can have 2 stacks and be fine with just a regen potion.

I did a fair amount of “first time runs”.

If they listen to a short explaination of his Abilities and how the fight will work, the group wont wipe, maybe one member will die at First try but thats it.

I did it with groups which had an average GS of 520.

The only time where groups are struggeling is if they get trolled by someone.

Neishatun is easy as long as you’re not lobotomized to the point of being unable to walk and breath at the same time. 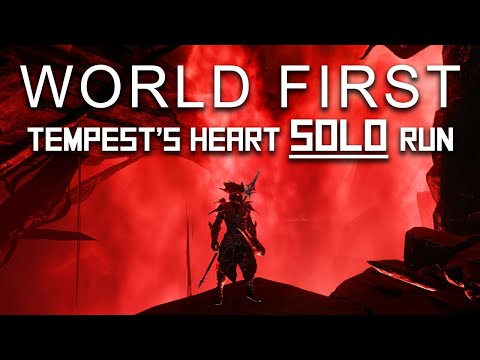 Oh my, compared to GW2 T4 Fractal bosses there isn’t one that really stands out as uber hard in NW. There are no real killer bomb attacks, must do first time every time mechanics etc. (even Neishatun fire circle tick isn’t really fatal unless you get 3+ stacks imo).

This happens in all MMO;s these days, people just want to the the instance as quick as possible once ands only once, so as soon as something doesn’t go according to plan they bail.

Curious if anyone can speak to rapier and the orbs? Riposte? Always wondered how people solo’d it. Just riposte the explosion?

Yes riposte blocks any of the orb or fire circle stacks.

yep simple riposte works a treat and if your one of the slower people to find safe spots in circles entomb works wonders to skip a stack.

didn’t know it worked on circles too thats funny.

Whoa, as a healer that can just switch before the fight. This is amazing… It sounds like they are fixing the safe spots so that will be valuable. Unless it’s not intended? Then going to have to get eye surgery or something.

kinda wish they would fix the cilla collision box though hate clipping through her and getting 1 tapped.