So just look at this video there is nothing else to add. LIKE WTF? HEADSHOTS THROUGH A TEXTURE??? And I dont even have a debuff on me so technically my nameplate should have disappeared as well…
Can we start doing something about cheater and bots?
Aaru server Europe btw…: 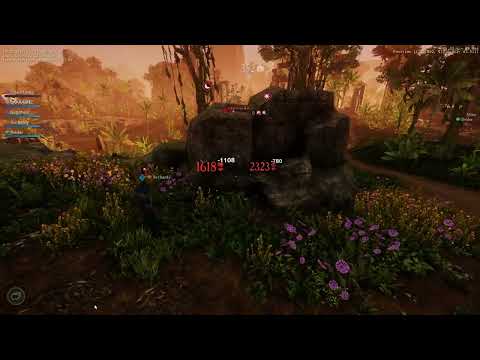 Similar video posted like this before, same exact place.

The other players don’t see the rock you’re hiding behind. It doesn’t render, so their shots pass right through. To them you’re just standing still out in the open.

But if you are outside the render range. Hit scan shouldnt be able to hit as well as you can see more than you can shoot at. As im playing musket thats what I understood quite a few times

Don’t Try Logic in this Game. Just Try yourself from the Other Side, you wont See that Rock. image1920×1080 282 KB
Same place and I still can see the stone so no doesnt seem to be the case. I got everything on low so it shouldnt be rendered Stilfurther can see the stonel

Then i’m pretty Sure its a serverlag issue, which only occurs when There’s Lot of fighting Going on in that Area, thats also the only Thing that Makes Sense tbh.

Bc. i doubt There’s a Hack, that Makes Shooting thru rocks possible, since those are serverside.

Also i’m very Sure i havnt Seen that Rock at some Point from this Side. Can’t Tell any Numbers though. there are also some objects that are collision bugged within render range like some trees, etc. it’s stupid.

Even if it’s a in-game but he is blatantly abusing it without a care in the world. I hope his ass gets banned and that videos like this will bring us one step closer to in-game game masters for investigating such cases