AGS is yet another company that did not listen to its players, and is now seeing the MMO they just released die-off extremely quickly. The game at it’s peak had 913,000 players. The current population is now less than half of that.

Why are people leaving?

Seems your making a issue out something that doesnt exist, second day after launch it dropped down to 500k an has been basically consistent since , go have a look at steam graph. Mmos do influctuate and defluctutate over time you can expect people to play 24/7 its not possible , this will go up an down over time you need 6 months of data before comming to a conclusion. An never base on the first week of a mmos release

Edit:Forgot to add if you think this is grindy go play any korean mmo ever.

Should just name it ‘Yet another New World is Dead Thread.’

Constantly cluttering the forum with these attention seeking posts.

So many people are just mindlessly posting complete repeats of the SAME THING over and over without ever taking the time to READ the forum to find out if what they are about to post is a duplicate.

I’ll be back. I need to let everybody on my server know.

Seriously, OP didnt even put in the effort to make his duplicate post even slightly unique , he literally just copy pasted the same bullet points from the same article that has sparked the flame responsible for this flood of NEW WORLD DEAD posts.

New world is bussin’. Won’t die for years I’d put money on it having a healthy lifespan

I would “shut up and play” even if just OutPost Rush worked, giving me SOMETHING to do guaranteed.

AGS is yet another company that did not listen to its players,…

Yes they did, hence the design shift from alpha.

As to the rest of your complaints, they are what I would expect from someone who is used to instant gratification games like WOW, where leveling is a joke, gold rains from the sky, you can zip across maps within seconds and socialization isn’t neccessary. Frankly I consider those games to be single player/lobby games masquerading as MMORPGs. There is nothing wrong with that type of game, but we have enough of those already.

ALso, I logged into WOW this past weekend and Oribos is DEAD. Korthia was also dead and I play on a so-called “full” server. The newest expansion zones where most people are usually playing had very few people running around and this was on a Saturday. I have yet to run into that problem in NEw World. The game has been out a month and some servers are still seeing queues.

Dead game? Only in fantasy land.

I was think about quests today. There have been about 2 missions where you had to do something different like dig something up or plant something what made a nice a change from the monotony.

There were also 2 quests that you had to collect X number of items that were different in the fact that every kill didn’t drop one like most quests usually do, so it mixed it up a bit. Tbh there isn’t much they can do with quests right now as it would take an expansion to implement fresh stuff but what they should have done is make more missions where you collect stuff and make it so it lasts a lot longer, EG. make it more of a grind

Dont worry you will have plenty of tears to share when you watch the “Death of a Game: New World” on youtube in late 2022. Save them for my guy.

It will probably be the same reaction I had when watching his “Death of a game: STO” or Death of a game: SWTOR. Lots of laughter. Kind of hard to take a guy seriously when he’s declaring active MMORPGs dead. Didn’t Wow die every time a new MMO got released?

Calling swtor, a game which started as a MMORPG and is now a single player roleplaying game alive is hilarious. Thanks. Shows us who supports a game as broken as New World.

Don’t worry OP…its totally fine to lose nearly half the player base less than 30 days after launch. (And still have thr transfer system completely non functional)

By no means am I downplaying what you’ve posted but most of it is just simply inaccurate. While the first day meltdown (which happens in like every MMO launch ever) did happen and queues turned people off, the levelling grind isn’t bad at all if you’re looking for an MMO. Even the sweatiest of players got sidetracked by something in their grind which is literally what an MMO is, its a living world that you explore.

If this game had mounts it would be convenient but that’s all it would be, mounts in this game are pointless when you look at how long it ACTUALLY takes to get somewhere on a straight run. Not to mention when you get your 3 houses and your inn set up the world feels absolutely miniature and you hardly ever even use azoth unless you’re using it to get up north which will basically pay for itself in vial drops/mobs killed.

As far as wars go I’m not really sure why you’re complaining about one of the most hyped and enjoyable parts of this game specifically, like idk who you mean by “Many players” but you’re definitely the VERY FIRST person I’ve ever seen complaining about the timeframe of wars. If they killed the time down a SMIDGE and i mean like 3 extra hours of unavailability to put a territory into conflict then sure I guess…? But the second you add a day or more time in that aspect the issue of one single company conquering a server and making millions of billions of gold will happen so that argument is just going to create another problem if it were ever to gain traction.

While I do agree that if combat is all you look forward to when you log in, the end game is quite scarce. But if you were around for like any point of time before launch you would know that this wasn’t planned out to be a PvE game in any stretch in the beginning so complaining about things that got tossed in like last minute to make people like you happy also is kind of a big weird, champ.

The lack of communication isn’t really a thing either, it’s simply their placement of communication is terribly thought out. They’re replying to things you just don’t see it since they’re not putting their replies out in any real eye-catching way, their communication comes in the way of replying to posts like these with actual posts that very much should be placed into the dev tracker/official announcements board. So while you’re right in a lazy sense, it’s still available if you look for it.

All in all, I log in and play easily 10-16hrs daily without even realizing how much time has passed because its fun. Whether I’m with my company doing chest runs or farming a boss that I know drops an item I’m excited for, losing myself in gathering things to continue my crafts, or going out with my company members and flinging zones into conflict and fighting over whether or not we’ll complete it with the company holding the territory I’m never tired of the game because it has tons of things that appeal to me and that are fun. If the game isn’t fun to you right now then look into doing other things with friends that you find enjoyable, sink some time into crafting and become a 500k-illionaire, there is loads of different things to do if you stop focusing on the the ONE weak point that’s eye-catching bc it was rushed and not intended in the first place. What we got is still solid and enjoyable.

I truly hope you take something from this post and find something you enjoy in this game, and if not then better luck in the next one you find!

Come get lost in the sauce, my friend.

I left clicked a boar/bear till level 60, now I’m bored.

Calling swtor, a game which started as a MMORPG and is now a single player roleplaying game alive is hilarious. Thanks. Shows us who supports a game as broken as New World.

I haven’t played it in years, but that “dead game” still has a lot of people playing in it and also has another expansion coming out in a few months. So… 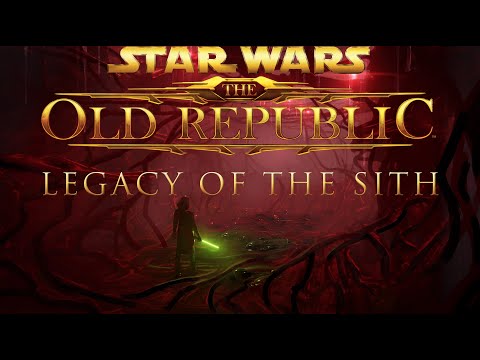 Sorry, but your favorite youtuber is full of crap.