So instead of a 90% drop we have a 90% drop. Thanks OP for the clarification

The thing with this game is for me at least.
I love grinding I mean I played l2 and it’s tru grind but in new world you need to grind boxes. I don’t like grinding boxes too be able to upgrade my gear score grinding npc is possible in new world also. But then just give me drop rates from 1/10000 on full item drop so I don’t have to deal with stupid gear score up grading. Beside that after I did that there’s nothing to do. Lvling was just to easy there’s no need for pvp over best xp spot no need for anything. End game is like running for boxes and that is the reason why I left.

I can grind npcs for hours fighting over xp spots for hours etc but this is non existence in new world. Ofcourse I know not every game is the same but apparently not many people enjoy the stupid way of lvling up your watermark score.
Then let alone the amount of exploits that where in the game. Which didn’t bother me.
I just don’t like grinding for weapons or armor that drop piss easy but you need a ton of them. I rather reward crafters or have huge amount of luck to drop full item.
I mean ones you did cap out your water mark all you need to grind for is the right traits on weapon.
Yes sorry not my thing. I like the game ore 60 at 60 I got bored within few days kept my self going for few weeks but then I had enough of it

For sure… Then you probably don’t understand anything about your job - or how do you explain this questionable source (mmo-population)?

Where do the 1.5 million not accounted for via steam go?

Surely someone can answer this. Not trolling, genuinely curious how the fuck they have 1.7m players but less than 10% of that ever concurrent.

Another note to add, New World has been the top MMORPG on Steam since launch. Still today you can view the stats on Steam and see that New World is #1

Also New World is back up over 100k concurrent players and it’s not yet peak time in North America.

New World has been the top MMORPG on Steam since launch.

How does it compare to MMOs that are not exclusive to Steam? Most MMOs allow loading the game without going through Steam so obviously their numbers will not be represented.

MMO-Population displays their numbers based on active people on NW subreddits / discord groups etc and doesn’t look at any actual playernumbers at all (If somebody is active in multiple reddits or discords it counts them multiple times).

It is not a credible source my friend and the playercount actually dropped just like you mentioned from 900k peak to 120k. The only credible source here is the steam charts as NW can not be played on any other platform currently.

That’s not a good game design, the game starts when you open it, create your character and press play.

Question, those bashing MMO-Population, are you anti-covid or vaccinated? Just wondering if there is a link.

So what I’m hearing is a million players is a pile of dookie and we indeed peak below 100k in NW now??

And now again with this patch!

Meds got you down?

Luckily they have meds for that too!

MMO-Population, blablabla. On STEAM, it’s number 3 right now and top MMO. So, buzz off with your so-called evaluation of MMO-POP, cuz you can’t read their method.

When comparing numbers, in Data analysis, it’s important that the same method is used to gather the numbers. And reddit users are not the only data they factor in.

A very strong majority of players only play less than 3 hours a day. But wait, MMO-POPULATION this and that.

I don’t think any skeptics believe a million people play New World on the back of this argument.

Most of them already believe the 100k that do play are comprised non-trivially of bots. 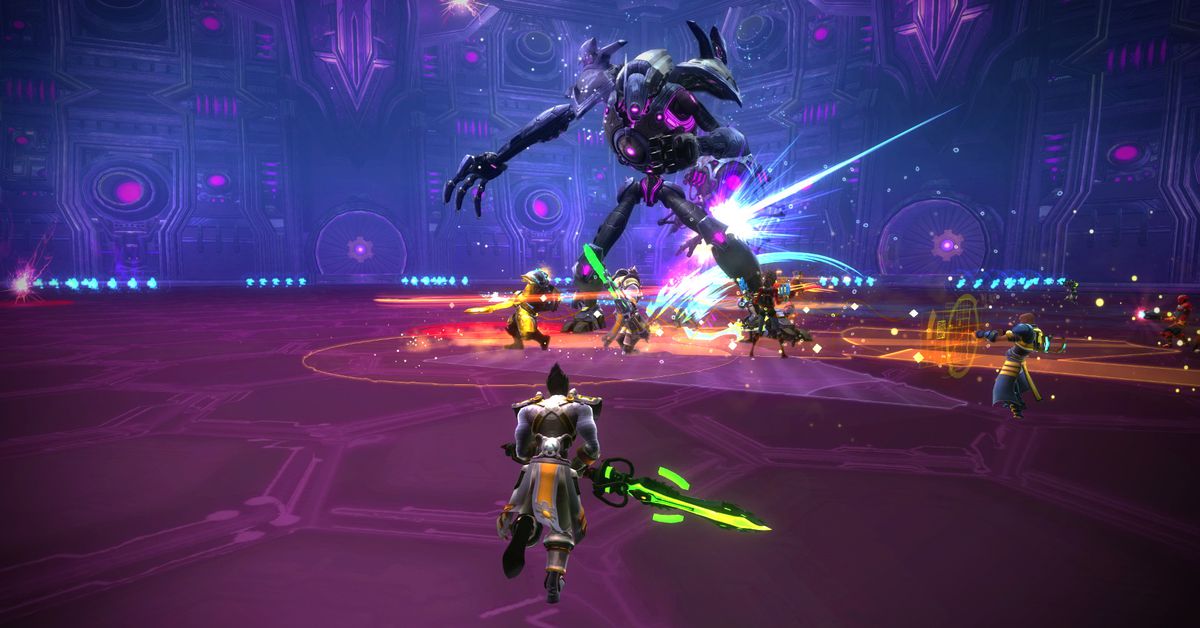 WildStar will shut down in November

Carbine Studios’ sci-fi MMO will go out with a bang

But wait, MMO-POPULATION this and that.

Finally a statement I can agree with!