Are you serious AGS? Spear has mobility tons of CC and high damage! on top of that it has ZERO cooldowns! Do i need to say more? ITS DOMINATING PVP DO SOMETHING! Spear and blunderbuss need to be nerfed!

Spear is very op do something or the game will die

Spear over powered? in what kind of content because its not used in wars or large scale. Do you mean in 1v1? well yea it is because its a weapon build with 1v1 with no group utility or AOE unlike the warhammer and great axe.

Either you let weapons have strengths or you make all weapons identical in their AOE, Utility, Damage and Mobility.

I consider this solid cringe, but what actually is funny in game atm, is that most of ppl dont even know for sure, if bow is now nerfed or buffed. :DDDDDDDDDDDDDDDDDDD Srsly, just go and ask one by one, in general impossible to make any conclusion from players opinions. Just more nerf topics guys lets goooo, the less clue you have, the more you should come toshare your PoV.

This is why i facepalm everytime someone asks for grit to be removed. Spear is rough to go against. I even flinch when i hear that vault kick sound because i know what’s about to happen. Even moreso i have respect for all the people that got the heck out of the way when i tried to use vault kick on them xD

I also know what willhappen most of the time - someone will make ping-pong ballfrom you and send you back where u came from. :D:D Vault kick not having grit is the most comedy I have ever seen in any game.

Real spear experts don’t use vault kick… massive dmg loss. Sweep is fast can save you in clumps with bleeding sweep. it re procs the 15% fortify on the tree so you get 7s 15% fortify for bleeding sweep perk and it hits really hard with downwards stab becoming one of your strongest and kill locking abilities. Perforate is the best ability in the game fast, rends, and fortifies, then we have skewer the strongest ability in the spear tree it give a fat 20% 10s empower and a nasty bleed

. Vault kick is easy asf to doge super slow animation it can help combo lock but overall not worth it over the kill potential of the other abilities and buffs/debuffs

another loser came to cry about a weapon again…

if anything spear is the ideal weapon.
all other weapons should be buffed to spears lwl so we could enjoy the game more !!!

That may be so, i cannot say for sure as i’m not a spear expert. But what i do know is that personally for me, if they don’t land vault kick to hard stun, they are usually dead. But that may not be the case for all builds.

I agree with most of it except vault kick. Sweep can’t actually sweep a bruiser with grit and vault kick gives massive empower if you hit someone bellow 50% plus it resets your other 2 cooldowns. Skewers needs a crit to proc the empower. Spear crit often I know. Vs bruisers they will most likely dodge sweep and perforate not ready for vault kick which will stun them and bring your cds back

I agree the spear is way too overtuned atm. Ags really didnt think it through what buffing weapons perks would do to some weapons. They also attempted to nerf the bow but ended up buffing it instead…

Spear and bow are still massively overtuned and they absolutely need to be rebalanced.

Spear has utility in every single ability, meanwhile a firestaff has nowhere near the same burst potential and no utility or CC at all… what the fuck?

Spear is how every weapon should feel.

I wouldnt want devs job of sorting through this rubbish

It doesn’t actually have very much mobility. What you mean is “reach”. It has a lot of reach

The amount of posts for nerfs in these forums ever since beta is so stupidity high. Whenever a player can’t deal with a certain build they cry over here about some nerfs.

If some build is not intended to work the way it is then im all down to nerf it. But just because someone smashes you in OPR with a weapon dont come here and cry about it. Deal with it.

This is an MMO, one or two weapon combos/classes will always be dominant. It is just a matter of time when it changes to another meta and all you can do about it is find a way to deal with it.

Spear = use some thrust dmg reduction, get full 5 piece resilient, find a build that can sustain the spear 1 shot combo etc etc.
If you play just 2 weapons then uninstall the game and go play some pve game bcs pvp is not for you.

Yea spear has no cd and tons of dmg - but only if you let spear user to hit you.
Did you ever notice how visible are all spear animations? Sure its not easy to stay out of spear user but it does not make spear op. It is very strong, but i woudnt call it op.

I memed about it in the begining of this video 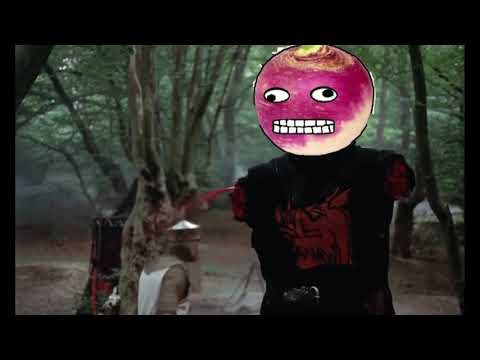