So, today on the agenda we have a baseraip of the opposing team in Outpost Rush mode. Here is a good example of how everything happens, if suddenly someone forgot about such a phenomenon or, for some wrong reason, did not come across it: 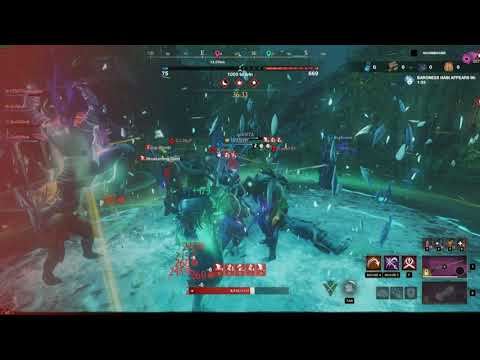 By observing all of the above, you can achieve healthy competition and play. A stronger team will not be able to kill an opponent on CD even without letting him leave or simply spawn. Stakes will prevent you from entering the main gate, and an invisible (translucent) wall will not let through magic spells, arrows and a bullet from a musket.
I’m just a player who plays this game. I ran into
this trouble and immediately know how to solve it. This is a simple hack solution that does not require large expenditures for redevelopment of the map, it is enough just to add several models to the existing landscape.
I can’t even imagine what the AGS was guided by in the map design. I have already given a ready-made plan for eliminating the baserape, you only need to enter these edits. Everything has already been thought up for you by more understanding people.

P.S. I also want to draw the attention of developers to the acute problem of endless mass controls. Having several hammers with area-effect abilities can get the immobilization debuff from each of them at the same time. We need CD for control so that one target cannot be immobilized or slowed down a) by several identical debuffs at once); b) permanently immobilize the target. It is necessary to add a cooldown between one immobilization, while the action of another is unavailable.

A brute defending your team’s entrance would work better I think.

If the enemy team manages to push you so far back they would have to deal with fast respawns coming in and a brute.

This will give the loosing team much better odds to push out, and it’s super easy to implement.

no really. You were either not in contact with the baserape, or you were on the side of the attackers. it is simply impossible for defense to do anything when literally they are unable to move and attack after respawning. when 20 people at the point catches small groups of enemies that have just appeared, this is a loss. This can be found when a strip of points has not drilled even hundreds. This is a losing match. You just need to prevent the near possibility of baserapping, and not strengthen the protection.
in the video, I clearly showed what this leads to. It is better not to allow attacks than to intensively heal the wounded.

I think something like a 100% increase in damage for the spawning team if the attack is made inside the spawn area would stop camping, and would be hella fun raping the spawn campers