Performing light attack while trying to do a heavy attack?

Note: I’m not trying to come off as being mean or upsetting by any means… But isn’t this what the test server is for? how did this make it out of the PTR? Who’s testing it to make sure things are working properly or not? It’s their job to make sure things like this don’t happen, now you have several more things to address instead of moving forward.

This is making combat feel incredibly bad. I LOVE the feints… I love the azoth costs, I love the dodges… I hate the Desync, and Hate how this bug seemingly happens every fight where I get hit while trying to perform my sexy ass moves. 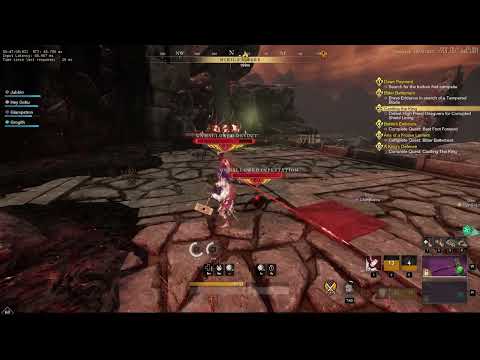 First section: I tried an armor breaker followed up by a HEAVY… I performed a light attack, and it came from the bottom up almost in reverse-like… Like it was the second hit to hammer’s light attack chain…

Third clip: I tried to do armor breaker and follow it up with a heavy attack, and I just sat there like I was brain dead.

With 300 STR I know well enough that this method of swinging does NOT get interrupt (pre patch) I’ve been doing it for months without any problems… This patch broke something, and in a BAAAAD way.

all the issues seem to stem from ME taking any form of damage while performing certain swing techniques.