my nick is flavio, i play on jotunheim EU. For a week now, the whole Black Pearl guild has been abusing a frost glove bug that causes server lag, making them immortal during wars. in doing so it is impossible to pvp because no matter how much you do damage they do not suffer it. to activate the bug it is enough that more people reach the AOE skill of the glove in one place all together, by doing so they are within the area of ​​effectiveness of the skill and magically, even if 50 people use all their skills in that point none of them take damage. from this video you can see very well, do you think you can do something about it or do we all have to ask for a refund? 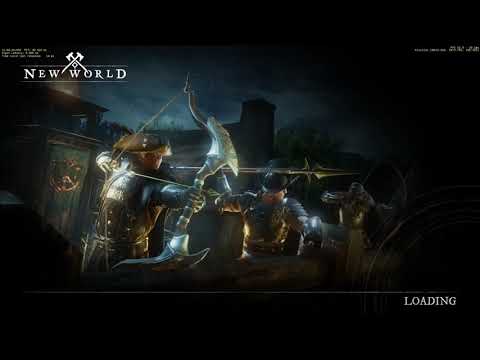 They must be banned ! Because they are ruining players game experience.

AGS maybe now is time to do your move, just asking, nothing more…

It’s been 10 days that Fant4 and his team have been doing this. And an absolute shame they took all territories with this Bug. And you at Amazon Gaming aren’t taking any action. Please do something for the healthy community playing your game. This video is clearly a Cheating of the Black Pearl clan

i’m tired of this thing on Jotunheim server, they’re still using it after a week and no one got banned nor amazon did anything about it.
what a shame

That’s not acceptable, AGS should take some serious measure against this situation.

Ah that’s really nice. A war where you Can’t fight a real PvP because enemies are immortal. So basi cally in defense now people they just cane defender a point standing still and gg. Good job

Just disable ice gauntlet in war till this shit is fixed and take some serioud action against bug abusers, they are destroing the server economy and player base, server went from 10k queue on prime time to no queue within a week. If the bug abuse wasnt ruining the game on its own, they whole company attitude is killing the server. after exploiting the bug that got them the city they max out all taxes and city income, this has to be taken care asap, every day we are losing active player on the server on every side.

Clearly an incorrect attitude. I think there is also the use of a famous offline program to slow down the reception of packets.

It is really ridiculous how people appeal to the use of bugs, when simply a guild is born and structured to do pvp!
In the war all lagged indiscriminately defense and attack!
We won war in defense, and they accused us and war in attack in 8min and they accused us!
I don’t understand the point of accusing only one guild just because it’s stronger at the moment!

I add, when people were making armines we were already at 60!
When people discovered level 40 we were already making end game maps!
We are always in pvp from level 1 to level 60!
We have experience of alpha and beta and programmed step by step leveling, farming and pvp!
Do you do this?
I am a healer I studied my build even before the game was released, I study builds for various for occasions, I look for gear and where to go to find the gear, and weekly we have a comparison with other guild healers to improve our class, you do you do this?
Before accusing a guild of using a bug, find out about that guild’s history!

Regarding the video of the war, at the end of the siege the first 9 healers of the war were yellow, the 10 healer was purple with a detachment in abysmal care!
we play with the lag too, the same! 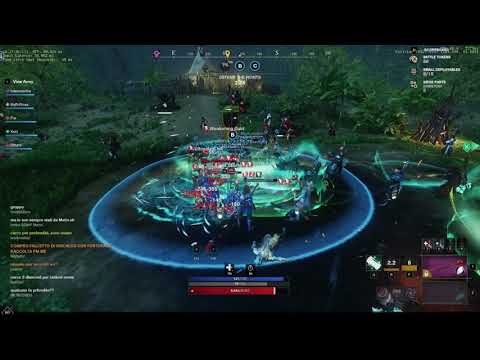 I must admit that you are nice, having said that, I would like to point out that you have fallen off your red clown nose. look what ever since this bug was discovered you 3 started winning every single war before you got slapped by anyone. obviously for you it is normal that 50 people are all equipped with the glove and that simultaneously pull the same skill in the same spot and get in the way. it is always normal that those people once inside the area of ​​action of the ability do not suffer damage, right? do not worry all the material has already been made available to amazon support … have fun (while it lasts)

Wake up AGS, those toxics guilds are ruining your game.
Same problem in many servers, in Ekera, Frogue One is abusine since day one in every single way and in total inmpunity.

Sorry we only lost 2 wars on offense.

So sad, and they tell us they ar the best tactician XD

how can you even call it on “fareplay” and “preparation” when you clearly abuse of known bug that you struggled to reproduce and still push so hard to play and enforce ? if that wasnt fun on its own you also moch it up with a rogue attituted making all you can possibly do to achieve the maximum advantage out of the current situation of impunity hoping that someone can slip trought the ban hammer when it will strike up on you.

The company Frogue One is using it on Ekera aswell.