Players still actively duplicating items & gold - Not all exploiters are banned, why?

no reply from CM or DEV ? this is urgently important 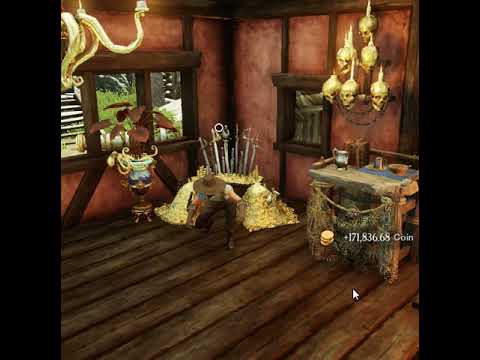 sigh - What is the point in playing fairly?

No more? That’s it? Did not even display inventory? Use it in market? Its like a video of UFO and then ends, but we should believe right because its a video

I do not see why they don’t just ban all accounts with X amount of specific items. Like if you have over 50 void bent or azoth its a ban.

Woah calm down. I have over 50 vials of azoth farmed since the beginning

You should have been selling them. There is no reason for you to be hoarding that many.

Why though? Once I start crafting I might need them, or once I’m out of quests. Although now that outpost rush is working they are mostly useless probably. And dupers have enough anyways.

I’ll keep them for emergency situations ^^"

btw if u didnt knew yet… all the bans are completely worthless to begin with, because:

[EXTREMELY CRITICAL] Un-Ban yourself (method inside) Bugs and Exploits

What is your character name in New World: NewBugs What server/world did you experience your issue on: All Describe the issue you are experiencing: You can un-ban urself by steam family share Is this a bug or an exploit: yes (if a bug) How did the issue effect your gameplay: cheaters can unban themself and create free accounts to cheat on (if a bug) Were you able to recover from the issue: no, its the final blow. What are the steps to reproduce the issue as you experienced: simply use steam fa…

100 each on what server. Before the dupe they were 250 each on my server. And it was an example damn.

Honestly I feel players have given AGS more chances than they deserve.
(1) fixes don’t work
(2) bans don’t work
(3) you don’t even ban – lag exploiters and invincibility cheaters from literally weeks ago are still not banned and there’s still no make-good for the affected servers
(4) you pretend past mistakes and issues raised didn’t happen and aren’t still happening
(5) a lot of bugs reported don’t even make it into the Known Issues list literally weeks after they have been reported and confirmed by multiple players

Here are lists and testimony of outstanding issues.

The same happened also on Albraca…within 1 to 2 days Syndicate took over almost the whole map and resulted in massive player loss. In 1 day we lost 500 players. Used my transfer to this server and now im stuck here on a broken server which is loosing players constantly. If u dont bring back another free transfer for all players, at least keep a paid option in the shop! @Luxendra

All you’ve succeeded in doing is driving off legitimate players.
The remaining players pushing for more PvP and more flagging are cheaters with duped money buying duped top-tier gear and using known exploits to win.

I gave NW a Thumbs Down on Steam and I urge everyone to do the same until AGS takes tangible, just action. Not just for current issues but for the ones they mishandled.
Don’t let others buy the game and discover this rampant cheating only after it is too late to get a refund.

I think the simplest explanation is this:

We at AGS won’t ban all of those guilty of cheating and exploiting our piddle poor code, because if we did, we’d probably lose 50% of the remaining player base. This is not in our interests as there wouldn’t be any MUGS buying tokens in the shop. We thank you for playing honestly and within the rules but rest assured we do not give a toss about you, but while we’re at it, please have this free skin to keep you occupied. Have a nice day y’all

I just saw a picture of someone with 500,000 azoth bottles. (forget the name essence or something) his inventory was full of stacks of 10000. i struggle to get anywhere on my server because we own 1 territory. This along with the coin duping video i just saw is why im done with this game. As negative of a review as i could come up with on steam to stop anyone from paying anything for this game. GLHF all the exploits along with the credit card warriors make mmos an after thought period

Decision are made some steps higher sadly, the devs dealt are rly bad hand by now… 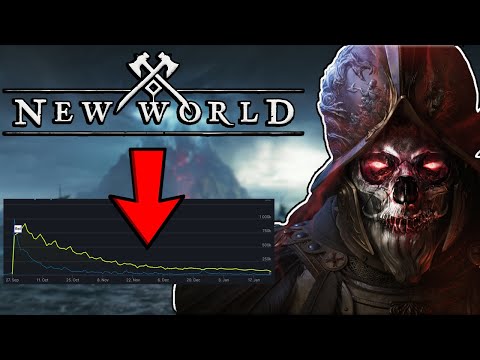 Oh don’t worry, I’m quite aware that the decisions are made by

s, further up the chain.

Which is why, as usual, it’s an absolute joke currently.

LOL. Your hashtag destroyed all your credibility. Bye.

If AGS doesn’t solve the dupe problems these days, NW is dead game…