Please revert the dodge roll. For light and medium 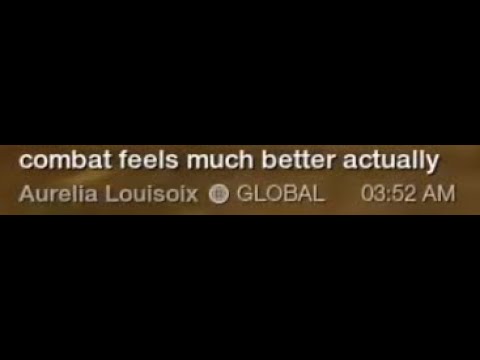 The issue with the new roll is that it fully dedicate you to one direction and you have no ability to change directions. This gives a slippery / Ice skate like effect. Due to this effect most players will find themselves constantly readjusting their position and then it makes for awkward movement for alot of players.

The only people who think the new dodge is good are the same ones who use it to disengage. Any one who plays for accuracy of movement will understand that the new dodge feels more slippery, more inconsistent and extremely frustrating to use.

A solution to this issue would be to allow us to either dodge cancel still or allow us to readjust the direction while actively dodging.

The idea was to remove dodge cancel in general but this heavily effected medium players who used dodge cancel to remove the delay. The delay is still present in medium armor and its extremely noticeable. I do not know if this is intended or not, but this makes movement in medium more sluggish and stagnant effect.

The solution to this is removing that end delay on medium or returning dodge cancel. This is why most people in medium feel light is over powered. Because their is significant delay in their dodge compared to light.

I do not inherently support the idea of dodges being canceled but they add more consistency in control to our movement.

They should not give anything to medium. It’s the least balanced armor set, at least numerically. They should revert the light armor dodge roll. They made the game “easy mode” for some reason. Animation canceling at least was some sort of movement mechanic to further the skill gap. You could do it with any weapon. I get removing it if it was needed to improve server performance, but since the game is worse than ever it clearly was not for that purpose.

While I agree that having the cancel to increase the skill ceiling was nice, the issue I had then that’s nice now is that in light you can roll with whatever haste you have and keep the momentum

If we could dodge and actively turn directions that would breed more accuracy of our dodges rather than being locked in one direction.

oh for sure, you can use A/D and 180 your camera for an arching roll to keep it tight and remain facing the enemy

Thats what my video shows. The difference between the sideways rolls and the forward rolls. Just its awkward when you have to turn a corner, you arnt going to make your character parallel to the wall just to sideways roll around a corner cause that would feel unnatural.

So simply allowing us one of the two options would be inherently better.

I play light, i agree with you but maybe we aren’t supposed to roll and shift our momentum

Even if we arnt, the most important thing about dodge roll will feel 100x worse if it stays like this.

LA dodge is better. Ice part is rlly bad but you can lear to play with this. There are so many broken parts of comabt after last patch that i would not put dodges into top 100 list lol.

Try to chase someone on ramparts and see how consistently you can catch them with light roll. Not just running 70% of the time, actually rolling up the steps turning around and chasing them up there. As melee as range, anything. Just see if you can actually do that fluently and see how you really feel about the dodge roll after that.

As for how dodge roll is right now, the only peopel it benefits are those who literally disengage from the fight. Thats not really a good populace to base your balance off since those people dont’ really dodge around anyone, just dodge “Away” from them. So of course they don’t think about how they are gonna get away since its just a straight line for them.

The only people who think the new dodge is good are the same ones who use it to disengage.

You’re face tanking damage, and spamming dodges after light attacks There is literally not a single thing you do to maneuver with dodges. Not reacting to anyone, not using spacing, just m1 with spear + dodge while face tanking people who clearly do no damage to you.

Not sure what video you watched but…

The way I do it seems to work out…also I don’t “face tank” anything. I accept the hits that I can because I can’t dodge everything. That’s called stamina management.

Also yeah there was a lot of spear work in there, mostly because it’s better for dealing with healers, b u t there was also a whole lot of sns in there too if you watch the whole thing :l

You get 15 stamina per light attack on targets who are literally standing still. And dodging after you land 2 light attacks or a perf. Thats not using dodge to react thats using it to spam. There is clear muscle memory of hitting dodge after your attacks. Its not anything skillfull nor is it proper use of dodges. But thanks now i know why you think the way you do.

Not in this video you arnt. Its clear are hitting dodge in muscle memory because you landed a light. You should really watch your video again. The moves arent reacting, they are just habit. You don’t notice your habits when you do it like that.

I’m not going to say that I don’t have bad habits but mostly what I do is intentional. I do dodge a lot. It’s to proc the spear mastery for CDR and at the same time avoid damage. Also for repositioning.

You can nit pick all you want at single moments, but look at the whole clip. You are literally spamming dodge after lights. Thats not reacting its doing it out of habit lol.

Well, why don’t you show me how it’s done? I love to learn.

Choose any clip. Don’t care if you judge about skill levels or not. But this is literally what playing neutral looks like rather than being in habit of your combos.