It definelity isn’t the case, hence why we are confused. As i said above i run a paladin build almost 600 gs and fire staffs do almost nothing to me at all. I am very confused regarding this as i don’t understand this choice.

So i can understand the anger pouring out here.

They posted that they plan to make the changes live next week, they’re not even asking for feedback on balance changes, only on the new content and bugs. It’s pretty clear these changes are set in stone.

Im no FS user so I didnt even know this. Sounds like an issue to me, got my upvote.
Whole balance changes seem very out of touch with the game. Maybe they should hire IceFrog (maker of DOTA), hes actually a balancing genius.

Between punishing honest non exploiting players with increased exp required to level crafting, shitting about with 24h bans and calling it rain, and these ridiculous changes in PTR, I really don’t know what to believe anymore.

I’m pretty sure the crit modifier for ice gauntlet and fire staff apply to the auto attacks light and heavy which are considered spells. In which case they really didn’t nerf it into the ground.

To be fair, this isn’t an Amazon thing. It’s an MMO thing and it’s almost always the PvP crowd’s crying that results in PvE not being fun anymore. I’ve seen this in every MMO I’ve ever played. I think the perfect solution is to balance PvE and PvP separately, but nobody does this, so there must be some cost vs. benefit decision involved here. Too bad. Too bad for PvE players. 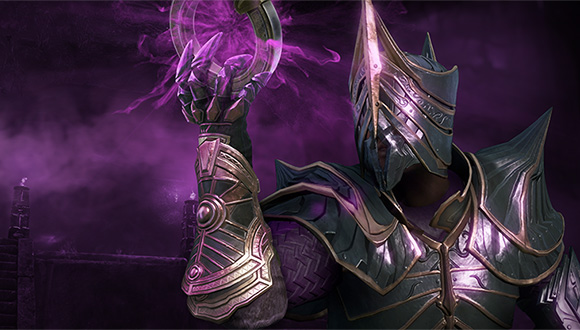 The Public Test Realm (PTR) is a limited-availability server-set that we will use to give players an early look at upcoming features. Learn more on how you can test out new enemy types, quests, and the mysterious Void Gauntlet.

CAN I PROVIDE DESIGN FEEDBACK REGARDING WHAT’S INCLUDED ON THE PTR?

Preview game builds on the PTR are finished with their core development and are in their final phase of testing and bug fixing. Our main focus at this phase is improving quality, although we will appreciate any feedback you have to share.

Really hard to imagine how this change made it as far as the Ptr. Makes absolutely zero sense.

Make healing potions scale off focus like the other poor choices being made.

My stance is the same. Until such time in which the actual implementations of what the OP is stating happen on live, it is pure opinion on their part. My statement still stands and I am not backing down from the statement that they sky is falling until such time that it actually does. When and if they do implement some of these changes from PTR at that time I will be on board. Until then the op is over reacting.

I agree, didn’t post it as a disagreement. It’s just we don’t really know their working practices and what their plans are. Judging by that FAQ answer for them PTS is literally just to make sure everything works as they’ve intended, not a PTS as we’re used to seeing in other games to gather player feedback.

Unless a lot of ppl state the sky is falling now, it will 100% be on live with the update. Even with the outcry, I give it 80% chance.

Then, once on live when you complain, it will be a bit late. Even if for some unexpected reason they actually listen to you and agree it was a poor choice, it will stay there broken for a month or two until they get around to fixing it.

Sky has already fallen a couple times over the last year

New World’s dev team are pretty ham-fisted about decisions and the fact that they’d even consider these changes on a test realm is confusing enough for people. Hopefully most of them are just proof-of-concept/practice in a controlled environment, since making things work correctly (like perks) has been a struggle thus far.

The less you care about good combat, the more you’ll enjoy this game. Sadly, that’s been consistently proven true with each update.

im musket spear but i feel for yall. Fireball can be easy to dodge if your paying attention to. This was a very drastic nerf to fire staff and ice gauntlet.

Yeah, I can see why it seems confusing I don’t disagree with that logic for sure. It’s hard to pinpoint what the devs are thinking, which leads me to think it isn’t the devs calling the shots. I think the devs are reactive at this point. It’s very possible they could implement these, and personally it would be a death knell to the game, I think. I do understand the OPs frustration to be fair, and now that I have read it a few times even sympathize with his/her sentiment, I think I am just trying to not be too hasty at this point. Maybe let the devs work through it and see what happens. What is important now is that people like the op report directly to the devs via the right channels of communication. Anyhow thanks for the reply.

This change actually makes sense from a development point of view. OP must be a mage with zero idea how game development or balancing mechanics work. Removing the ability for fireball to crit, regardless of being in the crit side of the tree allows for more meaningful choices in builds and expected values. This allows for the ability to be more based around skill then chance. The damage dealt will be normalized per cast rather then casters being punished for non-crits, and targets being punished for the skill rolling a crit. Fire staff is over powered because of the amount if crit and RNG the hits can have, this change puts it more in line with other weapons. This change makes complete sense for PVP balancing, there is too much crit available for the firestaff for it to be balanced while able to crit.