With the last crappy update, the PVP balance is completely destroyed and AGS doesn’t care or they still don’t realize

they even make changes so lousy that they break even classes that are on Equilibrium
the biggest example of this is BOW
Balance is very important in an MMORPG game. AGS should attach great importance to this issue. only then can the player avoid losses.
The Meta class has to be, but the Meta class must have an overall advantage of at most 10% over other classes. BOW is now 100% more advantageous than other classes and it’s not just BOW that creates imbalance

Rapier still in Super OP** To be honest, it should be like this right now because all LS users have to play Light armor because of the nerf you did to the LS, and it’s impossible to survive with Light armor in this meta, the only thing keeping them alive is Rapier
It’s already easy for them to survive with the Riposte and Flech ability
biggest crap Evade ability Free dodge,+20stamina, 20% haste 3s,

and you nerfed GA, the ONLY melee class in the game.
GW nerf is the end of the GA class
because the only skill that makes GA playable is GW
Without GW, GA is just a dummy with feet
You didn’t even make an effort to fill the void left by the GW nerf.
I sent you a lot of feedback that if you are nerfing the GW you have to increase the homing range to 4.5 meters
GW, GA’s only CC, GA can’t catch anyone without GW

Now when I invited my friends to OPR, all they said was “I DON’T WANT TO PLAY THE BOW SMULATOR MODE”…

Yes, it has ice shower which is still annoying and entomb which is a panic button. Panic buttons should not exist in a game with 6 abilities and dodge rolls

Only in OPR. And mostly because of rapier. You can go 5 con and shoot from a safe distance. Boring weapon if you ask me

It is overtuned. They should revert the attack rate or the hit box. Can’t have them both as it makes bow a bit OP

Zero balance between range and melee…

Because of rapier. Honestly, I wouldn’t have an issue with light armor if rapier and IG would not be in the game. Healers can run their vg/ls builds and I can deal with that, but rapier is a full panic weapon. You can tank bosses with that weapon…

GW nerf is the end of the GA class

I wouldn’t say it’s dead, it’s still good. But chasing light armor with rapier or IG is becoming a headache.

There are other problems as well, like BB one shot combo that can bring a heavy armor user with 200 con to 20% hp, or the VG/IG that can lock multiple people down and burst them in seconds while having insane defense.

While it might be slightly overtuned, there are A LOT of contributing factors to the “meta” …

The first issue is that people do not care to win. They just want the stuff.

This dude a fool

Gravity well ruined the game for months and needed adjustments. However, with the dodge mechanic in roots and nerf to nullifying oblivion you simply cant effectively kill clumps anymore when they stand in sacred.
Bow is just a silly weapon now. Its the go-to weapon for noobs with its insane hitbox and high rate of fire and damage.

Bow is just a silly weapon now with its insane hitbox Don’t trust my image? Here, I made a video highlighting the problem 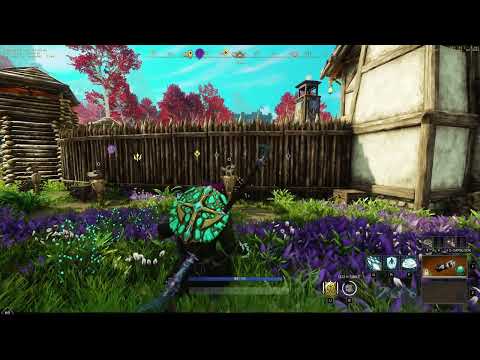 Yep. Nice images. Its absolutely ridiculous. AGS balancing at its best. This is what happens when you test changes poorly before you release them on live.

Do the same thing to the left of the target.

I’m not saying the hitbox doesn’t need adjusting but EVERYONE knows arrows fly to the left of the reticle. If you purposefully ignore that it reduces any credibility.

I think that the team in charge of balance pvp is the same that was in charge of monitoring the server population.

Only in OPR. And mostly because of rapier. You can go 5 con and shoot from a safe distance. Boring weapon if you ask me

Don’t think anyone really asked you if it was boring or not lol.

Also, not as safe as it used to be. Bows can 2 shot a 5-50 con, full resil, musket. Their distance is also the same as musket, and it’s not difficult to pull off. Plus the skitzo build is insanely common now. Just not worth trying to sit on a rock currently

Bow does need tuned down a little, but nothing significant. Rest of your crying is fine.

Currently, the weapon balance is in the best state that it’s been in for a while. Bow just needs a little tweaking.

Yeah, do that on the left side of the target now.

Do the same thing to the left of the target.

Yeah, do that on the left side of the target now.

Read the oringinal post I made where I did exactly that.

Please DO NOT nerf the Bow

Doing the same experiment, but shooting from left-hand side of the dummy and moving right (inwards towards the target)

The projectile size differences are still there, in a different order yes, but slightly… wow you don’t say bow’s still op!?! If we edited the above image, FS/IG Lights and FS/IG heavy lines would be closer together, with BOW still a huge outlier. The differences from Left to Right is SLIGHTLY closer together, as in ~5-10 pixels per difference, while the Right to left is… just watch the video

p.s. Musket was left out because its pixel perfect and doesn’t apply, sucks for those musket users

I personally go with heavy and Spear/SnS/GA and I think this is the most balanced moment in the game, the bows don’t do me considerable damage and for those who escape with rapier, you just move on to the next one.

Zero balance between range and melee…

Because of rapier. Honestly, I wouldn’t have an issue with light armor if rapier and IG would not be in the game. Healers can run their vg/ls builds and I can deal with that, but rapier is a full panic weapon. You can tank bosses with that weapon…

Sounds like a L2P issue from a salty melee. There are more Bow (ab)users on my server with secondary Spear than with Rapier.

If anything is an issue for the Rapier Healers it’s still HEALING as it always was the case.
They can stand inside sacred ground and literally laugh at your attacks no matter if Great Axe, Fire Staff etc.

Healing (at least for PVP) needs to be nerfed tremendously and let them do a little more damage in return too.

False. The hitbox is too large and that is really it. If they went back to the old hitbox or split the difference, you’d see far fewer bow users.

Most your issues are more likely rapier problems and MAYBE spear (they both cover the only weakness of bow quite well … if you get close, they can either lock you down or just get away untouched).

Keep telling yourself that bow is not over-tuned. Leaderboards for damage in every mode show differently

If you balanced around leaderboard damage, this game would be even more trash than it already is.

Also, I already said it was over-tuned. I just don’t think it is offensively so. The reason so many people play it is more complex than “It’s OP, dude.”

The dev’s do look at the data. They reference it all of the time. Bow’s damage is an outlier.

On Valhalla 10-20 players per/side are playing bow now and they’ve switched because they believe it simply is op for OPR yes.