When do we get a second transfer token? I started on a different server from all my friends because new character creation was disabled on theirs. As soon as possible i transferred to their server, and now they all transferred away without realizing i didn’t have my token anymore. When will i be able to join them on their new server?

I apologize for this inconvenience, at the moment we don’t have information on when will the option to buy tokens for transfers be available, however the dev are working on this.

"Transferring again will require an additional token. Our team will continue monitoring world populations, queue times, and will evaluate the need for an additional wave of server transfer tokens to be given out for free. After we are sure players have had plenty of time to find the right server for them, we will later make server transfer tokens available for purchase in the store. We will give notice ahead of time when tokens are changing to a paid service. " 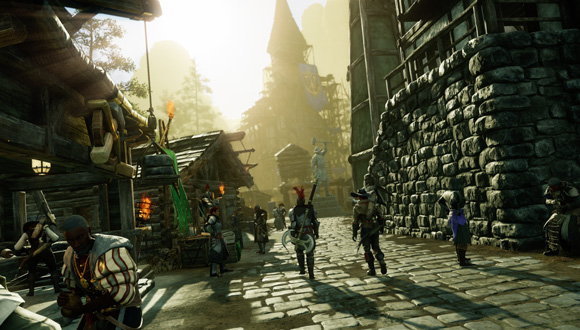 Find a list of recent bug fixes, learn how to claim your free transfer token, free emote, and how to transfer your character to a different world.

So I am stuck playing alone on this server filled with toxicity until paid tranfers or a second wave of free tokens are available? That’s rather depressing, but thanks for the reply

This sort of situation is causing thousands more to stop playing every few days. Players want to be on servers with healthy populations and with friends.

As these servers are small communities often if a few bad actors start pushing people to not enjoy the game, and no option to play elsewhere exists, they just quit.

The developers need to take a step back and realize that this anxiety is the NUMBER ONE issue in the game right now. It is causing the greatest player anxiety and guild drama in the game atm. It needs to be bumped to the top of the priority list.

Rom, I came back from my holidays to find the server my friends are on was locked due to overpop. I leveled a character on another server for 2 weeks until the first tokens then transferred.

The server I transferred to also died. My company and friends are planning to use their token asap to move to a higher pop server, probably next week.

What should I do?

A)Quit the game and forget it ever existed!

B)Rage over the 500H I spent playing just to end up on a server with less than 100 players and no friends?

Our team is looking to provide a second wave of server transfer tokens to be given out for free. Estimated timing is before the year’s end. We will keep you updated if that changes.

We will later make server transfer tokens available for purchase in the store. We will give notice ahead of time when tokens are changing to a paid service.

You can find more information about server transfer here:

Have a good one!