Hello,
I saw some reports of a similar issue from a few months ago, but I’m not sure if there was ever a solution.

When I enter some areas, I get this extreme lighting/shadow flicker. I think the common denominators are the low fog on the ground and the darkened sky effect. In the video above, I am in Sleepy Tallow. I’ve also seen it in an area in Brightwood, but I was too low-level to be there, so I was sprinting through. This flicker is very extreme and causes me great physical discomfort, limiting my ability to play in these areas.

My drivers and OS are up to date. I’ve tried messing with all of the settings to no avail. All temps and voltages are within spec. All game and system files are verified. I’ve also watched other videos on YouTube to confirm that this graphical effect is unintended.

Some people who have had this problem in the past but never posted a solution:

I am actually having the exact same issue with shadows flickering. The GPU is RTX 3070 Gigabyte OC. Latest Nvidia drivers, lastest Mobo and GPU BIOS. Here is some footage: Same location as posted above: 2021 10 06 00 28 04 - YouTube Different location, similar issue, but less frequently shadow glitches 2 - YouTube Time on the video when the issue is visible: 0:16, 0:38, 0:46, 1:16 Is anyone else having similar issues? Is it hardware or software related? I do not seem to have issues like…

r/newworldgame - Flickering lights, really annoying. Anyone else had this? 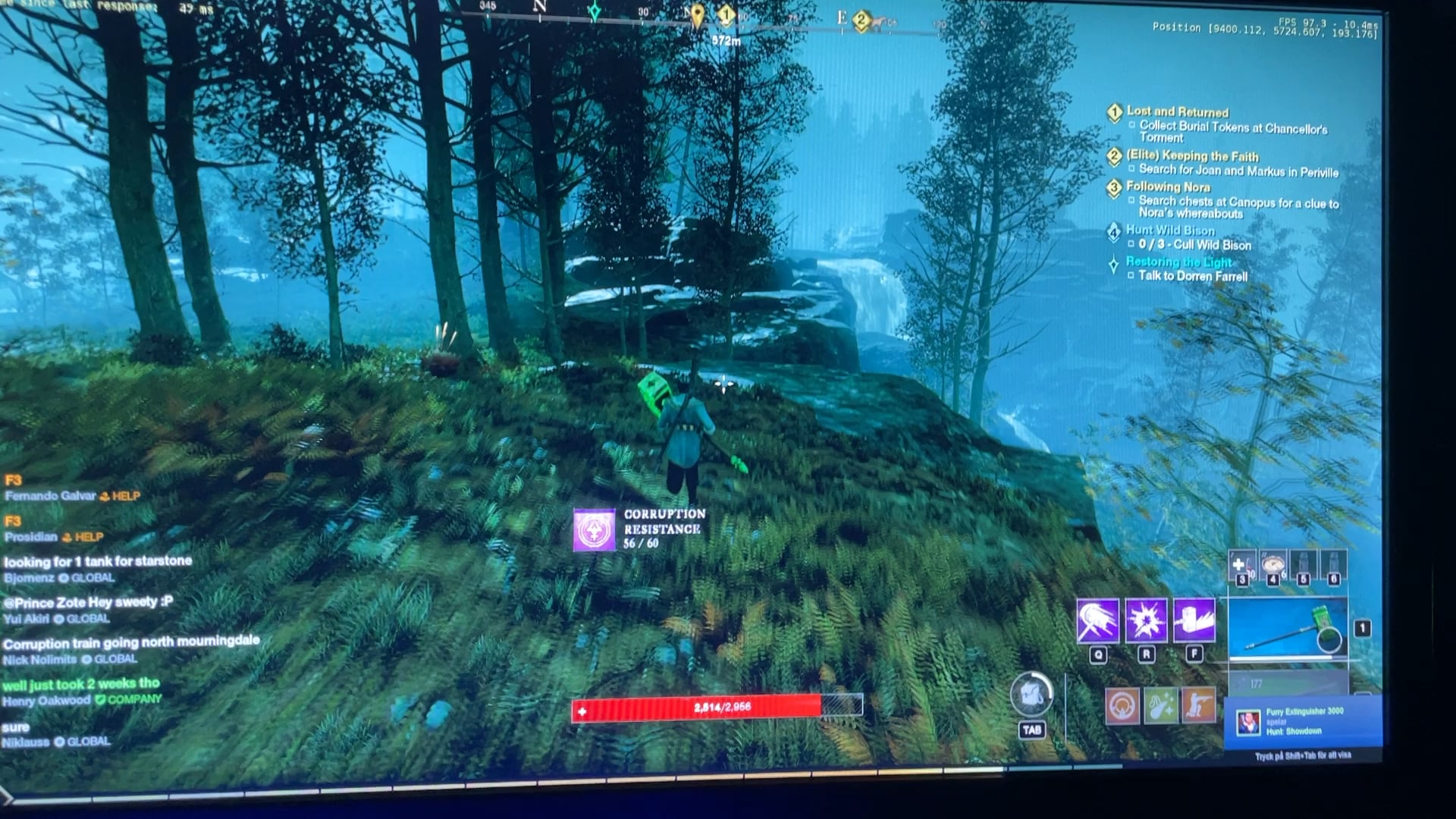 Thanks for bringing this to our attention, I’m really sorry that you’re dealing with this flickering issue, it is interesting to see that besides the flickering there’s no other stutter, there’s no lag, frame drop nor anything.

Can I know if this happens specifically on this region from the video you shared or at every foggy area?

I’ll be waiting for a response on this so I can provide you the best steps to follow next.

@Wyvernn It doesn’t happen in every foggy area, but some. I looked at a map to figure out where I was running in Brightwood, and it was the Azoth Tree. I see it was on the Known Issues thread at some point, but its last appearance was May 26th, I think:

Greetings Adventurers! As we go live, there’s going to be issues that pop up while we are actively developing and breaking things within New World. These are some of the Known Issues that we are currently aware of and actively working on resolving. Looking for our Release notes? Click here! If we have any workarounds for a known issue, it will be posted here! General Player can sometime lose their face after teleporting Azoth Tree area lights flickering Arena objective disappears fr…

I’ve seen it in another place, but I’m a noob and can’t remember what it was called or how to describe it… but it’s those places that have the Washington Monument symbols on the map. I think it was Elafry Pyrgo, but I might be wrong. It was either artificially darkened or it was nighttime. You could go inside the large building, and there are pools of water inside with fog rolling above them. That fog flickers.

Yeah… that was really poorly described. But if I happen across any other areas like this, I will make note of them here.

All other areas I’ve been in have been fine. I’ve pretty much only explored the four 1-25 zones, though.

@thrashette, thanks for the update, I was checking the latest Known issues report (take a look at it here: Known Issues - Summer Update) that was released 8 days ago and I can still see a reference of flickering > Moonlight flickering rapidly near Rattlevine Ridge.

I wouldn’t be able to tell you exactly why is this happening but it would be really helpful if you could reach us via chat using the following link: Contact Us | Amazon Games to create a support ticket and review your case deeply.

Please make sure to have the DxDiag and Gamelogs ready once you reach support, you can pull it following this steps:

If you need further assistance in any other issue please don’t hesitate in reaching us again!

Thank you, I don’t know why I didn’t see that. I’m assuming it’s all the same issue, but I’ll open a ticket just in case.

Edit: I am a big dumb, and this is the same place as the one listed in the Known Issues thread. I hope it gets fixed soon.

Have had this happen a few times also, over the course of the game launch. Quite rare, usually caves for me.