Misinputs is a series created for the community to improve or gain insight into different aspects of New World through other players’ mistakes instead of their own. This first installment focuses on the Barnacles & Black Powder Expedition.

Share your funny and serious experiences along with any takeaways from the new Expedition (Normal or Mutated) for a chance to be featured on our official site.

I made a video with parts of other new world videos, telling the tale of the heart of the ocean.

The audio is in portuguese, but the youtube subtitles are active.
Can I join? 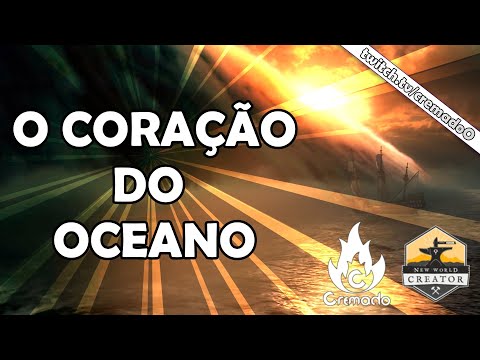 fun expedition, the only but is that the 1st boss is way more fun and good than the final boss.

We headed into the caverns, looking for adventure and, of course, treasure and glory. Low and behold, what we found was mayhem and destruction.

The bold healer moved forward and ran into not one but two crazy bombers. They ran as fast as they could, but it was no use. In a moment’s time, they were engulfed in a searing golden flame, and the party screamed out.

“Move now you only have a moment!”

In a fit of rage, they all ran forward and struck down the healer, the explosion echoing in the cavern walls.

An echo was all that remained, that and some ashes from the fallen comrade. The angry earth consumes, the angry earth takes away., and in its place something new is born.

I used to do this all the time For Asheron’s Call, was so wrapped into the lore. Just wrote this on the spur of the moment from a recent adventure. Also I do a lot of writing for DND campaigns.

Can I talk about that time in early testing where we were simply testing entering / exciting but I couldn’t help but bring the first mob to the entrance and kill everyone who wasn’t properly geared up? And how I will probably never be invited to test with them again?

First run my game straight up crashed to desktop. On the 4 next runs the final boss had spawn bug issues. I got trapped inside the final boss stage where she was bugged. Leaving the expeditions doesnt work so i had to relog for 2 minutes. Run through the whole dungeon again which lead to us wasting one of our 25 runs to a bugged bronze run and had to do it all over to progress further.

Also a lot of the mobs throughout the expedition spawns way to late or inconsistant so we have to stand and wait for them. There isnt good storys to tell yet, only frustrating moments that pushes me towards not entering a new run.

What was your name at the time, because I’m pretty sure that was my group:)

Hahahah this was before it even hit PTR!

So @Aenwyn straight up trolled his group.

I wish I had a funny story to share in live, but I don’t. I do have a funny story on PTR. When we first saw the kamikaze rushers after beating the gator boss, we figured oh ok, no worries, just grav well them or ice wall them in place, let the blow up, we move on. Well, what we didn’t know was how powerful a blast these things had. Two of them exploded, thought the third was dead. We continued on until from behind, the healer bolted ahead of us and we started yelling at him to stop. Then all of the sudden, KABOOM! Wiped us all but the healer. I like it. Just need more story to the final boss.