Some are are saying they want to merge together all low player counts first then later on move them all into a single server on certain world sets that only have 1 high pop server that could easily house every other world together and only be about 500 or so more max, guess we wait and see how illogical the merges are going to be.

I play on Ursa. There’s no mention of Ursa being merged to anything in the official merge-thread.

But when I log on I get a message that says that Ursa is going to merge with “several other worlds”, but when I check the worlds it says it won’t.

Am I misunderstanding something? Im so confused 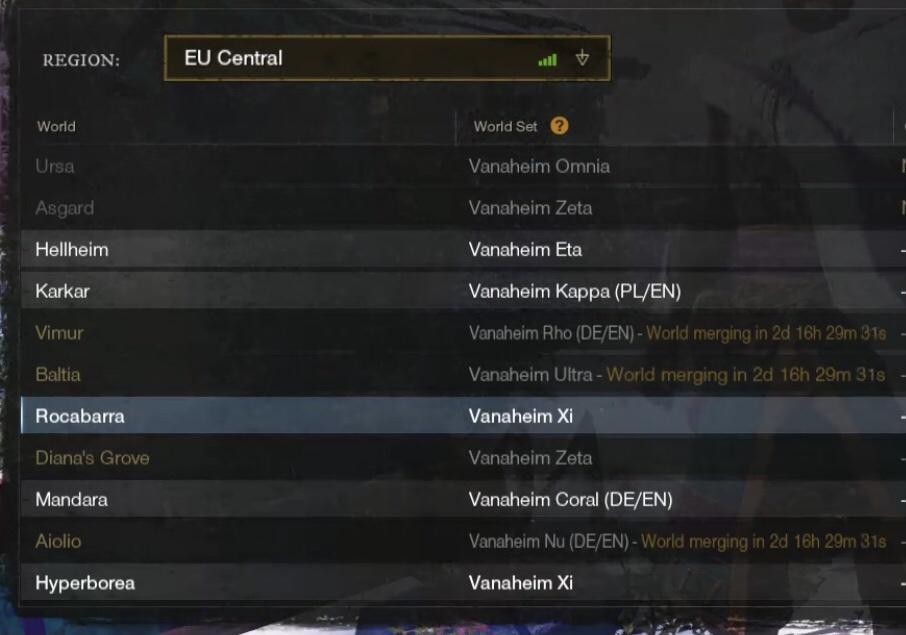 Edit: Seems I was missing that Ursa is the world others merge in to, so I was totally missing that

Did token tranfers is gone after merge?

No. Your transfer tokens will still be active if you never used it.

I cannot find the list of “servers” into what server by region. I have clicked all over and nothing is to be found. I am not sure why this information has to be so secretive.

I also cannot find a description of how long the merger will be expected to take.

Someone please advise and post working links. This goes nowhere but in a loop.

In the link you posted click on the regions and the info is there. (as in >central europe) I remember when we launched there were a lot of people playing and people can be…what’s the word? I’ll say jerks, but you guys can fill in your own blanks. Frankly I like playing alone. Even with an extremely active guild in games, I still prefer to play alone for the most part and casually group/raid once or twice a week. It’s like playing spades with family on the weekend or something … lol. But for the most part I play by myself, and people tend to train mobs into you, steal mobs, still harvesting nodes, try to invite you into guilds (even when you’re already in guilds). Nobody sends tells anymore, they just invite you. I’m not a robot. I establish that every time I make an account for something…lol. So you CAN talk to me. You don’t have to be rude. I’m old school. I don’t ignore tells, when I notice them anyway so say hi and ask before you do anything that might affect me like send me invites. This is why I prefer a low server. I stayed on Morai…Moraia? (Well it knows it’s name) because it was low…lol. I know. I’m rambling, but I don’t really want to go back to that. So I hope there’s still peace, even if there isn’t quiet.

Ydalir will be merging into Valgrind for Arkadia Ultra