Hey ags, the split attribute stat update that has been mentioned is really disappointing . It shows you guys just put on a show and have 0 actual knowledge about what is going on in your game. Maybe it’s time you start consulting the most competitive companies in na and eu who dedicate a lot of time in this game and their community. The strongest and most impactful builds atm all benefit hugely from split stat attributes.

"it’s time you start consulting the most competitive companies in na and eu who dedicate a lot of time in this game and their community. "

split attribute weapons gonna get a lot stronger with this if they go through with it , the bad thing is that most ppl gonna have to reroll to get bis for split stuff to get max attribute points. Insane to think muskets can go like 350-200 now with this if stuff is split 20 / 20 , though they havnt said how much more attribute points are awarded for it.

Time to dust off the old Void Gauntlet.

Guys stop qq, they clearly said exluded “constitution” so nothing going to change, just we will get some combined build more valuable, thats it. But if someone wants to go full dex or full int, he still can do it with single stats the best way as it is now.

The update is all aboout combine stats like str and dex together, only in that scenario you will get a bit boost, but the items str+cons will stay as it is now, without additional stat boost.

Do not push this idea to live servers and not even to the ptr because its a waste time.
Community will not like the idea of grinding or crafting their whole gear again after earning it the hard way since release.
Its a bad idea nobody was asking for and i am wondering who thought this might be a good thing after players finally get in range to become BiS for their preferred weapons/builds.
There is so much more things in the game that need to be look at and fixed before adding anything new.

Void Gauntlet will be insanely strong. So will musket, blunderbuss, spear, hatchet, sword.
You have no idea what you are talking about.

No one even knows how many attribute points it’s gonna be.

Difference will likely be barely noticeable.

You have no idea what you are talking about.

You have no idea what i am commenting, some of the upper comments were about reroll current bis items to get the new ones and i am telling them to don’t panic, because those current bis still gonna be the same valuable as they gonna be after update.

But there is only one unknown, i hope those current stats on items, gonna be adjusted to the new update and if someone have item Strenght Inteligence with current max stats, this item will get new stats after update.

soft caps for what?

Void Gauntlet will be insanely strong. So will musket, blunderbuss, spear, hatchet, sword.
You have no idea what you are talking about.

I would say only VG is strong currently out of all those weapons. The other ones could really benefit from this update.

I sent an mail about this and they replied that it was included. :S 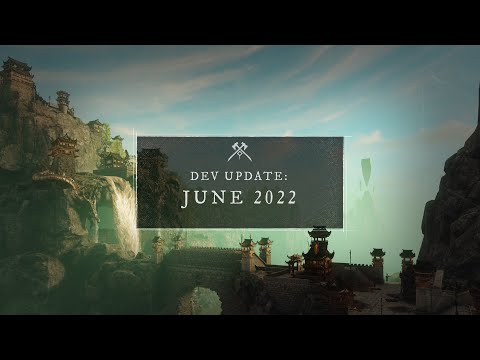 this is ridiculous what will GA/WH do? or IG/FS? they will only lag behind gear by -25 stats. I’m not even talking about the weapons
There are 2 things they will do, either they will add GA/WH to the DEX category so that they can get a damage bonus from there, or they will make the Cons stat benefit from this update.

No one can remain silent on such inequality.

@Valeeraa bro those builds you have mention are full damage or splitted with constituion. He clearly said those builds with full strenght or combined with con will stay the same as they are now, still gonna be most powerfull if you use items which gives you 1 stat.

The only builds who will get more value is gonna be IG/BB (intelignece/strenght) or LS/VG (focus/inteligence) maybe also something with dex and strenght like focus with strenght so we will see again healers doing damage with Warhammer, because they can have strenght and focus?, dunno. But if you wanna play full strenght as you doing now with WH/GA it will stay the same, nothing change to it.

If life staff only scales with focus and constitution doesn’t get affected by this split stat buff, does this mean healers again get nothing? Because most healers wear straight con, straight focus or focus/con. Being forced into light armor, most healers have to use rapiers instead of VG’s to survive and maximize healing.

This change will bring a small buff to hybrids, that’s pretty much it. It will not add any buffs to single stat weapons, and it will most likely add marginal increases to hybrid style builds. We don’t yet know how they are going to increase the stats, but seeing how they are set up now gives an idea.

So the likelyhood of them making them even is probably low. Most likely we’ll see like 20/15 and 15/20 is my guess or something close. The maximum potential increase will be small but i hope not too small.

This has the potential to put other hybrids on the table like Cleric, knight, paladin, ect. Which i would like to see have representation, but it’s very unlikely that any hybrid build that currently does not exist will trump or compete with already existing builds.

Thats just you being uninformed/wrong.

So DPS builds can get more dmg through stats and overall more people will be running less con.

I think AGS wants the average TTK to be under 5seconds for pvp.