State of Invasions: A picture is worth a thousand words

Invasions have reached a point where people are not even trying anymore. We had a ton of players with thousands of hours of raid experience in various MMOs, but the BS that we are confronted with during Invasions has left us unable to beat even a single Invasion. Now people have stopped playing the game. Not just because of the lack of content and the abysmal bugs that you encounter. You can’t really plan an invasion like you usually do with a raid in an MMO. The game decides the day(s) that you have to play. It’s not that people can schedule each wednesday e.g. for a raid, so they can make sure that they are available at that time. Then you have that BS with the random invites, where the defending guild can only dedicate 10 slots to players of their choosing. Yes, you can spend the warm-up time with kicking players that you don’t want to have in the Invasion and hope that the next invite goes to a player that you want to have in the Invasion. Not that it matters much on servers that are dead now with 150 people playing at weekend peak time. There’s the ninja patches, too, that piss people off, like when they announced that Spriggans are weaker now but omit that they’ve increased their spawn rate.

lmao. Sometimes this is what people would do in the Battle for Wintergrasp battleground in WoW. The battleground was so badly balanced that the defending team would win about 95% of the time. Before they changed some of the mechanics, when we knew we were gonna lose, we’d just go fishing and wait out the timer so as not to get a deserter debuff.

You know what’ll happen, all they will do is “fix” this by making you unable to fish during an invasion 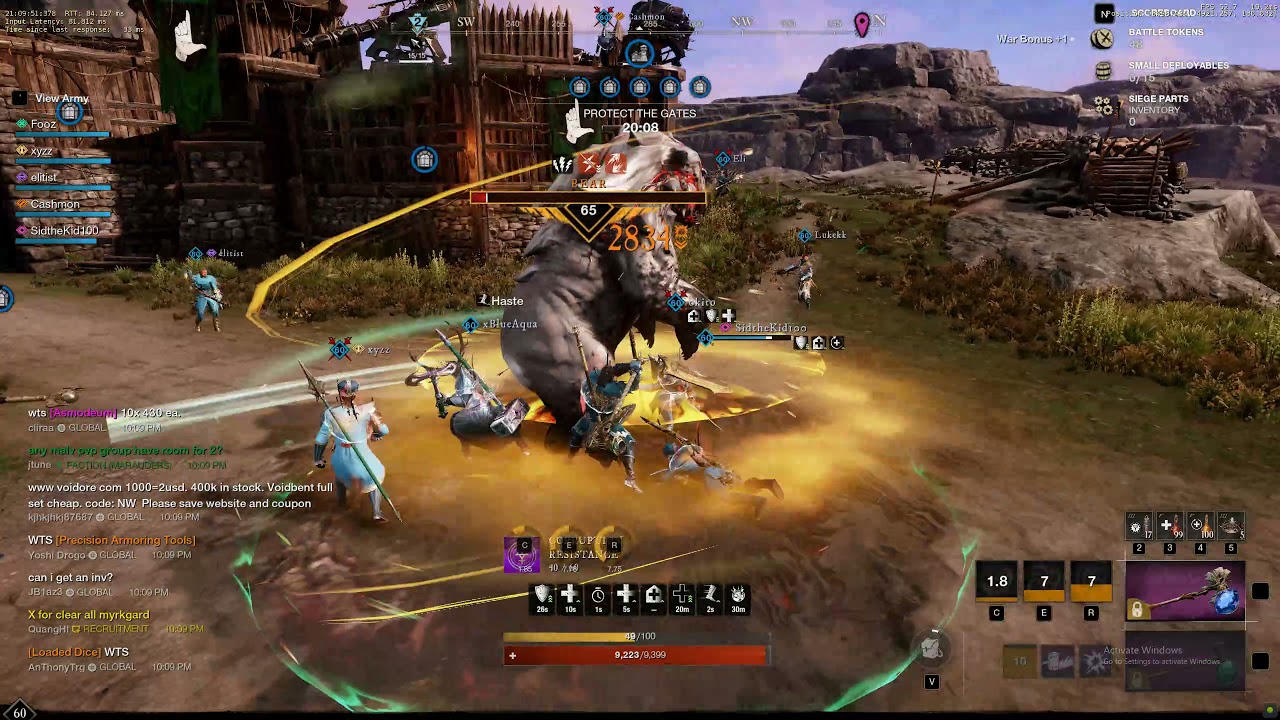 Cool pic. Looks like a fun crowd. Having fun is what it’s all about.

Wasnt this the Russian guild who beat it. Didnt take anyone out of their Company?

Which is fine if you going for 1st Invasion kill.

Is this a little like someone saying a raid boss is too hard and then someone linking Methods kil and saying no its fine?

Very impressive. Even all gates still intact at the end. Good job.

I would wish, but people have left the game and ain’t comming back. Despite having better equippment now, we are still worse off than before because now, on a dead server, we struggle with filling 50 slots, not to mention that many of those who left were progress players and the players that we are stuck with now are rather bad.