Why were you playing on multiple accounts when only paying for the first? Seems sus…

I mean, maybe I missed it, but I don’t see anywhere you claim a family member of yours is on the original.

All the people doing this really got what they deserved. You had to know it seemed off that was possible. Plus, a good number are exploiters bitching and whining their exploitation engine is now dead. No sympathy, cry more.

It doesn’t make sense to me that someone would think something like Family Share would stick around for a buy to play mmo. I immediately saw that as an oversight.

Since you leeched the game off someone else youre not a customer. End.

Op Is right. The family share was enabled at the Time he bought the game. This Is not the right way to deal with your customers. They should restore the toon and the skins. If this Is not possible due to technical limitations they should refund the money.

I dont understand the people that wonder why you played in your secondary account. The answer Is simple . Because he could do it and had the freedom to do it.

Greetings Adventurers, We have compiled a list of players who used Family Sharing as intended and will grant ownership to those players. Watch for a notice from Steam once this has been completed. Thank you for your patience and understanding.

I guess you’re either on this list for using as intended, or you’re not.
Arguing with the forums is pointless.

Has anyone already received notice from Steam?

no, atleast not for now

still waiting for the notification

When will she come. Now, from which account we will give the ownership. I dont understand anything.

i think we will know only when some1 will receive the comunication, i think isn’t something “fast” maybe we should wait a day

Can you message me when you get notification and I want you to tell me how you did it.

It is offered on all games, it is up to the developer to select or exclude it.

Who is the developer of this game?

Maybe you need to explain ‘games you make accounts with’?

Accounts with a separate login motion, like Origin, have their own login function. 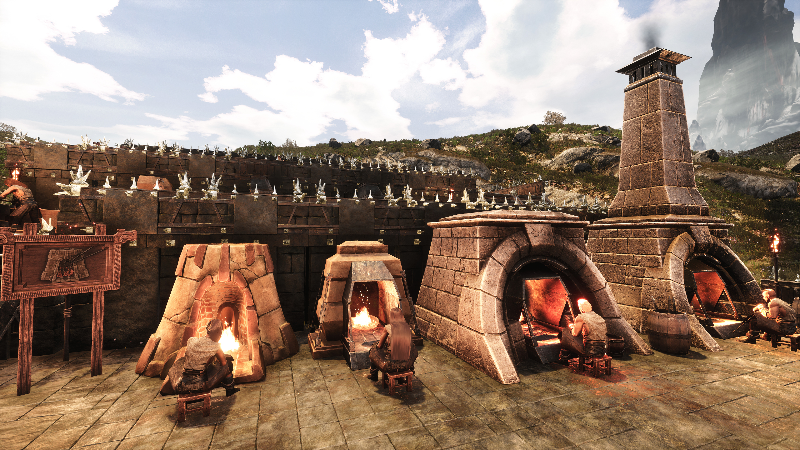 We are disabling this feature since it has been abused by some players who are trying to gain advantages, exploit or circumvent bans in official servers with the use and abuse of Family Sharing. To offer a fairer playground for all players in our Official servers, we have decided to move forward with this decision. 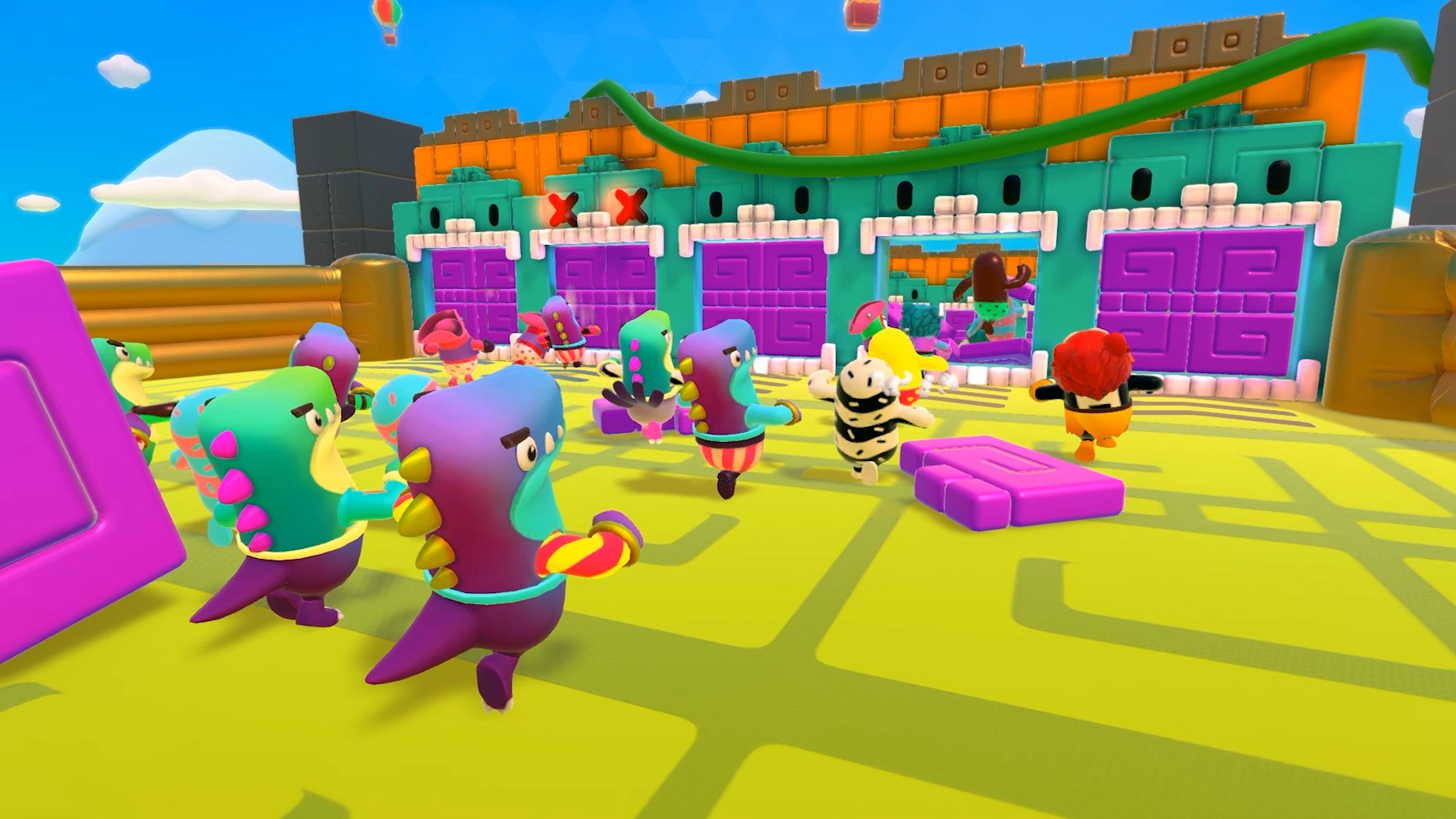 Steam Family Sharing disabled in Fall Guys because of cheaters

Fall Guys is another victim of Steam users who abuse the platform's Family Sharing feature.

We discovered cheaters were using Family-Sharing to get around our banning system on Steam by creating new accounts and sharing with themselves, so we’ve unfortunately had to disable that for now.

It should massively help with the cheating issues though!

Once again allowing Family Sharing is the DEV side, not a STEAM side. Calling out Steam for allowing their patrons that buy the game a chance to share it just like a hardcopy or disk to a friend or family “in the wrong” Is just downright outrageous.

The devs in this game ALLOWING it gives the chance potential for exploiters, rmt, and cheaters in their game, is the real culprit. The family sharing is working as intended for mostly single-player games. Just like your comparison regarding a store that is left unattended.

Clearly, this customer bought it because it offers Family Sharing hopefully for legit purposes. Them turning it off makes them liable. Also, it is clear after reading the other thread regarding the same issue that you somehow, some twisted stuff you put the blame on Steam.

Who is the developer of this game?

We are going in circles as you fail to see the points I have made on this and continually twist this into an argument that does not exist. I even know how you are going to try to twist this back into an AGS thing instead of the point that I have made repeatedly that the STEAM feature is faulty as it does not work properly on ALL genre of games, is quite disastrous to some and therefore should not be offered as a feature with some of these games so just go back and re-read my past posts for clarification.

I think it is cute that you are linking the same games I have already mention and/or linked in past posts as if you are trying to make a new point with me??? cute

These games which I have already mentioned and/or shared the disabling Family Share announcement on are examples of games that were offered the faulty feature at launch which literally almost ruined the game to the point that the devs had to make the decision to disable the feature months/years down the road because they were not aware of what this STEAM feature could potentially do to their type of game. You are literally re-making MY point. This feature does not work for ALL games and should not be offered for ALL games just like the tire shouldn’t be sold to everyone. In a past post to you, I even suggested perhaps they could at the very least, provide a ‘don’t place this plastic bag over your head’ type of warning for the developers of some of these games as warning. You can sit and hold only the Dev responsible in these messes but this is asinine. As stated in a previous post:

And I also stated:

In reality, the blame is on both sides for this fiasco. Steam for continuing to offer this faulty feature to every game including those where it definitely facilitates exploiting in some types of games, and the developers for not looking further into how this feature works and the potential for harm.

Once again allowing Family Sharing is the DEV side, not a STEAM side.

You keep parroting this but this has never been the argument. I know how this feature works as I was using it five years ago. lol

Calling out Steam for allowing their patrons that buy the game a chance to share it just like a hardcopy or disk to a friend or family “in the wrong” Is just downright outrageous.

I am not calling out Steam for allowing their patrons that ‘buy the game’ a chance to share it, I am calling out Steam for offering such a flawed feature to ALL games, including those where it is readily exploited. Shame on Steam, they should fix the feature so people cannot exploit it or stop offering it in games where it can be exploited- it is as simple as that but my point seems to be flying way over your head on this.

The devs in this game ALLOWING it gives the chance potential for exploiters, rmt, and cheaters in their game, is the real culprit. The family sharing is working as intended for mostly single-player games. Just like your comparison regarding a store that is left unattended.

Go back and re-read my point that the feature does not work for all games and should not be offered in the genre of games that history has shown this to be a tool for exploiters as some devs are clearly not aware of these issues- New World a perfect example. If New World actually understood this feature that Steam offers and the potential for damage as other games have already discovered, they would never have turned it on.

Even in your own words in the above quote: The family sharing is working as intended for mostly single-player games

Those tires are also good for mostly automobiles, just not trucks.

By the way, it is not a “faulty” Steam feature, it is for mostly single-player games that you don’t want to buy multiple times and want to share with your family or friends.

Again, go back and re- read as you failed to see even the most basic points I have made and continue to think there is an argument on some skewed point you created in your head about where this feature is turned on.

If, by your own admission, this is for ‘mostly single-player games’ and works well with them, then Steam should only offer it on the games it works with, not the games that have proven time and time again to cause havoc and chaos as an exploit tool where it results in the same thing- the dev having to disable the feature and people making threads like this to argue about it.

I’m done with you, either I’m dealing with an Amazon Employee.

Clearly on all games that tried to turn on Family Feature meet with unsavory players that exploit, cheat, and abuse it in a MULTIPLAYER CAPACITY. This includes PubG, the game that you have said has Family Sharing Conan Exiles, even Fall Guys.

The Family Sharing feature is not even in a bad state, it is “as is”. It is not riddled with bugs like this game is. It is definitely not for MULTIPLAYER capacity especially if they can’t police it properly. My point is simply this “They Should Of Not Turned It ON in the first place”.

Man, if this is the “hot topic” for this week then the game is really stabilizing, eh?

yaaaaay am really happy that AGS, made me on the list and got the game back as I was a legit player <3 am so happy , grindin’ mode activated :3

Clearly on all games that tried to turn on Family Feature meet with unsavory players that exploit, cheat, and abuse it in a MULTIPLAYER CAPACITY. This includes PubG, the game that you have said has Family Sharing Conan Exiles, even Fall Guys.

It is definitely not for MULTIPLAYER capacity especially if they can’t police it properly.

My point is simply this “They Should Of Not Turned It ON in the first place”.

Agreed but I take it one step further, Steam should not OFFER the feature on these games as history shows that it turns into a disaster and it is clear that these devs do not have all the specifics on what this feature does/doesn’t do. No developer wants to backtrack and have to disable something weeks, months, years down the road like what happened here. You can blame the devs for not clearly understanding all of the ins and outs of the feature they turned on but with the history of this Family Share feature, Steam should not even offer this on some games as an option.

I got a new license for the account I was playing on. Thanks