The Future of PvP in new world (detailed)

Hello guys, i wanted to take a moment to help you guys with the future planning of all pvp going forward in new world so you avoid some mistakes we did with wow. I hope you find this feedback worth your time and i help it benefits you substancially.

here is a preview from ESO (at current index) 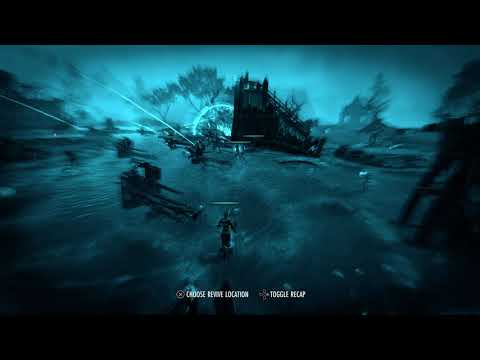 I am not sure if you wish to push wars into this direction, but to explain in detail the forts in eso are destructable (more specifically walls, doors, and towers). This is a concept you may be able add to new world, but the siege weapons work in an almost identical way as they do in new world. You drop them (by adding them to consumable hotbar) and place them like you do a tent. Then you load into them like you do any other siege in new world and fire away.

They have various types of weapons with various objectives (killing walls, players, etc). You don’t need to change war content to have destructable walls, but it would of been a more interesting “alternative” to capturing a fort (ie that if you cap one of the three points, walls can be destroyed and that route could be taken. using siege for this process makes the defenders have more complex reactions to how to deal with the attacking enemy.

The base concept of this is that teams only obtain any form of reward in the pvp zone by “objective completion” and doing things that normally grant tokens, etc will not be granted in this zone specifically. This means players will have nothing to gain if they go off and just pvp outside of the objective gameplay. This is vital to the success of such a zone because in this application of pvp it’s ideal to control the actions of players to a degree by forcing them into a general area of objective and letting them act as the “scope” that is around that.

The large scale design concept of this zone
This zone should control a river that travels through the zone, and around it marsh land for 20-40m (a small area that just slows the concept of transiting the river area specifically). Adding to each “sub-area” of the map (a total of three) a number of “keeps” which are larger zone versions of forts that have destructable walls, towers, etc. In eso, having a fort grants some special type of benefit (similar to access storage from any city anywhere).

I would also encourage your content designers to create more “environmental effects” like thick fog, snow, or sandswords that limit view to a max of 10m in front of you.

These sort of effects are very important to over arching strategy, and they will provide huge benefits in war content if optimized correctly by cloaking the transiting groups from one node to the other.

I hope this feedback is useful. thanks for your continued effort in designing a great mmo.

I am not for War 50vs50, it should have always be territory control from who owns Fortress Territory ! And players can t be everywhere on the map with a Local Game Mechanic, now these days it became global and soon the bank will go global too…

This is not New World anymore imho

Hope they will read your feedback and learn from it.

even if they do not want to add this concept to wars, it can still be a dream done in an open world zone that is dedicated to pvp. Think of the zone as “you queue to enter that zone” instead of just walking into it.

They can set up the destructable walls, and siege concept. The capture fort idea is already in place. So all that needs to really be done is the queue system, and the objectives and the zone design itself.