People are constantly “waking up” from knockdowns when they shouldn’t be. At first I was beginning to think it was one of those rng bugs that had a chance of happening because of desync etc. However, over the course of a few weeks, I’ve encountered players that can replicate this bug/exploit 100% of the time when they get knocked down. Numerous times I’ve called out these people and it immediately stops happening to them as well. I’m not sure if it’s a spear specific issue but I’ve heard many complaints from other players that regularly pvp as well.

Here are clips of bug/exploit with each situation explained:

I knew something was wrong with spear. My vault kick also didnt do crap sometimes either. I would vault kick and land right on their head and they would just keep swinging away at me like nothing happened. People acted like I was crazy and said I shouldnt be using such a cc heavy build anyways. I’ve talked about this weeks ago but just let it go and dropped vault kick because I thought I was the crazy one.

I read a post the other day about how the freedom perk currently isn’t working at all again. maybe its connected to that? idk. im just hoping the devs can figure out a fix soon because it seems more and more people are learning how to do it

yeah straight up i thought i was going crazy until i started clipping it lmao. all these clips are from 1-2 days of arenas which shows just how common it is haha

Yup, happening to me as well quite often lately, mostly against light armor rapiers. Can’t even pull out my javelin after vault or sweep and they are already rolling away. I just assumed it’s desync or another random bug like many others.

Im glad for people like you that can record and take the time to clip things for video evidence to show so it can help maybe figure out the problems.

its part of the CC changes, if you stagger into stun or then do another knockdown or stagger again too quickly, they get a free pitty roll and are stun broke.

Came on the Furum to check if anyone else had this problem. then i seen this.
Am glad am not the only one with this problem. Spear stuns feels useless atm.

thats not what’s going on in these videos at all. they are knocked down and instantly get up and dodge away without anyone touching them

as a Tank, this kind of situation is incredibly annoying. I’ve had shield bash register, but a spear user just immediately went to poking without even getting the stagger animation. This DR system is terrible, and seems buggy as all hell, but now CC, which was always a bit weird, is now unreliable. 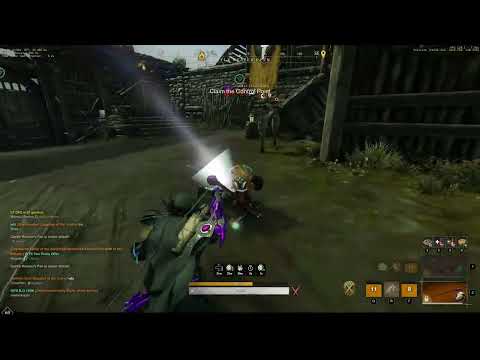 I’d like to know what they are doing, because for the life of me if i get the javelin or the sweep i am done for as a healer, i can never get up off the ground especially if it’s a spear/sns.

DRs on a player are not always cleared, lingering for too long

I’ll shield bash a player, who hasn’t received any damage for a long time, and they’re not stunned.

i’ve noticed this a lot too as a SnS/WH player. what i’ve found is the following:
If Player A is attacking and has grit and Player B stuns them with Shield Bash then into Wrecking Ball, (flatten). Player A can dodge out of it.

This seems to be the case for any “knock down” effect. i.e. sweep, jav, and wrecking ball. It has nothing to do with DR as i can do the same combo on someone without grit and they have to wait out the full duration of the flatten/knockdown. This is very very noticeable on bruisers at 300str as most all of their attacks give them grit.

Its quite annoying to say the least as it messes up combos that include a knockdown.

I’ve also noticed an increased amount of free break out rules. Generally when two players are attacking me.

yeah that’s the grit protection mechanic and has always been in the game tho. it is definitely annoying but the devs confirmed it to be a “feature” a few months ago. this one however is a new bug/exploit after the most recent patch or so because none of these players have grit and are just instantly getting up from knockdowns

I play spear dude, I know exactly what he is dealing with. It’s extremely obnoxious and has been happening more and more since the the last 2 big patches. You can’t spam your knock downs immediately after a stagger or stun. If you do it to quickly they will get up everytime. You have to let them sit for a .5 second before you throw the jav or sweep otherwise they will instantly get up. Idk if it’s intended or a bug. I’m just telling you how to fix it.

Swap weapons when you’re on the ground.