This game is dead. Bail out

The real reason is back in a days, Games was made for Computer and not Smart Phone or Console when we are talking about MMORPG of course

Now they want to sell so much to the Console Crowd that they adapt the game for Consoles before adapting for PC. Like Skyrim did, Console UI for PC game

There is the issue

What bugs me is that they are not merging servers. If they actually wanted to preserve their player population, they would be merging servers whenever it is needed (like when they have multiple servers in the same region peaking below <300 players). But they choose not to merge those servers, so more people quit each day. I do not understand their logic. It is like they don’t care they are losing players or something. It is an entirely preventable way to retain thousands of players.

Merges only hasten the player loss. pvpers are happy for 2 weeks, then one faction starts winning everything, and then players from the other 2 factions leave. we have seen this already every merge.

Well, after the GC nerfs, player populations declined and it looks like people jumped ship on “dying” servers (about 500 population servers) and transfer to different servers. These “dying” servers are now peaking in the <300 range. You cannot really do anything (OPR, arenas, open world pvp, mutated dungeons) on a server like that, and these players will quit.

It is, by now, and I genuinely think they’re getting closer to being just fucked, and needing some kind of divine intervention to not end up totally flopped.

But their early release combined with their early patches generally being kinda weak and their insanely buggy releases has really killed peoples’ hope in this game. I mean even for a launch title it had surprisingly little to do and the way the game is made they have very little reason for alts.

Virtually every decision they have made or do make loses them ground, probably in no small part because the whole project was launched on shaky legs.

I’d be curious to see if NW would’ve ended up so poorly under different leadership, although I’ve heard mumbles that the engine is to blame. 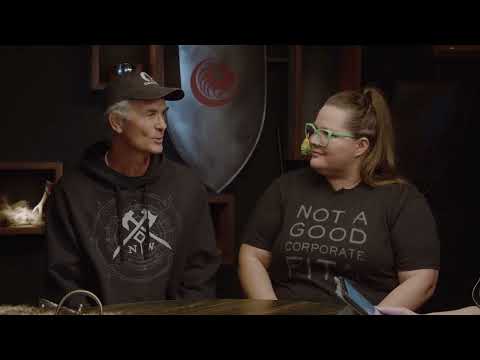 Hey give them a break! They are learning… still… and they have to give a good impression for the higher ups…

“on my bosses world”

Private servers for the devs, so they can play the version that doesn’t desync or have meta sweat necks smashing them- to know what’s really going on. lmao

The GC nerf needed to happen, BUT they should have implemented a way to incentivize Open world pvp/arenas/OPR when they nerfed GC.

i don’t think it was. People loved going out there to PVP

One such way is nerfing the great cleave, but then have a ‘rotating PVP bonus’ in a new territory each day. This boosts the PVP xp/salt earned in a territory for capping forts, killing players, and running missions for the boosted territory of the day

This ensures everyone is happy and feels like their time is being rewarded. People aren’t just permanently in Great Cleave and we encourage PVP all around the map each day. Perhaps PVP’ing in a territory could also increase your territory standing more noticeably in that zone too?

There’s ways they could have done it that made it feel better. Not worse.

You know, watching that video again, they sound to me like third-rate MMO fans working on a School project rather than actual MMO Developers. Jeez… Painful…

Welp, they’ll get better, eventually…hopefully… they need a good lead tho… What is Amazon doing!

Just to be clear, you’re referencing the lackluster UI of a universally acclaimed, eleven-year-old game, to make the argument that PC games “back in the day” (I guess more than 11 years ago) all used to launch feature-complete because they didn’t have to market them to consoles?

I don’t think it really needed to happen. The only reason why there was so many people there is because it was so good… Then AGS is surprised when little people are playing their dollar store version arena that has no ranked and no arena specific rewards…

This had me in stitches.

Wonder, where ppl creating such posts spawn from. Game is okay.

What is Amazon doing!

As someone who works for a company owned by Amazon (I wont say were, dont ask), I feel like some people need to know what it is like working somewhere that is owned by Amazon.

They likely are operating with guidance from Amazon. Amazon likely is not the people running the day to day.

When you come under the Amazon umbrella you have to abide by their standard practices for hiring and firing, payroll and more that I am not comfortable posting on a forum run by them.

This is the game studio making New World.

Relentless Studios (formerly Amazon Game Studios Seattle) is an American video game developer that is based in Seattle, Washington. The company is led by Louis Castle, most known for being the co-founder of development Westwood Studios. The studio is one of four game main development divisions under Amazon Games. The other three are based in San Diego, California, Orange County, California, and Montreal, Quebec. The studio is most known for releasing the PC title Crucible in May 2020. Heavy Iron ...

It shows as co-developed because they are under AGS and I am sure some Amazon people show up and look over things and give them access to AWS and all that stuff, but Amazon really has little to do with the day to day.

NW free to play = Bot To play like Lost Ark