This is the "I quit" moment for players 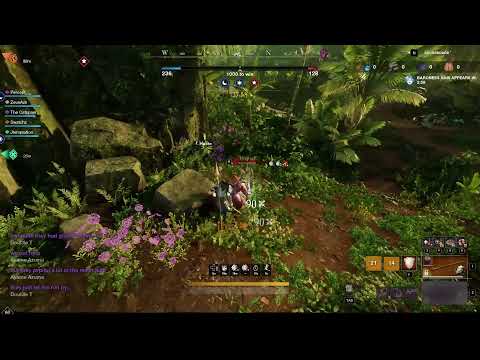 Just so everyone knows, shield bash is guaranteed to hit if you land a lunge on someone.

When people are dueling outside WW all you hear is nonstop bitching about lag and desync.

Your game looks pretty, but the gameplay is absolute dogshit and you guys really don’t fucking care about just how bad the actual combat is. The core system in your game, the fucking combat, does not work MOST of the time.

So keep adding NEW content. Keep fixing random quest bugs that nobody gives a shit about. I’ve accepted that AGS won’t fix core gameplay or important bugs anytime soon. I have no idea who makes the decisions on what fixes you guys push in patches, but whoever decides needs to be replaced with someone that actually plays the game and gives a shit.

EDIT: To add, I’ve done my part trying to help improve this game. I’ve reported 3 MAJOR game breaking bugs on this forum and AGS hasn’t done shit about it. 2 of the bugs were reported by me, in great detail, about a month ago and still nothing. You can say “we’ll send it to the dev team” but it doesn’t mean a damn thing when NOTHING comes from it.

This is an update to the forum post MASSIVE Spear bug with Sweep (Video) ((New Video Added)) Grit doesn’t go away if you’re stunned while you have grit up. It’s held in a statis and causes abilities like sweep to not knockdown. I made a short video linked below that explains this bug. I don’t usually talk this much. Please spread the word. Thank you. [Massive Grit Bug in New World 1.1]

If you get hit with a stagger/stun while you’re jumping you will sometimes not be staggered/stunned from the ability. There seems to be no timing on when an ability must connect in order to bypass the CC of an ability. The video provides examples and commentary. Jumping Bug Video: [New World. Jumping bug allows you to bypass CC.] I’ve also reported 2 other major bugs here: I don’t think AGS actually cares about combat related bugs as much as they do adding boring content and tim… 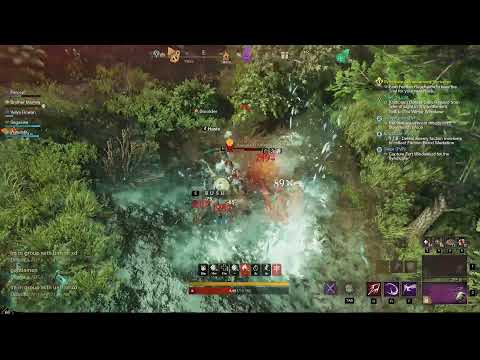 How about a fucking third one. This shit is why people are quitting this fucking game. 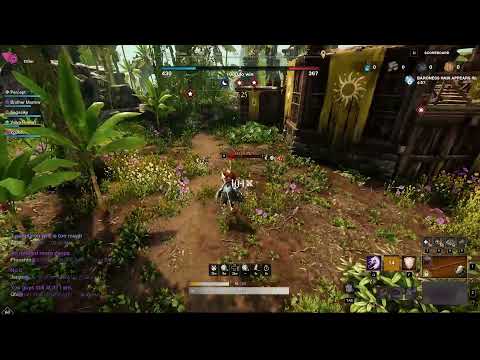 omg this video shows exactly how dumb it is, HOW is he not stunned??? sword lunge into bash is a 100% hit always… there is just no time to respond if hit by the lunge ( wich is suprisingly tricky to hit at times)

and the 2nd video shows exactly the issue melee has, we CANNOT reach our target even if its RIGHT INFRONT OF US.

super super frustrating to see it, even more frustrating when i am chasing something like a headless chicken only to lose distance if i try to attack a target 1 meter infront of me.

i feel like AGS is just trolling at this point. Like oh u think Gaxe teleporting is bad? lets change it so nobody can hit shit at all, every single time they go from 1 end of the spectrum to the other end of it, while we the players just want the middleroad, we want it balanced. (sorry if i spoke for anyone who does not think this, i litterly assume this is on all of our “melee” minds rn)

Just swap to void gauntlet and use void blade, it has better tracking than most other melee weapons.

not towards u mate so in advance if u feel flamed at, im not flaming u,

but each and every time someone says “Your weapon dont work? try this!” im like wtf is the point, IF i wanted to play that weapon i would be playing it already. i would litterly rather uninstall then let new world dictate what i should be playing,

i know there is a meta , and i am not a big fan of meta, i prefer to be the underdog that makes a niche build work, and atm im playing 150 con , 300 dex with sword/shield/rapier , using the swordshield to guard against ranged attacks as i suck at dodging shots, the sword to gap close , and the rapier for close combat. And its working surprisingly well, its a very fun build with alot of mobility and alot of options to deal with this, being a blademaster is fun bassicly.

THAT IS untill the latest patch that just broke things and caused alot of desync issues, or i should say amplified the existing issues. i dont wanna switch weapons or my build ( hell that would cost me another 20k just to reroll with good gears and not some budget stuff aswell, i mean for 20k id still be slightly budget geared), and its just not healty for the fun in the game.

imagine u like playing ranged, but your mate tells u , just take this hatchet and run at them. its not your style, its not what u pictured urself playing, its not what u wanna improve at. Whats the point?

What AGS needs to do at this point, is find the middleroad between NOT teleporting after people with light attacks (only gaxe had this issue rlly) and other weapons being able to step in far enough to hit someone 1-2 meters infront. and as much as i complain i have noticed that the sword still is able to do so, it does stop people in their tracks but why only certain melee weapons? this forces people to use what is usable. not what they LIKE.

No I am in absolute agreement with you, the fact that an intelligence based weapon is better than most other melee options right now is absurd.

Yea unless he turns around and starts running back, then all your hits even tho look like they connect, will all miss, and you will get rubber banded back to your lunge starting position. Play the game before posting

as beta spear player, I knew you can loop ability, i didn’t see any problem in this.
I was like yes, spear has slow attack rate and narrow point of hit, this make sense to have low cool downs.
not much useful in OPR, wars as grit and healer just heals through low dmg spear skills.

ehmm i have this infinite spear build, and once u do it with 300 strenght its actually quite scary.

nothing you do is scary XD

A river of tears General Discussion

Actually the lag/dysnc and amount of jank added to the game currently. It’s frankly pathetic… When I rolled the game engine, code, server can’t decide if I actually rolled a few meters or 20 meters. This is worse in PvP because it will show me roll out of a reap or gravity well. My character actually makes it a few meters out… Then gets pulled back into my corpse a moment later… Wtf.

Yep game is literally ( no joke ) Unplayable for melee users. If your ranged or magic user its fine since projectile and aoe arent as badly affected by the lagg and the way movement works in the game.

its not fine at all, for arrows they literally go through the enemy and is much worse than melee because its extremely hard to land a hit with a bow and every hit counts, secondly the lag happens while in bow you cant even defend yourself and get beaten to the ground by melee.

oh please ive seen so manny videos where bow users literally 1/2 shoot people doing 10k crits etc. And melee cant even touch you since you can just hold W to be invincible and walk away from every autohitt, or just spamm dodgeroll into the sunset

Experienced that first hand, as if they understood how networking works. They just say that to feel better about themselves that they have good internet or something. I’ve been calling out how shitty the game’s responsiveness is including the countless different types of stuttering since released and they’re like “get a better router bro”. LOL

It’s not that they wont. It is that they cant. I would find it hard to believe that they would be arrogant enough to consider this a quality experience for us. I feel for them. But at the same time, the customer is always right, fix your shit. Maybe the work load is too much. They have had some months to address these things. Maybe its time to ask big daddy for some advance on his profit.

This isnt new to them. Probably mostly unfinished. But they knew about these releases of content for the next year or 6 months at least. They likely had people working on them before launch, setting the framework, writing the stories.

You guys have a seriously very well made game AGS. 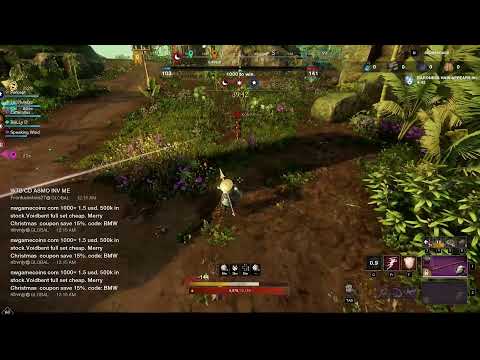