Last years Turkey event was this underground turkey leg farming nightmare because only x people could get credit and someone had to spot him in the open world to build a group.

This year we have amazing cosmetics (Turkey Feet BISSY), fun consumables and flair, housing items, and its not even a grind. Turkey shows up on the map and is easy to get credit as a solo palyer. I got all my items in less than an hour.

If I had to give feedback It would only be minor tweaks like hp scaling down if only a few players nearby, and having all the rewards for the event on a pop-up so players know exactly what they can earn.

Hopefully the other events will also be improved…
Fishing give mermaid feet, yeti give yeti feet

One improvement for next year maybe, if the eggs hatched and mini turkulons came out and attacked. now we talking.

How…how would you run with mermaid feet?

I really liked it too. Just wish there were better rewards. I got everything in the first 2 hours and don’t really need anymore +33 or luck food

You hOp~ and Hop Silly~

I would like to see additional mobs other than Turkulon. Perhaps after the Eggs explode, Elite Level 63 (or Level 66) Corrupted Turkeys are hatched and fight along side Turkulon. As of right now, it’s just tank n spank one boss. Overall, the event was improved since last year.

Or they rotate the seasonal event rewards, that would be even better…

How…how would you run with mermaid feet?

Its not the rewards that make the game its the experience. How many of you remember the chicken from gears of war. It dropped nothing, but i bet you just about did when you first encountered it and shot at it.
Same goes for that evil rooster in sekiro. It will mess you up. And as some level of inspiration a simple google search fruited this result 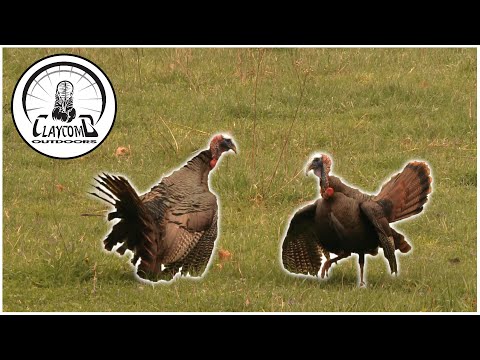 The turkulon is a great idea, it just needs some personality. Its not just an average turkey that should simply calmly walk around and lay eggs, sits down, and shoots lasers from its eyes. its a building sized feathered bringer of death. It should be lashing out at players. It should call on a horde of angry turkey brothren. It should be frightening. Players should just be running towards this thing with no regard for survival, they should be tentatively lunging forwards and backwards to erge their companions to commit to the attack further for fear of getting the devil birds undivided attention.

I think if the Turkulon can make some better funny noise, it will make it more interesting.

Another point is that if the turkulon can have mutated version would also be good. Randomly it can spawn to be ice or nature not like only fire as of now.

The chicken feet was a great addition… now we just need other parts every year… chicken wing, head, chest and pants…

Thank you so much for your feedback! I’m glad it seems people are enjoying the event.

It shakes things up. Im still hoping that we can one day fight a climbable tower sized boss. Nearly being stomped by a the lazarous boss, dodging and climbing around the grolom avoiding kicks and punches. Team mates crafting cannons to blow out the feet and knees. And hoping the golom doesnt kick out the cannons. then hopping on the back to attack the back of its head.

But the turkey is a great addition to the game. There is room for interesting ways that the game can hint to the direction of a boss battle without relying on the minimap. Talking to the town steward or following npcs like wolves or turkeys would be a great way to lead players in a more immersive way.
Shock waves that can be seen from the direction of roars or foot steps from large enemies. Using a gesture like holding your ear to the wind to cause a sound indicator direction. Just food for thought

can I get the 2-3 Feast-o-Plenty Food Trophy?

You can only get one trophy during this event.

ahh i see. thanks

What if they let you swim?

The only thing that I’m finding frustrating is having to chase and kill 30-40 turkeys to try get 6 gypsum in this event. Surely, it shouldn’t be taking that long?

Todays patch will fix this

I got my gypsum pretty fast by just working on my gathering a little bit and if i pass a turkey i skin it. you also get to sell the stuff from harvesting it so if you have good luck you might make 50coin on a turkey anyways. What if the 6 gypsum came guaranteed on the first 6 kills then it was consumables after that? I have the time to spend to go gather all that stuff and not sweat it but for people who already have tight gameplay schedules it probably feels bad to be skinning tukeys when you could be jammin in opr.