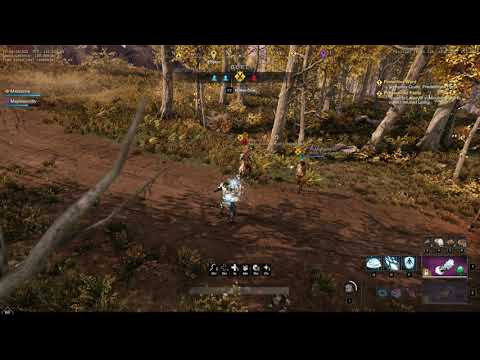 If this is intended, please clarify.
If is not intended, my suggestion is to deactivate the perk till it’s fixed.

Can attest to the aforementioned issues listed above. This was extensively tested over the course of four hours with various consumables and rolling status effects.

This! this made me quit using hatchet. It removes the Defy Death perk buff. so you insta die. meaning hatchet is useless from this now.

If this is intended what is supposed to be the counter play to this sort of thing? As currently there is no known counter play to having someone removed every non personal passive buff in the game, if you are melee. Range can just avoid VG users … to an extent, but no one can completely avoid someone forever.

We’re aware of this one, thanks!

Hey @Luxendra ,
So, this is a bug, are people going to be punished for using/abusing it?

We tested this perk, it doesn’t remove defy death

So its not intended?

I HOPE this is intended. It’s SUPPOSED to be the counter build to those healers that never die.

I guess its designed to reset everything except food

To remove any potions or food would be extremely overpowered in a war (if true). Having large squads rolling void would be a mandatory in wars. And basically make people not buy the best foods because if wasted money.

Imagine honing stones getting removed by this, lol.

removing food buff is a good thing imo. Especially after all these stacking exploits

But, dude - a single ability with perks can anahilate a 40 min, 40 con food buff. That doesn’t seem right.

It removing buffs <1 min is in line with the design intentions, wouldn’t you agree?
Food stacking buffs is already addressed in the game code to override the lower version

Stacking exploit was fixed (at least it is in patch notes). And A skill on short cooldown that can negate 40min food buffs (attrobute + recovery) is definetely NOT intended. This is now a cancer skill - you come to any PvP flagged person in open world, remove his gathering food buff and walk away. Congrats you just deleted around 150 coins from their account. You can do that again in handful of seconds… In wars this is a strongest skill as it erases any attributes buffs, making many build invalid (for example lowering your attrobute below threshold that gave you something you needed like 300 STR grit or 200 CON 20% armor). This is short cooldown skill that has 20% rend on it (because it can remove that 20% armor from CON), negate grit from 300 STR and so on and so on. Judging that they nerfed sundering shockwave from 20% rend to 10% a skill that does that and so much more is just broken.