I have a decent amount of experience playing with VG and against VG. Here’s what I can tell from my personal experience.

Let’s take Hatchet for example. Hatchet is currently the strongest 1v1 melee weapon in the game. Against VG, it does not stand a chance because not only can I completely remove Berserk, Empower, Fortify, and even Defy Death with 1 Oblivion cast, but I can also out-heal Hatchet with my life-steal. Not only that, but VG also has 2 sources of DoTs, whereas Hatchet has none.

The first one is VG/Ice. It is a broken CC build because it abuses the potency of Roots. Roots are much stronger than stuns and knockdowns in this game because it does not break when your teammates attack the target and also go through grit/uninterruptable. This means you don’t have to worry about a random ally breaking your CC and allowing the target to escape. With roots, your entire team can freely hit that person for as long as the root lasts and it’s always a guaranteed kill if you manage to root someone. The VG/Ice build takes advantage of this CC mechanic by using Ice’s slow and root potential and VG’s root potential. If you play in an OPR on a point, you will see that a team with just 1 VG/Ice has a huge impact because of the amount of CCs it can dish out.

Another broken weapon combo is VG/Life. This is literally a tank build with enough damage to 1v1 any melee setup but VG/Ice. You have 3 HoTs from Life staff to keep you topped up, and Sacred Ground buffs VG’s life steal. This means if you stand on your Life staff’s heals and spam VG attacks, you will never ever die in a 1v1. It requires at least 3 players to actually kill a VG/Life build. The amount of value that build brings is unparalleled and it can easily replace the frontline.

Because VG is the current meta for melee builds on my server Olympus, I have fought plenty of VG players. From my experience, inexperienced to average VG players are counter-able and can be killed. They mindlessly waste their cooldowns and don’t actually try to dodge your abilities. But that’s not who I’m talking about. The good VG players truly bring out the best of VG. When I play against those players, it’s pretty much impossible to outplay them because not only do they run meta VG builds (VG/Ice or VG/Life), but they know how to dodge all your abilities. Not only that, but they will purposely wait for you to use your abilities, then they drop theirs to strip you off all your buffs. That means the fight ends up being whoever can land more light attacks and take the least amount of light attacks.

Here is where VG dominates. You simply cannot trade with a VG player as melee, period. They have too much life-steal and 2 amazing perks that remove all your buffs and give you a healing debuff. What usually happens is when a VG player drops Oblivion, you run away and bait him out of it. Good VG players know this and simply won’t take the bait. What they will do is stand inside their Oblivion and either spam heavy attacks because the range is pretty far, or switch to their back bar weapon. If they use VG/Ice, then they will be recasting their IG CCs until their VG cooldowns are up. If they use VG/Life, then they recast their heals and heal back to full if you’ve somehow gotten them low, swap back to VG, right click to get mana + 10% cooldown reduction every second, and get their VG abilities up again.

VG by itself is fine. It’s the perks that are way too strong. Nullifying Oblivion removing every single buff counters every melee build in the game. At best, it should only remove 3 buffs. Voracious Blade giving 30% life steal while below 50% is also way too strong. If you land a 1.2k non crit light attack on someone, you’re healing for 360 just off that perk alone. Combined with VG’s life steal passives, you can reach 40-50%+ life steal even with diminishing returns. A 50% life steal means you are healing for 600 HP off a 1.2k non crit light attack, which is just slightly less than a Sacred Ground heal lol… There is no way any melee can trade with that. The life steal should be reduced to around 10-15%. Putrefying Scream is okay because it’s needed against healers, so I don’t think it should be tuned down. 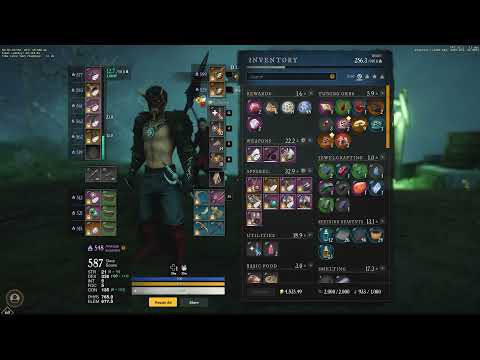 Another clip of VG wiping a group in a war:

not gonna lie i am a vg user and i also think im friends with you on the server, but this dude didnt even do enough damage to kill you if you used any sort of healing health pots food regen pot etc and ur standing in his sacred ground and everything. vg life staff is mostly op if youre dumb enough to stand in their sacred and let them scream u drop obliv and then u just stay there in melee range trying to kill them

Thats the solution: Stop trying to kill Them, especially as Melee class.

Some nerfs wouldn’t be wrong. You can loose against every weapon even as a good player. Vg is just having too much strengths without the needed weaknesses to be balanced

bro he really was like “this vg/ls user” but the guy used the LS like 95% of the fight.

people complained about GA being way too strong

I noticed it’s mostly Ranged complaining about GA cuz it’s one of the few weapons that can catch them and pressure them or kill them as it used to do cuz now it tickles. Bow users love saying GA is op and Bow needs more damage lol.

There is no way any melee can trade with that.

Uhhh I do love trading with them on my Hammer/X build tho. IG/VG is indeed very strong to fight against but nothing tons of CC can’t fix. Melee can’t miss CC tho. Dies 100%. Interrupting heals is a must too.

I find GA/GH VERY bad against ANY Void gauntlet/X build. So to those people still trying to run outdated meta, you will die easily and I won’t want to see you complaining.

Also, there is a bug with Medium armor dodges making you invulnerable over a second after the animation ends. I keep seeing characters do the hop dodge and then be immortal for a while after. It’s nuts. And with the Rapier…yeah can’t touch them.

Putrefying Scream is okay because it’s needed against healers

It is a good addition, except healers can use it on melees very effectively too lol. GH/VG good build to fight melees, especially those GH/GA builds. They just melt like butter. Some melees don’t even get my hp below 80%. It’s bad against Ranged tho.

oh no, another madeinvn thread…

Two things VG needs to have done to it:

He was just trolling lol, hence the t-bag mid fight. He didn’t actually try to kill me. The test was done to show how a 50 Focus 184 Con player can out heal a 324 Dex player.

Here is another video of him in 250 Int killing me in 7s without Oblivion as I wore medium armor with Void resistance Amulet. 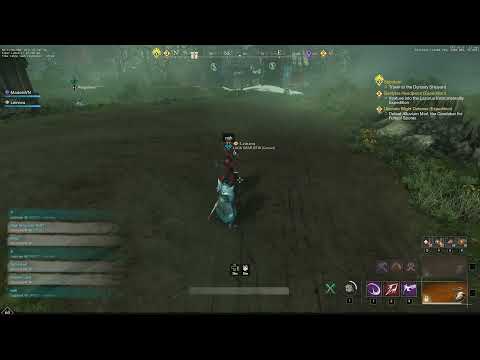 VG is beyond broken and every day this issue is not fixed is more territory that changes hands due to this broken item.

This is even worse than the 200% damage hatchet exploit…

I use musket and bow , and have no trouble taking out vg users. But if you wanna nerf .

Go for it I won’t stop you

Congrats, you’ve played a ranged build. So how are you going to address VG dominating melee builds?

I mean you got those perks that nerf healing , plagued ones ? No? And gear perks where cc expires faster . Maybe you just need to adjust your build.

bro stop trolling what do either of these clips show in one you literally didnt move and in the other u dodge backwards and walk in a straight line without healing??

Uhhh it showed how fast he was able to kill me vs me killing him???

I thought that was pretty obvious

Lol I knew you would never stop.

How many people tried to help you in the last thread and you dismiss it all because simply your build isn’t a good counter for the VG/LS.

Yes you tried spear as suggested yet your mechanics were still off, and then you and @coffey tried to essentially claim that you need to be too precise with spear for it to be effective.

Imagine that needing to be proficient with your weapon to win! oh the humanity!

Imagine how you splitting your stats sub optimally using hatchet/rapier has trouble with someone using theirs optimally. How unfair…

Wonder how long it will take you to again start suggesting people go watch your videos on youtube in a sad attempt to attract subs.

So many VG kiddys trying to stop the balance. It is clear when over 50% of the server is running VG it iis a broken tool