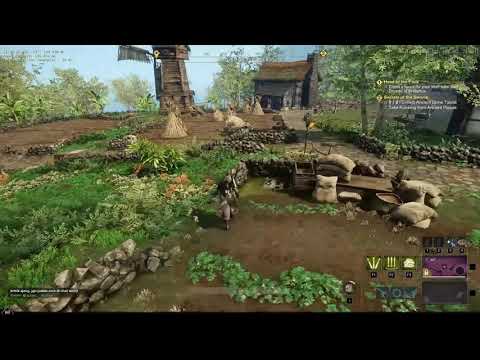 I’ve reported as many of them here and I probably missed some but to save time for our devs I’d also rather post the video proof here.

You did report them all for bot behavior…yes?

#FixNewWorld
The developers are completely incompetent, the reporting system does not work completely, the bots have been alive for two months.
English is not my first language, so it may contain errors, sorry…

There needs to be a dedicated team 24/7 actively banning bots, and they should notify those that reported them that the bot was banned or at least say “Action was taken, thank you for your report”. If there is already a team in place then they gotta get crackin’ as it’s literally taking over servers and ruining trading posts/economy.

Even gold sellers in chat, this needs to be fixed.

A bit more transparency would help us know that reports are being answered and dealt with. I’m not saying it should happen instantly but I’ve seen some the same bots running around for days at a time and I’m thinking “they’re still here?” when I happen to go back for a mats run. We can’t drag a mob to them as that’s not allowed I heard.

. So he’s slowly walking to each node collecting. Lol

Bots have literally taken over. I’ve not seen an ori node or star node in 2 weeks. I was lucky to find an iron node and the bots got the other 2 nodes. 9 bots all in the same path. they mine nodes that are not even up. Reporting does zero good so don’t hold your breath waiting for anything to happen. First there was 1. Then 2. Then 4. Then 8. everyday the multiply like rabbits. Pathetic! No point in playing really when you can’t do anything in game anymore. They’ve ruined the market. Ori bars are 50 gc per because nobody that’s not a bot can get any.

to me they are just leveling, so once they are 60 can do opr botting.