image1920×1049 208 KB
Void Blade sometimes does not sheath when swapping weapons. The blade build is completely useless in this patch. It occurred during an OPR session and is likely due to some form of crowd control like Shockwave, Path of destiny, or the new gravity well root. This may also be a result of auto casting upon swapping weapons. You can see the blade is out after I have swapped to fire staff. The problem arises when I try to cast or use any attack. My character flickers and doesn’t do anything productive.
1 Like
danielnz00 March 13, 2022, 4:09am #2 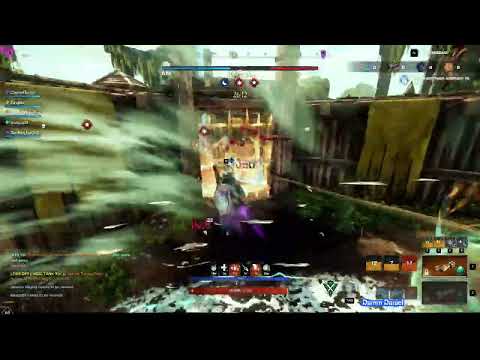 Could you add your video to this thread? Thanks!

- Official petition to change combat back to 1.3 before "February's patch" Game Feedback

1.3.4 patch didnt fix the bugs. This post is to unify all post about the same theme. Please, help me posting your threads and videos. Official petition to change combat and networking back to before “February’s Patch” or even 1.0. Im only asking for combat and networking. Im not asking to change the new OPR changes or OPR rewards or other things… I repeat: Im not asking to a rollback. The game is now UNPLAYABLE. The combat is totally broken because the queue system, de-sync and bugs. I playe…

Hey there Midaxe,
I have sent this info to the devs for further investigation. Thank you for your post.