WAR Exploits that need to be in the top 3 priority!

including you have been shown 1: both YouTube on the desync.
2: 30+ ice sorry but its 5-10 at max
3: you blamed the hatchet on a healer and fire / ice person so your credit went out the window when you made that up,
4: what ice tomb? link because im taking damage on point
5: when your team has been wiped on a point you usually lose it
6: you dont own any territory’s on the server anyways
7: have you even played mmo’s because that lag is the hardest thing for them to actually fix
8: surprised at least you didn’t mention mauls spamming also kekw 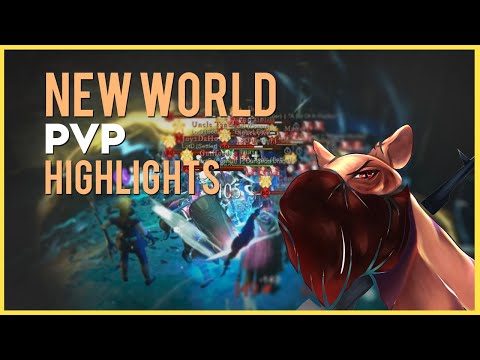 Hey man, I’m the lead shot caller from Barry Seals. If you are going to make bold claims it would help if you provided evidence to back them up. You guys should focus on improving your shot calling, strats, and playing better as a team instead of finding excuses(lies) for every lost fight. Your alliance has 5-10x our numbers and you controlled the entire map when we joined the server. Barry Seals New World Week 1 PVP Highlights | Locuta Marauders - YouTube Feel free to check us out on Youtube, we will be posting videos of taking all your territories.

It’s extremely frustrating to see our accomplishments get diminished down to “we lost because they’re cheating”, when not a single one of your guilds claims are true, and no we don’t cheat. We have reached out to your leaders and sent them videos of our perspectives from all these wars (I expect they haven’t told you that), and have an open line of communication with them where they can ask us for anything they need. Just because a guild is better than you, doesn’t mean they’re cheating. It would be nice to see a real post where you collect all the evidence for your claims, put clips together and explain your perspective. We will reply to that post with our own footage & we will be able to directly refute any claims you have (because they’re not true).

hey guys inats here from barry seals
so the problem of this game with the lag it is in evry war not only on locuta server
it is in evry server there many reasons for that first of all
1: the pvp wars 50v50 is not instanced it still counts towards the open world this is one of the big problems
2: multiple events start for example if the same company owns multiple teritorys the war starts at the same time if attacked or invasion is going on what causes extra lag
3:if you allrdy took 2 points in war you are forced to clumb 100 ppl on one point at this point you cant rly say its anyones fault evryone should do dmg even if its lag it should keep continue or do you gonna tell your members hey guys its lagging lets stop doing abilitys so basicly as you say we are cheating but we dont even look up for any cheats or doin stuff to take advantage you post some random video as evidence even we didnt do anything like that
4:we didnt use any invincibility we are all as a player still walking around but for the outside person you see us staying around so you going there hitting on a ghost and you do 0 damage the reason for that is dsync players are at a different location than it shows that means you guys think omg they are cheating we dont hit them or we dont do any damage but it is the same on our side we see alot of ppl staying around so the only option there is to do more aoe damage to do any damage until a clumb is wiped up so it is at the end a dps check

You specifically highlighted specific instances of where you won, but none of where you got demolished. We want fair competition and while the point desync is by no means your fault, winning back to back wars on attack using it, but doing nothing to report and fix the issue is entirely something else.

Just because a guild is better than you, doesn’t mean they’re cheating.

Did I accuse you of cheating? No, I accused you of instances not in your video of where you have taken use of exploits, some of which you can’t really control and the onus is on AGS to actually fix.

Also having your members responding in the way they did, further proves my point, especially with a very select video like some 15 year old listening to rap made it.

“We want fair competition” … No you don’t, you actually want to be the best… and you realize now you’re not and you’re so outraged… Look at your behavior here. You lost 3 wars, so say “CHEATERS!”. What you need to do is grow up, realize you lost, find out why you lost and be better.

The fact that you had to make this post and have been falsely accusing many players of cheating on our server whenever you lose ruins your credibility.

Its funny how none of these problems were brought up when you cheesed the server to gain and hold all of the territories shortly after the game released, and now are only and issue when you lose.

The desynching problem is not something that can be manually activated, please stop calling it an invincibility exploit and accusing players of it. This is not the days of PS2 and Xbox where people had lag switches.

Sure, keep saying that, when you took down footage of you guys purposely lagging the point and its extremely obvious in the footage I have of Brightwood.

Keep screaming that you arent abusing a known exploit. Yes it’s on AGS, but you guys are just taking territories, letting them downgrade, and ruining the server all to feel big about your overly toxic behavior.

I have been reporting and posting about the overwhelming exploits used by Bary Seals on Locuta for over a week. Ironically, some of those clearly shown in video clips using the hatchet invincibility exploit are not only still in game, they are making their first forum post here in this thread. Priceless.

Aodan, there is no sense in trying to have any sort of productive discussion with cheaters/exploiters like this as they will deny/deny/deny just like they did in ARK (feel free to Google for clips and details) despite the blatant proof showing their exploits.

Let’s continue submitting reports and video evidence to Amazon Games and if they do not clean up this mess and take action against those repeatedly exploiting, move on to a game where cheating and exploiting is condemned by the developer, not condoned.

Amazon Games, start reviewing the videos sent to you, pull some logs and start banning before all you have left in this game are the exploiters.

You know when a company is cheating/exploiting because they always try to ratio the post in these forums as soon as one of their members sees it, look at the flood of posts from 8 hours ago, all defending the same company, if anything is sus, this definitely is.

so you telling me when we found out you guys spamming the forums we should not defend ourselfs??? we getting accused bec this bad players dont know shit about pvp neither are good at rotations shotcalls or coordination its just a group of coping ppl that think its impossible to lose a teritory its just embarrasing that you guys false report ppl for just playing the game normaly i dont get it how desperate bad players can be

what is the exploit 100 ppl colliding on the last point and using abilitys??? should we just go afk and wait the 30 min out you guys make no sense Are you making assumptions as to which company I am in now?

As far as proof, I see nothing other than a transaction. If this was done on stream as you suggest, it doesn’t look very secret to me. lol

This transaction could be for anything, helping another company out, trying to get some more war activity, trying to prevent more invincibility cheating on your part to exploit another win in wars hoping Amazon would get the hatchet exploit you were using to win territories fixed soon… I see lots of possibilities.

As far as your suggestion that this is ‘win trading’, that doesn’t really apply if they already own the territory and are not asking someone to ‘lose’. Perhaps a better description might have been ‘exploit avoidance’? I cannot speak for what happened here but if I were a betting person, I would put my money on someone encouraging companies that do not exploit to war?

Hey, until Amazon gets their act together and actively bans the scum that exploit, I think this might be a great strategy for saving the game. Encourage legitimate companies to war and have legitimate battles rather than exploited wins.

he declared war on stream

Ok, well see my speculation on why this might be. I would like to review the actual video so please link that rather than just the screen shot as the video will give context.

Again, if someone in this game decides to offer a bonus to incentivize legitimate companies to war with them on a fair playing field without stipulation to the win/loss outcome to avoid exploiting companies from taking another territory through exploit, I cannot say that I would be against this.

In fact, I think it might be a great idea for ALL servers out there trying to combat losing another territory to exploiting companies to encourage some fair wars (no stipulation on outcome of course, just fair battles) with companies that do not stoop to exploiting to win. Spread the word, I like this idea. Who knows, fair battles might actually become a thing?