War: Glitching through walls of the fort as the defending faction

What is your character name in New World: DerFake

Describe the issue you are experiencing:

Yesterday (18th November, 2021) I’ve participated in a War at Everfall. The defense was quite stronger than the attacking side. The attackers had multiple persons with lvl 40 or below. The defenders decided to push to the fort of the attackers.

At the north gate of the attacking fort I were able (it was not intendent, I just got stuck again at a wall and wanted to get out as soon as possible) to crouch through the right pillar of the gate so that I (as part of the defense) could walk INSIDE the fort. YES INSIDE. Not outside, not on points A, B or C. No I was standing INSIDE the attackers fort…

For testing reasons I had used some spells of the hammer and sword + shield. So all in all I could use everything inside the fort.

I haven’t killed anyone but wanted to get outside. The fastest way was to get killed by the respawning attacking side…

Is this a bug or an exploit: Obviously a not intended bug!

How did the issue effect your gameplay: As I mentioned above the defending side was way stronger and better equipped so it was not really affecting the war because we have already pushed them (the attackers) back to the fort.

The problem is that we all know that defending a city is way easier. So in addition such a bug could lend to the point that the attackers “could” be spawncamped …

Were you able to recover from the issue: Exiting the fort was not possible so getting killed or using /unstuck was an option.

Please include a screenshot or video of the issue that you have experienced: I have forgotten to take a screenshot … - One of the attackers send me a private message that he/she/it wants to report me (including a screenshot of me standing inside the camp)… - So I wanted to share that “experience” before getting banned for glitching through walls that shouldn’t be used for “teleportation” - Or is this a Harry Potter reference???

What are the steps to reproduce the issue as you experienced: I’ve tried it 3 times (to be sure that is is a permanent bug) and everytime I was able to get through that specific pillar (Fort Everfall → North Gate → right pillar → crouch and press forward to get through).

Even one player of my group was trying it and could easily get throught that wall. So that was not a problem of my character / launcher but it is an overall problem.

So pls investigate that bug.

Bump. This is also possible from the attacker site and is an exploit actively used in wars to sneak into the fort and capture it. This is a major problem. 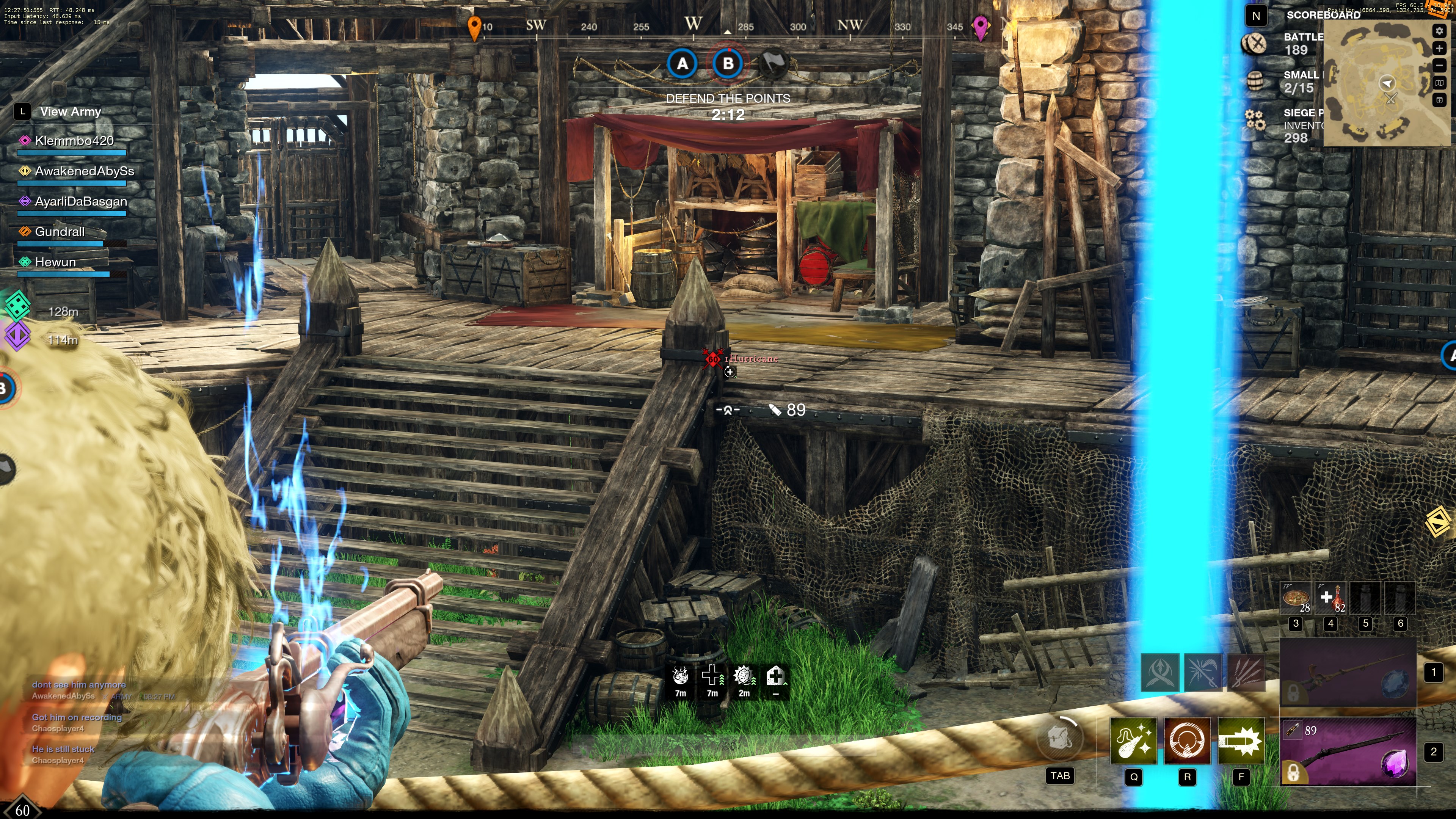