Wars are back to unplayable lagfest. The bandaid came off

@KaktZ @Luxendra @NW_Mugsy @Kay and whoever else
Wars are back to being unplayable, everything is frozen. Please put the bandaid back on ASAP

Short video, this is same experience for whole duration of a war for everyone involved 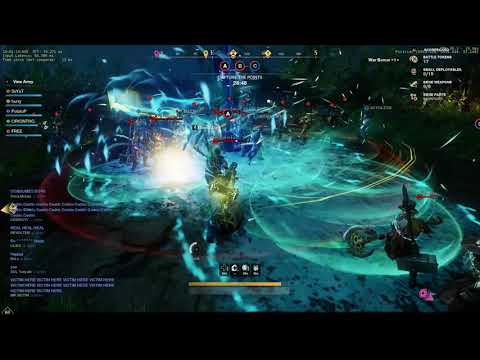 Yeah the whole battlefield is frozen, did the void gauntlet took back the lag? Or something happened to the netcode again?

Got war as soon as servers up. I can confirm massive lags, even when there are smaller amount of players then usual (not all was ready to rock after 2 minutes of server start). Also, during our war there was absolutely not a single one void gauntlet.

Just played a war, it’s worse than it was in beta.

I have to say that your war went much better than ours tonight.
Here are some highlights of the comments/jokes afterwards:

Instead of Frames / Second, we had Seconds / Frame
I’ve seen PowerPoint presentations update more often than the war
I was stabbing him in the back when sitting on a siege and he took no damage

It was so bad that several members become dejected to the point of considering quitting New World completely, which would be a shame. But fully understandable.