What is the point of trying to defend a territory in a war when the other team is just going to purposefully lag out the server to make themselves invulnerable?

The people abusing this should be permanently banned or else the developers clearly have no intent to punish cheaters.

These kinds of people will kill this game deader than poor design choices.

They can’t ban players for using the ice gauntlet, it is on AGS to fix this issue and they are well aware of it.
A simple band-aid solution would be to disable IG in wars, till they fix it.

But they can ban people for knowingly exploiting it.

how could they prove that ?

I’m a healer with life staff and ice gauntlet, I’ve been spamming the AOE in both of the wars I was in, I had no idea that’s what caused the lag, in fact nobody in my company said anything about it so I guess they didn’t know either (it also fkd us, since we were attacking and we lost). They should fix it asap, telling people to not use their main weapons is not going to work.

There are many twitch clips and entire companies specifically make builds to exploit it. Its all over their discords and Twitch.

Just because you don’t doesn’t mean others do not.
I know that a certain group on the server I play on has known about this exploit and actively has their members make builds to exploit it. This is only one of the few things they knowingly exploit and they generally behave in an extremely poor manner.

Ok ban them i don’t care but that would not fix anything … those are like 0.0… % of the players abusing this rn.
@dapa3ck better disable IG temporary till they fix this issue than let this go on.

Its way way more than that. The group I am talking about is larger than 3 full companies.
Thats over 300 people. Siege teams consist of 50 people so at the very least 50 of those people are knowingly cheating.
There is no excuse.

So open a ticket send the evidence to AGS and hope they can help you. I doubt this forum post has any impact. They know about the issue and all we can hope is that they find a solution.
Btw we lost our last 2 zones to purple on my server cause the war lagged out. I understand your frustration.

Thats the thing. There is report after report about this in the bug and exploit section and there is complete silence from AGS on all of it.
They are not communicating at all with the people reporting this issue. 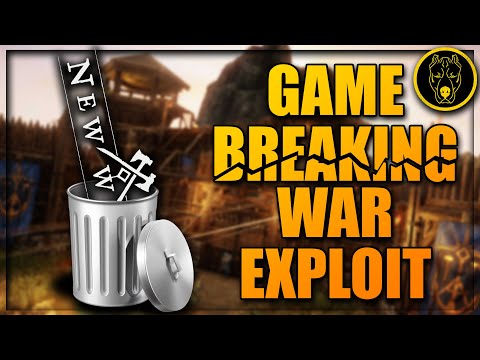 He mentioned the ice gauntlet nerf but that led me to think of another problem caused by that nerf. Not only does it not solve the problem but it also makes it fairly useless. If only one counts then what is the point?