We want mutations as we were promised them

r/newworldgame - "Repeatable every day" What happened? 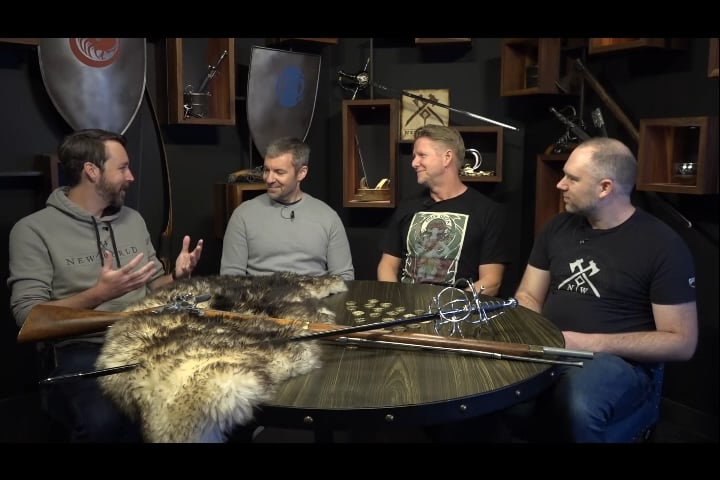 They really need to get rid of the orbs. I have like 2-3 hours to play in a week and end up spending the time to farm coins/tokens/mats for orbs.

Decided I would rather just quit and go back to wow so that I can run mythic+ whenever I want to.

AGS - Listen to your player base. They’re losing faith in you (by the hundreds, everyday) because you’re not being honest.

At least have someone come on and tell us why there is this difference. Did the Dev not have the right information? Was he not authorized to say what he did? Are we somehow misinterpreting this? Because on it’s face, this is the fundamental issue many players have with AGS - we simply don’t believe you anymore.

Please respond to this repeated complaint.

True. I liked the game’s potential so much that I stayed active until the mutation patch. From then on, I simply lost faith in the developers. It was like the final nail in the coffin. I’m still on the forums from time to time, hoping that stuff will change, but I don’t really believe in that anymore.

MMO’s can only be fun if you have something to look forward to. Grinding is mostly bad content but when you do it with a purpose, it is often even fun. New World became super unfun once I realized there’s not much to look forward to anymore…

Not the first time they lied to us and won’t be the last either.

Here is a radical idea; create a very difficult PVE mission set (akin to the legendary weapon missions) that reward mutation keys. WITHOUT A TIMEGATE.

Not only will it give end-game players a reason to go back into open-world dungeons for more than just clothing grinds (and into the areas that may have been skipped or done only once during the main story), but it will also give players a constantly repeatable (but time consuming) way of getting into mutations.

Oh, and for the people who will respond that this is too hard to program: it’s already in the game with the legendary missions. Make the mutation key mission hit a random quest line, so with virtually no programming, but all of a sudden there are 10 different mutation key lines.

Just remove the orbs. Those legendary quests were awful and all the same…

And again, this topic will be gone without any AGS respond.

My server, it is literally less people since the mutation patch release.

Good job, AGS. Base on this VDO, you can’t even do what you promised to us. Shadow neft/buff are still on the line too. I don’t know what can we expect from you guys anymore.

A challenge game?, at first but the gated content just made us boring.

I have talked directly to ags members, including senior analysts, and designers and they are well aware its an issue. They are watching it closely. I personally think all thats really needed at this point is two things

Looking at the Feb patch notes it might already be too late for any significant changes to make an impact.

The peak player count keeps dropping day by day. I don’t know if server merges would even help much at this point.

Makes me think this is gonna die a slow death compared to the fast death Crucible went through.

I just quit the game because they saaid you would be able to do M1 mutation with 550 gear score. Come to find out you can enter the M1 but you wont do any damage. 625 gear increase was WAYYY too soon and WAYY too sharp of a curve. They should have made it so all the 550 gear score people run M1 for upgrades… I gotta sit here and farm a whole legendary gear set just to play M1… I rather just quit.

It’s really not that hard to raise your expertise to 600 and to get gear 590+. Your just complaining for no reason at this point.

Noone will accept you unless you have 602 gearscore. You need a full equipment full of trash legends and I dont feel like upgrading trash legends. When they first announced Mutations they said 550 would be for M1. They fucked everything up.

There is a reason why this game is down to its last 5% of players.

Well yeah mutations suck and it only goes based off gear score. I personally don’t even run mutations and my GS about 605. I would just buy some trash high gs armor off the tp and call it a day.

This comes with the added requirement of advertising a period of time for the game to be free with amazon prime or some other such deal that makes anyone who wants a new mmo acquire new world with no money out of pocket.

I can tell you for sure this game will die within the next 3-6 months if these changes are not made. They are having to much impact ont he game.

I don’t even think resources are that hard to get. The time gate is the biggest problem.

tuning orbs need to be removed from the game entirely.