What counts as a "Named Item"

In the most recent Dev Update video, it was stated that Luck perks in your gear increase the chances for drops to be “Named Items.” I was hoping someone might have more information on what exactly is the definition of “Named Item.”

For example, are things like Woodworkers Hat and Weaponsmith Pants “Named Items?” What about Glowing Sap (Drops from a named boss - is not harvested from trees)? There are a bunch of distinctive items in the game, but I don’t know how to tell which of those count as named, if any.

For commenters… Please link to any official posts or videos where this has been cleared up, if those already exist. 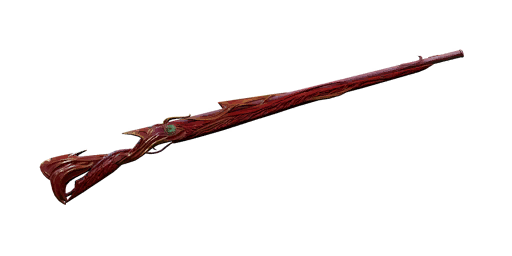 Madman's Headhunter: "None are safe when the madman is on the loose."

For commenters… Please link to any official posts or videos where this has been cleared up, if those already exist.

This has not been cleared up by anyone from AGS. Your guess is as good as anyone elses.

Thanks for the reply. I think that the example you posted is certainly a named item. However, it falls into the category of “Things we all know and agree are named items.”

My post is hoping to identify what ELSE counts as named items. The three items I named in my post, for example, have fixed perks/attributes (or NO perks/attributes), but most people seem to think they are NOT named items. I don’t know how to tell for sure and was hoping perhaps AGS could clarify.

The distinction needs to be clearly labeled on the relevant item pop-ups in-game, players shouldn’t have to make guesses on the status of their gear.

With the recent changes named items have become their own category

with weapons and armor it is an item that has 3 predetermined perks.

as for gathering sets im not too sure but i am going to say i had better luck getting weaponsmith pants when I only had bags with luck.

I have some subquestions, does luck only affect named items? Or was the developer merely using named items as an example?

From what I can tell, if loot will drop off a boss, it will always result in a named item dropping if that boss has a named item in their loot table.
If that’s the case, wouldn’t that make luck useless for bosses that will drop named items anyway?
So luck is more for the chance to drop named items off trash mobs, like The Settler’s Friend in Genesis?

Anecdotal experience suggests that if I am in a flagged PvP run, it will result in more legendary items. If that’s true, does luck also affect the rarity of unnamed but generic items?

There are collections of equipment that live at different general probabilities: a “Common” set, “Family” sets, and “Elite” sets. Rarer still are the more context-specific Expedition sets and Named Items. Common items have the broadest possible perk roll variety, Family sets have slightly more narrow perk roll variety and a higher chance to roll perks, and Elite sets only come from Gold-Bar (elite) enemies and have narrower perk rolls and an even higher chance to roll perks. Expeditions items almost always roll some perks, and " Named items " come with a pre-set selection of perks that don’t roll.

Hey Adventurers, Thank you so much for your feedback since we posted the first Update on Current Issues Dev Blog. We appreciate everyone’s interest into our communication and where we’re going with New World and we want to continue being transparent and communicative on how we plan to reach our goals and address outstanding issues. Server Transfers Our top priority with server transfers is to address the edge cases that have blocked players from using their free transfer token. While the vas…

IIRC trophy mats for Ancient/Lost/Corrupted/Angry Earth were Luck safe 1/500 from data miner. So luck doesn’t even effect those drops.

Trophy mat’s like Precision Armorer’s Tool’s rate to get into that bucket that contains all of the trophy mats you must roll over 99,500

Woodworkers Hat and Weaponsmith Pants etc. I’m not sure yet not much information on it to go through.

This question has been answered (mostly)!!! I asked this question initially because I wanted to find out what luck helped us get in New World. An Amazon employee has FINALLY answered the luck question(s) satisfactorily here: [Dev Blog] Luck FAQ

This topic should now be closed.