What happens with Lamian server? No merge for it?

Atm, we are around the 60% of players before the merges. A lot of people used the transfer token and they went to another server. Furthermore, there are a big percentage of players who are playing 'cause of the christmas holidays so we’ll be less players in a couple of days.

Please, don’t condemn us to play on a dead server.

@Luxendra @TrevzorFTW please, could you talk about this? We are in the EU Central server with the lowest population, the closer one has double population than ours.

Just give us a free token to migrate to another server if you want to avoid the merge or just tell us when the next merge will be.

This a EU thing? Id have some tea and relax its been seen. Unless you don’t like tea or your allergic or you have a religious thing… then just have a water.

Damn good on ya mate.

@NW_Mugsy since I see that you have had to work, please could you help us with this issue and give us some recent information. Look at the player comparisons you have in previous threads and understand that we are frustrated.

P.S.: I know I am very insistent on this issue, but as I have no official response other than vague generic notes in Offcial news section, I insist more and more.

it’s very sad. I decided to move to another server finally because of this.
a shame because I had levelled my character completely in there but now it’s hard to get people for some things, like for the winter event yetis.
I moved to another server and could do those in like 5 mins. I hope it’s fixed soon.

Ey, guys, we’re still waiting for news. Why are u ignoring us?

Hello, im from Lamian our server is barrerly dead, the 30% or more of players have migrated to another server because they have token to do it, but what about us without token? i can’t play “Outpost Rush”, everything is expensive, any city is upgrading anything. Pls save Lamian with some info about us “devs” or give us a token so we can move to another server and enjoy the game.

No response, no comment from the moderators… This is disgraceful 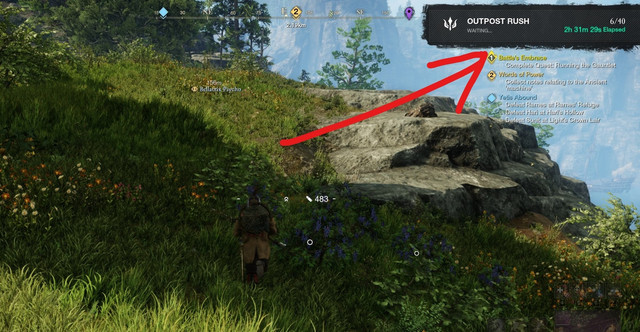 This is the fourth day that I could’t play a single outpost rush so that situation impacts in the player’s progression.

Can you believe they neglected servers with out a merge for this long.