When will AGS get a clue? OPR meta is NOT fun

Loaded in to OPR and this is what i joined into. 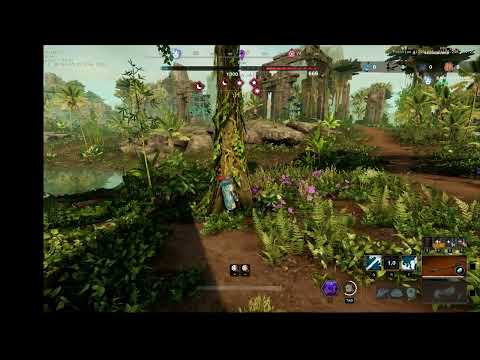 It doesn’t matter what server i play on, East, West, Fresh Start, OPR is filled with muskets along with bows. It is simply not fun to play against. It is simply not fun to be pelted all game everywhere you go by either a bow or musket. Either trying to run to objectives or while being a fight with a melee player then just getting hit for 3-5k from muskets and even harder from bows potentially depending on empower. People are quitting daily yet again and OPR meta has a huge part to do with it. The Ranged meta is awful and just ruins the game, even if you win. Alongside with the Great sword being absolutely busted paired with the Dodge changes and 10-15 bows and muskets shooting you everywhere you go, with all the additional combat bugs the game is just extremely frustrating to play. Only Musket players are looking forward to the Damage buffs, The 95 percent of us that don’t play muskets aren’t. The game will probably continue to lose players until pvp combat balance and bugs are addressed.

in my clip you can only see 3 muskets, rest assured there were several more down the road shooting people by the objective, along with all their bows.

Is this footage from Call of Duty? Why is there a hitscan weapon in an mmorpg 2-3 shooting very well equipped players all across the map?

This is nothing. I had games where on this same rocks where 5-10 muskets. But agree its not fun at all. Its reason why i stop playing OPR in first place.

Devs said in theirs video “im ok with musket in OPR” and chery on the cake, they gona BUFF them by alowing them to walk/run when reloard powder burn.

So get over it, this WILL NOT CHANGE ANYTIME SOON, this will in fact get worse

3 muskets and you play solo.

If you where a company and had groups of 5, you could just rush them and kill them.

I dont see the problem. You want everyone to play with no weapons? Only fists.

80% of OPRs are full of bows/muskets at least 10-12 each team. This issue is for 6-7 months. We had a small break people scared of Las nerf and GS has been added, but now people returned to bows and realized that LAs nerfs are not so bad.

Fire Staff and other magical weapons projectile stops at a short distance. You cant light/heavy attack that far as Bow/Musket can.

If you are in a group/friends, you can play Melee/Tank and with Healer and you can just rush the Bow/Muskets and kill everyone.

3 muskets and you play solo.

If you where a company and had groups of 5, you could just rush them and kill them.

I dont see the problem. You want everyone to play with no weapons? Only fists.

And he should be able to play solo if he wants. 3 any other players togerher wont break game for you when you play solo. But muskets will.

Stop making stupid excuses. OPR is CSGO for some time and musket is broken since day 1.

Answering to issue “get gud” or “dont play solo” or any other stupid way wont make it less broken. It will be broken and ppl will write about issue on forum. Get used to it. There is no shortcut for this weapon. Amazon cant balance it. Fact that they try on ptr only proves they have no idea how their own combat system works lol. If the would understand all combat mechanics they would notice weapon cant be fixed. It has to be designed from scratch.

And he should be able to play solo if he wants. 3 any other players togerher wont break game for you when you play solo. But muskets will.

Stop making stupid excuses. OPR is CSGO for some time and musket is broken since day 1.

You dont read the posts?

If you play solo and no group you are going to get shot down by Bow / Musket in OPR/War.

Go play with your friends and you can dominate in war. Whats so hard to understand.

Bow/Musket is not broken. They should just fix projectile distance for Fire Staff / Magical weapon and you will see another meta and everyone will stop crying about Bow / Musket all the time.

But you need just 1 musket to focus you and you die. I dont care about wars. Wars are crap. I dont play them.

But i want to play OPR. But i cant couse u get shot by muskets and there is nothing you can do about it. When bow shots me even if he is out of my range i can close gap with W key while dodging his arrows. But when musket shots me i die (unless musket is crap player).

Get used to idea that weapon will be nerfed to the ground or redesgined. There is no other way. It does not make sense that single weapon breaks multiple game aspects for all other players lol. Even if devs dont want to address the issue they have to. Its not their choice to make.

All I hear “I play solo and musket kill me

please delete weapon”. Maybe not play SOLO in a WAR in an MMO and expect to be good or survive.

There is no clue to get. Again, find a company/group or get friends to play with and you dont have this problem.

If you want to play solo and complain about how others play, go kill boars instead or something. War is not for you.

you cant handle the reality.

Reality for some is not the same for others bro.
No one’s know betters than other, its just “other experience sensibility”

I used to think these are not a priority 1 but making some changes to map as well as the scoring system could rectify a lot current OPR issues such as lack of melees/tanks as well as overall flow of the game. Plus more rewards

First off… the scoring system. It favors stat padding on players and AI whilst neglecting point capture and (if I am not mistaken) excluding tanks entirely - this is not ok. Damage taken and mitigated should mos def be included in the scoring system. Same …

I play multiclass and have to play musket in OPR
and I can tell you from personal experience there is no option for ranged players right now.
If you’re playing bow/mage/blunderbuss and there is competent SnS/GS in opposite team you will get popped solo, At least musket will miss their shots these GS/SNS guys will just aimbot you with melee and perma slow you to death.

Because of that, people on our server aren’t able to play anything except musket because the range is absurd and you can be relevant in the game. The melee hit dodge changes, made if absolutely necessary for solo players to run musket, because otherwise they dont have agency in the game during solo queue. If i queue with a healer, I just pick up a GS/GA and go on point because i know i am with a team. Solo Queue, you just can’t compete with SNS.
P.S. Musket also shits on bow, so to counter the bowpr you just have to play musket despite the fact that half the musket players themselves dont enjoy playing COD.

Hello Mr musket user. Getting a group of friends to group up and go kill this musket users is a potential solution, but a garbage one. You see where these muskets are? Up on the rocks? Over a hundred meters away from any objective? You either can get to the base as a group and the rest of your team can’t or you go kill those muskets and just be wasting time. You kill them while you are losing the objectives and the muskets will just regroup and start over.

Every opr lobby now is nothing but bows and muskets shooting everyone from across the map and only getting worse, bruiser mains and other war build players are either just not queuing opr anymore or just they just Que up and a musket or bow. The game is not fun, players are quiting and this is why. A huge reason why. Wake up.

Everyone also uses great sword, which scales with both bow and musket, and which ever dev thought that be a great idea that be balance wise, should be placed in a different department.

Easy. Only get rewards if you win. How to shift the meta without a single nerf or buff.

You’ll see only melee and healers because they are objectively way better than any ranged.

the problem were is only one the rest is bullshit, how it is ok to give all that range for the muskets? This is a MMO not a Battleroyale, not Call of Duty, not a Battlefield series game.