Who is the original development team of New World?

I dunno how you can claim that the griefing history isn’t true when a senior producer of the game literally said in an interview that they moved away from the original vision largely because of griefing.

Your post touch my heart cuz its absolutely apt.

Our lovely game will die soon cuz of the poor dev team. I am not already out of this, but i am thinking that I will do it soon. The only reason i play this , is the double XP event. After this, man , i don’t know.

To save this game, the first thing Amazon must do, is to change the whole team working behind this game. But i don’t know if they want. Maybe all these choices, is exactly that they want. To sent the game into the grave. They do the opposite that players want. How a human can explain this?

I am done guys. If you check my history in this forum, you will see that I am a player who was giving feedback to them, bug reports, ptr reports. But i don’t think that i have the courage to do it any more. I am really sad about this situation.

Katy Kaszynski
she is a release manager from Dev 2020 to Jul 2021
and then become product owner from Jul 2021. (yes after that NW is getting worse and worse)

So when the product was under construction, she was not in the team. Niceee!!

no she is the one who jump out to say they changed the game direction from PVP to PVE. I guess she is the one behind all this time gate & nerf & grind stuff. and I guess she didn’t play PC game, has no PS or xbox, but very good at presentation & KPI & process & data driven & excel & talking.

Watch this, it clearly show how unexperienced and unqualified the current devs are to building and running a mmo game Death of a Game: New World - YouTube

Since the original dev team left (prob becouse of horrible management) this game was never going to succeed at anything.

Katy Kaszynski has been credited on games developed by the following companies: Amazon Games Orange County. This does not imply employment by these companies. Katy Kaszynski was credited on a game in 2021. His/Her career probably spans more years... 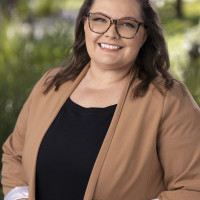 Katy Kaszynski is a Senior Producer on New World at Amazon Games, where she oversees implementation and management of processes, policies, and procedures to continuously improve the health of the live game

This is actually the funniest shit i have read . “How Amazons New World evolved into a MMO success story” at least she managed to turn New World from a fun game into a tedious game.

hahahah i dont know how Amazon hired them.

So tired of hearing revisionist history here about how “fun” the full-loot, forced-PvP game was, especially when half of you likely never even played that version of the game. It was a disaster. That’s why it doesn’t exist anymore.

Anyone know why the original dev team quited from the game?

apparently because the management team order them to change the game from PVP to PVE.

I stuck around because I believe the PVP DNA of the game will prove itself to be the core feature in the long run. Lag and desync are finally at a manageable place for the first time since launch and the servers with active players are pretty healthy looking. I haven’t been to the other servers lately, but I suspect the people there prefer to play with fewer people and enjoy a more PVE grind mentality that they can maybe sell to people on the PVP core servers later or whatever.

I think this is a good place. It’s a weird niche of a game, but the people who are left seem to have a pretty decent attitude. They’ve been through a lot.

I like the PVP track a lot, and the legendary con items from there have allowed me to finally be able to build a bunch of new playstyles that I couldn’t try before because all the relevant PVP gear was gated behind PVE content. I have like 80 human earth days logged into game but I’ve never finished the main story quest, my faction rank is like the 3rd rank because I’m too lazy to go finish it and I don’t need any of the shop rewards (I’ve never run an expedition since Depths), but I like this game because of it’s PVP bones. I enjoyed playing OPR and 3v3 even when I didn’t have good enough gear to be relevant, and now with the PVP track gear I can actually be useful to my team.

Good stuff, looking forward to more PVP content in the future. I understand you’ll also add PVE stuff to the game, but I will continue to not engage with any of it

I am just thinking that you said and make sense. Thats why they cant debug the game. Cuz the devs who wrote the code are out of the studio… Didnt know this.

You can still have “casual open world pvp” though. The problem is the team created both “forced” Factions and PVP. IMO I think they should make Factions for the hardcore PVPers, and have casual PVP outside of factions.

Obviously, this is a pretty abbreviated suggestion and there would be tons of detail to go into further, but there are ways of doing this that tons of MMO’s have successfully accomplished (guilty Ultima Online player). I just think the current system is poorly incentivized.

This is why none of us trust their decisionmaking. Instead of one of the myriad responses that isn’t stupid as hell, they fucking wiped the whole stage and started making a theme park. All because griefers.

Why? Just copy WAR’s tier system, or add a gate so you only PVP after a certain level, or God in fucking Heaven, anything but just totalling the system.

It’s that degree of ‘ah, approachable problem? better cheat on them then gaslight them,’ teenage level of problem-solving.

I just genuinely wish we had anything from them on this. They seem consistently chuffed with their product even though it’s lagging behind competitors left and right.

Would have been less people than the amount that play right now tbh.