Why are you not banning bots?

I’m having a hard time understanding why you are not banning bots?

Players are reporting them (sometimes hundreds of times) and yet, you are not banning them. Several of the botting accounts have been grinding in game 24/7/365 and you still haven’t banned them. How could this be? You’ve encouraged players to report bots, but you don’t seem to take action. In many cases the botting is blatant, and yet nothing is happening. It’s ruining your game.

The very fact that players are having to come up with creative ways to stop bots shows how incompetent you’ve been as a team as dealing with this. It should not be on the players to work around this issue.

You need to do better and it needs to be a priority. AGS has the resources, fix it.

Several examples of your failure to take action (I can only put two links in a post due to being a “new user”:

r/newworldgame - These dedicated players who sit here on Delos 24 hours of every... 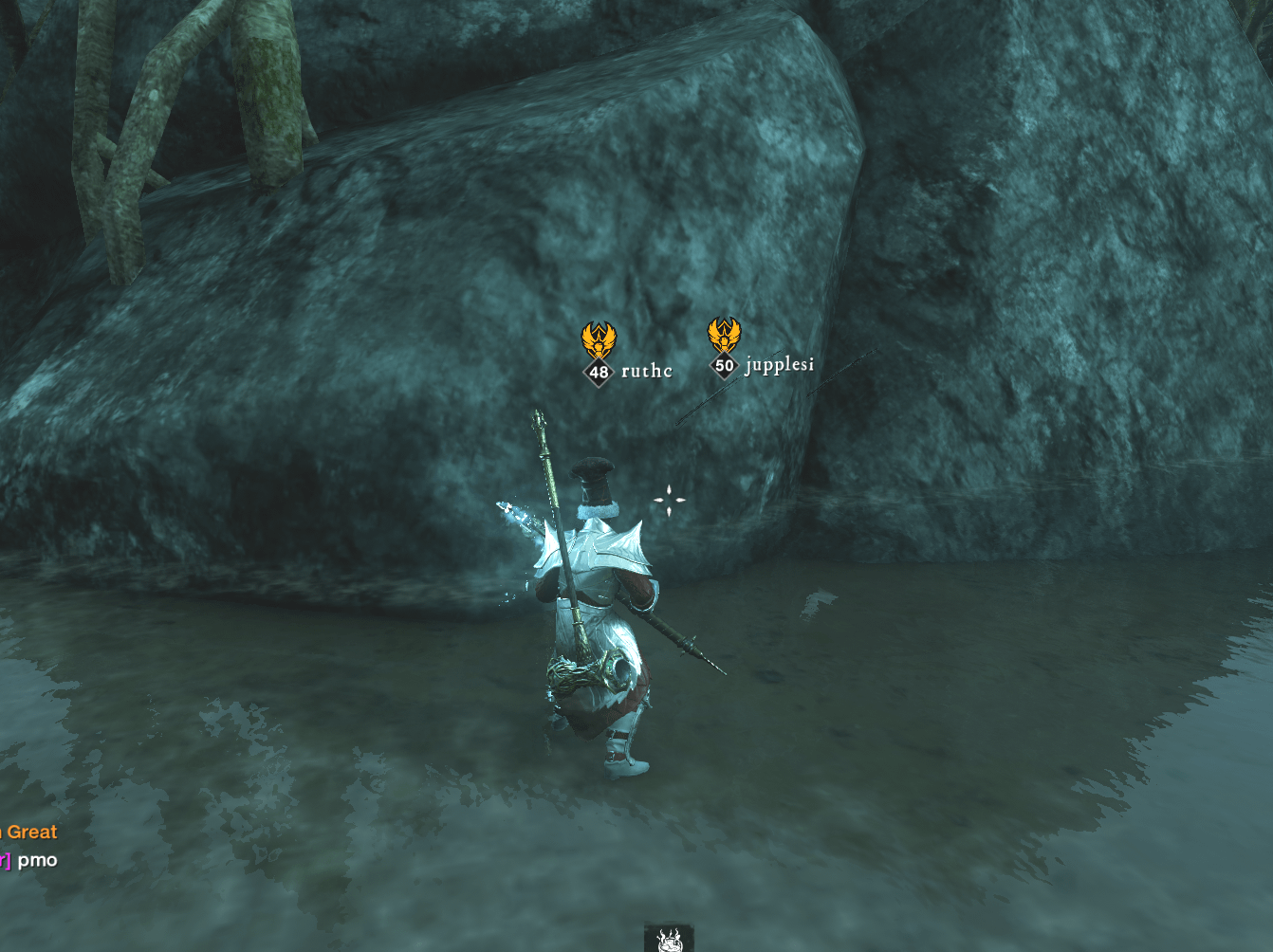 Ohonoo server, East Coast, US Reported 62 BOTS today. I’ve saw 10x more BOTS outside of towns than I have legit players. I dunno what you are doing over at AGS, but if you are having problems understanding what a BOT is, then login to a GM account, PM me and follow me around. I’ll show you dozens upon dozens of them in less than an hour. I’m losing patience, these BOTs are hogging resources, screwing up the economy and artificially inflating server population numbers. There are bots surrou…

I have and many many others on my server have reported these bots and the most AGS has done is banned them for 2-5 days. They will go offline for a little bit but none of these have been perm banned. @Customer-Service @Developer Lets see some action on these botters. It’s getting old. Only reason I can see that AGS hasn’t banned these bots yet is because if they do NW active player count will be cut down by a drastic percent. Server: Orun [aappe] [Aimiy000] [Baofuabc] [Bobonaicha] [bonus…

the second month, and they are still farming…

For example this area north west of Weaver’s Fen: [image] Good mote farming spot, but for some reason there are barely and monsters here so bots are here daily. I was farming there and I sent a report for these two guys: [image] [image] But of course, no one at AGS cares to actually ban bots right now. Instead you’re working on new content first in January then waiting to deal with bots until February! TWO MONTHS AWAY. Ridiculous really. So how about you do something easy. Just get one p…

The only reason feasible reason for ignoring the bits/gold sellers. AGS either benefits from the sale of more accessories to bots or from $$ from gold sellers. By blatantly ignoring the problem one or both have to be true.

I am waiting to see if it is addressed in the next patch or if they continue to ignore it. If the patch is more fluff and nerfs for the pvp folks whining about Void Guantlet or Rapier or whatever they don’t like now and other minor issues, then we know they just do not care and it time to give up on this game. Who cares about new weapons/features, when they ignore this obvious problem crippling the economy.

This has been my thought - Why are they tweaking weapons and adding fluff to the game (winter festival) while ignoring a massively significant issue like a complete collapse of the game economy due to bot infestations.

It would be different if they seemed to even attempt to ban them, but there are several examples of bots going weeks, with hundreds of reports without being banned.

Thanks for linking my post. We need to keep creating threads like this or they will continue to ignore the problem. We need the same type of outrage as when they were introducing expertise and downgrading everyone’s gear score based on high watermark.

It’s because they want the inflated player numbers. Only thing I can think of, the bots are so obvious it’s not even funny and so rampant, can be found at every star metal or ori spawn in the game without high level mobs.

They need in-game GMs but they are on vacation so we are left with them running free.

On the bright side they keep a supply of resources on the market keeping the prices down.

new content first in January then waiting to deal with bots until February! TWO MONTHS AWAY

I don’t think that’s ridiculous. I’m grateful they’ve committed to doing it in a fixed time frame, AND communicated it.

why you are not banning bots? Because theyll never get rid of bots like you want them to. Its an MMO. Theres still bots in WoW.

It’s probably because they need to “investigate” each report before banning. And they simply don’t have the manpower/resources to do so.

Their automated checks for bots (if they exist) simply don’t have enough accuracy to do so.

They also don’t see how game-breaking the bot epidemic is. They feel like it’s something they can “fix later”. They don’t see that the sheer number of bots in game is ruining the player experience for the people that are actually persevering in this giant mess.

Someone else in a youtube video noted that one good way of identifying bots is to check when a character continues to interact with nodes that aren’t there (not spawned). It is a behavior that a bot does but players don’t. If they continue to interact with enough empty nodes, that’s a bot right there.

At the risk of being overly cynical… I think it’s a lower priority for AGS because fixing it will further erode their player numbers. I would guess that at least 10% of all active players are bots.

I honestly think it’s because they don’t want to slam the hammer without having concrete proof. Problem is, most bots farm the same routes genuine farming players do, so you might see a player farming a route for hours on end, I often do for ores and motes… How do you distinguish them from genuine bot users? Don’t get me wrong, some of them are obvious. Such as the ones that farm the same spot for multiple days on the trot.

I’ve played virtually every major MMO over the last 20 years. I’ve never seen a botting situation like in New World. Most games have some level of prevention in place, at the very least, banning accounts reported hundreds (sometimes thousands) of times.

There is simply no comparison to WoW, or any other major MMO regarding the bot situation.

How do you distinguish them from genuine bot users?

It’s very obvious. As others have said, the bots “hump” nodes that are not spawned. Also, they move very mechanically. They move in perfectly straight lines, stop completely for a split second, turn to a new heading, then continue in another perfectly straight line. If you follow them long enough, you’ll see them repeat their exact path eventually. Also, almost all of them have stupid names like “feiwwefif”.

It’s stupid-easy to identify them. It wouldn’t cost AGS much to hire a few low-skilled workers to act on the bot reports.

Clearly not. They ban bots and more show up. Theyll never be gone. Worry about just playing the game

Except, I’m not seeing evidence they are actually banning bots - check out several of the post I’ve linked (I could link dozens if I wanted).

Have you ever played Outpost Rush? End up on a team that is 1/3rd bots. See how fun that is for you. Bots have actually infested OPR on my server, just run to a corner of the map and heal over and over. How could AGS have no way to prevent this type of behavior? It literally ruins OPR.

I get what you’re saying, but it’s not as if AGS records all events in the run up to an event. It’s a difficult report to validate without having ample footage. I mindlessly farm before I go off. I’ve often had people ask me bot or not because I move so peculiar when tired. We’ve had a couple on my server with names you’d never suspect to be a bot. It’s stupid easy when you have a decent amount of footage to validate, the fact remains AGS simply don’t. It’s just a report of some individual farming the same nodes for x amount of time. I farm motes for 3 hours every day before I go off, I’m far from a bot. If they ban when they shouldn’t have can you imagine the uproar it would cause?

I think it’s reasonable to expect them to deal with bots that have been on 24/7 for several days. This isn’t rocket science.

OPR is another low hanging fruit. How can they not take care of the healing bots in OPR? It doesn’t take complex systems to identify the bots (go to corner of map with NPCS, heal over and over).

There are no excuses for their inaction in many of these situations - it’s made worse by their continued post to “report bots”, placing the onus largely on the players to fix their screwed up systems.