Why dont we JUST make a new arena map?

Seriously that forged in aeternum video is an L. You ask about 20k players on a server, engineer answers why 20k players cannot be on the screen. They’re not even talking about the same thing.

Then they ask why not just do a new weapon which is the biggest task they can do from a dev perspective.

Why dont they JUST do a new arena map? That is easy. 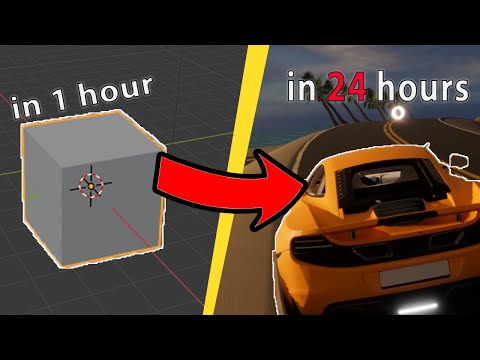 Why can this beginner make an entire game alone in 24h, coding, map creation everything. But you guys cant make 1v1 and 5v5 arena AND a new map or two?

Why don’t you JUST make a new arena map??

I believe the answer is that they are using Lumberyard, or some derivative of it, hosted on AWS services. Interestingly enough, when you read about the data that the analyst have access to, they very clearly state that they can make changes to the game IN REAL TIME. No patch notes, nothing communicated, just BAM, we decided to change this and maybe one of us players is lucky enough to notice the change and speak about it.

Interesting take to say it’s an easy task and linking some UE5 project of someone else.

Let me counter that with this video. 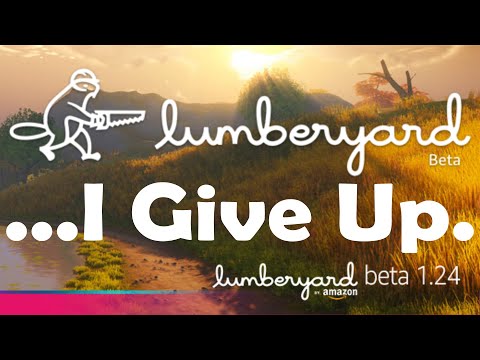 Not trying to defend the lack of content, but honestly i would not want to switch places with the devs.

Yes lumberyard is quite terrible.

But creating a map is still an easy process. The coding required can literally be copy pasted from the already existing arena map.

They already have all the 3D assets they need. They could quite literally build an arena map and ship it in a few hours of work. Maybe 2 days. That is not an exaggeration. Yes, even in lumberyard.

I would have included a lumberyard video instead of an UE5 video, but surprise surprise, its difficult to find anything other than beginner tutorials for lumberyard on youtube.

However, the process in lumberyard and UE5 for making a map is very similiar.

they are too busy focusing on the important things.

like fresh start servers so people can play for 2 weeks and quit.

or level 1 through 60 quest experience. Because, well, i dont know why but im sure its important.

or a new dungeon. Because we need at least 12 more dungeons.

or stat pad leaderboards. Because stat padders are players too.

or level 1 through 60 quest experience. Because, well, i dont know why but im sure its important.

Yeah bro, they revamped lvl 1-25 which was huge! Those 3 hours it took me to reach lvl 25 felt so much more fun… It was awesome of them to invest months of development resources into the 3 hours of beginner experience a player has in the game… That truly improved my experience for my 3000 hour character.

@ComfortablyNumb would agree with you. AGS is sure pumping out that content

@ComfortablyNumb would agree with you

What a great idea actually

So the first 25 levels of the game are over way too quickly, agreed. But your complete dismissal of the quest revamp makes it very hard to take you seriously as someone who really cares for the game itself as a whole. The impact the revamp had on the first-time experience was huge and the sooner the rest of the game’s quests get the same treatment, the better. If the whole game had quests of the same quality at launch then it would have been fine if leveling was even slower than it was.

The presented video does nothing to debunk what the devs said about development, by the way; it in no way can be related to New World and using it in this way is a false equivalence. If you wish to claim that it’s possible for New World to build the map in a day then you’ll need to find an example of an appropriately similar project achieving this same feat. Personally, I’ve used game map editors and I know that building a scene or map isn’t something you tend to knock out in 8 hours and expect it to be of any actual quality.

You also know as well as most of us do that “just adding another arena map” isn’t going to help in any way whatsoever. It’s just the same problems in another skin. Because you do have a list of problems with the game. Adding another map to fill the same problems with isn’t going to make you happy, so it’s a little disingenuous that you use this as the example to beat them over the head with in terms of your expectations of how long it’ll take them to do anything.

Ok i will agree the first impression of the game is better now. However it is only the first 3 hours and those impressions fade quickly. If they revamped 1-40 or 1-60 it would be more impactful.

As for arena maps. The reason we want more arena maps is to add variation in map layouts to give various build validity. To make arena strategies more interesting. Adding different hazards on the map. Adding verticality on one map. Other Los elements, maybe a animated wall that pops up and down from the ground.

@Ydiss you dismiss the fact that its bad practice to release an mmo and abandon the majority player base.

its fine that they did the quest revamp. its not fine that they are leaving us empty handed for simple features that we’ve been asking for over a year now.

On the balance of probability, it would take them more than a day to build them though. Probably a lot longer, actually.

You agree with this, right? So long as you agree with that and admit that the comparison you made isn’t serious, I can happily agree with you that more variety is a good thing and that it would be nice if they did release more PVP maps. Not just Arena, which I hate as a PVP mode with a passion. But I appreciate some like it a lot, so sure why not? I even disagree with AGS’s assertion that “more maps means segregation, which isn’t good”, because you simply use a vote cast system and don’t segregate at all (queue up, cast your map vote if you wish when you do this, queue fills to max and votes counted, winning map loads - don’t boot everyone off the map at the end of every game and let them stay on, cast vote for next map, retain existing players in rotation for the next game or add them to the queue if not enough stay in).

By the way, simply “copy pasta” PVE environments as PVP ones isn’t necessarily a good idea. It can work and has done in many FPS games I’ve played (which take the PVE story mode scenes and adapt them into PVP arenas), yes. And that’s great.

I will tell you this though, as someone who has experience of building maps for games (where allowed)… even converting an existing environment takes a ton of work to make it right. You can’t just go “snip, snip, rename, load, off you go”. And it’s also an extremely lazy way of building balanced maps. The arena is obviously balanced because it’s exactly symmetrical (they don’t need to be, obviously, but it’s a surefire way of making a balanced map, if a boring one). Almost none of the PVE areas I can immediately summon to mind instantly strike me as excellent for PVP. Myrguard as an OPR map would be an excellent example but it would need to be almost entirely redesigned so it was solid for PVP.

One thing I’ll agree on is that stuff like this is important. Dismissing the dev video, which I think was a pretty earnest attempt to explain this topic (albeit not doing itself full justice if I’m honest), to suggest it’s easy for them to do it, isn’t.

You think the quest revamp and the new faction headquarter things took less effort than a new arena map?

Seems to me they could have built several arena maps with that amount of work.

I didn’t mean to say lumberyard is terrible, but it is known to be tough to work with.

It’s quite hard to tell how easily or fast they could implement a new map from an outside perspective.
As you stated there is very few videos online, which you could get much expertise from.
And there doesn’t seem to be much on stackoverflow either.
So i’d assume they have to come up with everything by themselves, whether its creating, copying or just fixing potential bugs along the way.
In the end it takes a lot more time to do anything.

I’d agree on them having questionable prioritization tho

I’ve not dismissed that at all. I actually didn’t address it in my post.

My thoughts on how bad the game was at launch, how neglected its PVP content is or any other subject related to that weren’t discussed in this thread. I cannot dismiss what you say (I mean, how can I when I agree with it?) and you’ll never hear me say that more content isn’t something we need (and PVP content we do need, although I’d strongly suggest we need a whole ton more done with PVP before said new content, or at least on a higher priority in their list)

I addressed the OP and what was dismissively commented on about the revamp, more the manner in which it was dismissed. I play both PVP and PVE. If you thought I was an anti PVP target simply from my one post then you misjudged me