Why is no one complaining about Desync?

Ive went through a few pages of forums and there are hardly any discussions with this desync that EVERYONE i play with is having. Its progressively gotten worse since the dupe-fix patch. The game is almost unplayable. VG, while overpowered, you cant hit anyone with the Blade if they are backpedaling because the server just cant determine small amount of movement or what? Shots disappearing or just completely missing because people arent where they actually are. Trying to play any melee with the disgraceful amount of rubberbanding and weapon swap bugs, also happens to ranged but melee is 100x worse.

On top of this you have war changing bugs. The BAD movement bug, only being able to jump slightly to get moving in a direction then nothing after that? The GOOD movement bug where you run 1000 miles an hour and no you can catch you ever. they last through deaths, you cant fix them without relogging for 2 minutes.

AGS what exactly are you doing? The combat has gotten steadily worse since launch, and it seems like it doesnt matter. minus the bow jump fix and the void gauntlet lunge you fixed, what about EVERYTHING else that effects literally every aspect of the game? or is it that you cant fix it without causing a dupe glitch again?

There is a lot of feedback about desync, major issue, probably the #1. But AGS still considerer that add fictive content is more important that fix their game, i can’t understand and atm next patch have nothing about desync.

All of the input lag started right after the dupe-fix, im guessing they added some kind of authentication on the server side to check everything coming in to stop the duping? But everytime they patch it gets worse and worse. How can you mess things up this bad and not release anything on a fix, it makes zero sense from any perspective

The problem is that whenever someone posts about DeSync… a Dev pops in and starts rambling on about how we need to do a steam file integrity check, yada yada… and dont even consider that the issue is on their end.

They indirectly blame it on you by suggesting that your computer needs “fixing” in some regard, despite all other AAA games running perfect on it. 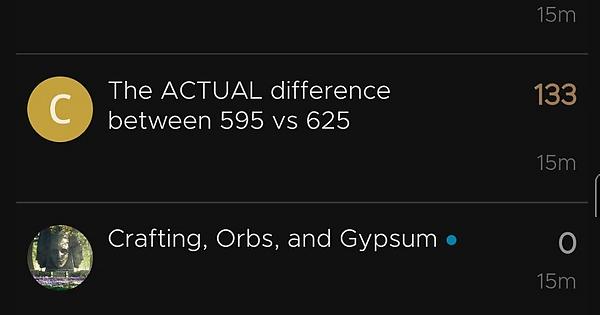 I think those remaining don’t mind it since they can exploit moves that work anyhow?

Greetings Adventurers, We will be holding downtime 2022-01-12T07:00:00Z (UTC) in your local timezone for the 1.2.2 Update. Downtime is slated to last approximately 3 hours (~180 minutes). Please find the release notes here: New World Update 1.2.2 - News | New World As noted on the release notes: A short series of work-in-progress quests was mistakenly enabled in the December build, but several aspects of the quests are missing, most notably the rewards. These quests have been disabled as …

We also implemented a tentative fix for the desync issues players have been experiencing in war and other high population areas. Please let us know if the issue still persists and the team will continue to investigate.

I’ve been lagging for so long and Im constantly seeing people TP in OPR its crazy…
This is pretty normal for me (This are just an example of what happens to me most of the time): 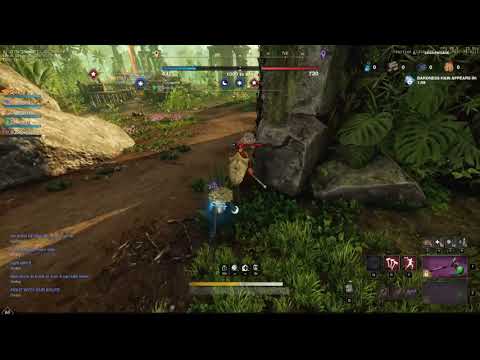 P.S.: The video where Im chasing the guy with the shield is not cut, I am getting TPed to a different location randomly, but the lagging bit is more prominent. I can barely get anyone in OPR, unless they lag more than me lol

Check patch notes they wrote they had fixed movment bug andin the offical news they implemented fixes for desync issues. We will see.

That’s pretty normal in OPR.
In PvE some NPCs take forever to initiate their combat script, so they retreat over and over until the server does that, for example, tentacles in Ilurmin Rift in Shattered Mountain. You shoot one with an arrow, it takes roughly half of its HP but then the tentacle immediately “retreats” while standing still and heals to full. Sometimes it takes 3 arrows to “wake” them up, or hitting in melee range.
All of this started after some server optimization patch around 1.1. Optimization at the expense of gameplay, go figure.

you’ll be surpise, most of the time I will suddenly have 3-4 players teleported in front of me and I can’t do anything at all except getting dmg. weapons get stuck, effects always loaded 2-3 seconds later after the effects has been click on opr which unable let me plan my attacks and minute decisions despite the lag. I mean in mmorpg we will have some sort of lag, but when it affects minute decisions that can’t even allow opr/war/invasion to get going and you are already killed only 5 secs later you are notified. It is bad. Really bad.

Do you have try after the patch of today ?

In Official Patch Notes nothing what you can rely on is stated for the desync issues. We’re a joke to them. A “tentative fix” as in any other patch is like they did “something” that “may” fix it but diddnt even test it.

The state of combat from both a performance and a balance perspective is just so bad that it’s hard to imagine the developers are not aware of this.

I remember the development team talking about plans for some major improvements to combat responsiveness in November and since then the only thing they did to combat was adding a buffering system which made the whole issue 10x worse instead of improving gameplay.

Hello Combat Fans, Along with bug fixing/tuning and the planned changes for War/territory control the team is starting on some next steps for combat in New World. Our initial focus will be in weapon swapping, dodge cancels, and attack input windows. We are currently working on weapon swap responsiveness and making sure that it is more consistent throughout all of our attacks, as we want swapping weapons to be an integral and fluid part of combat. There are many times that you think you’ve swap…

This is literally in every set of patch notes

We’ve fixed everything (tentative fix, which means they did nothing), Expertise increase to 5000, you’ll have to grind 5 years to get a decent item

desync that EVERYONE i play with is having

Fix bugs, remove bots, and for the love of Aeternum reduce tax revenue and pay restitution back.

i dont think any of them actually play the game. didnt they live stream a myrk run and get lost? JFL