Why nobody is enjoying OPR (VIDEO)

Basically every OPR since the arenas patch. As you see everyone using bow/rapier (literally all the red team). they dont care if they loose they just play like that outside the points (they ended up loosing)… Clearly something is wrong with this.

and the guy in the video is me trying to provoke all bows i can for you to see how unplayable this is outside the forts for anyone that is not a range build.
so dont post something like wHaT aRe YoU dOiNg AlOnE yOu ArE bAd… 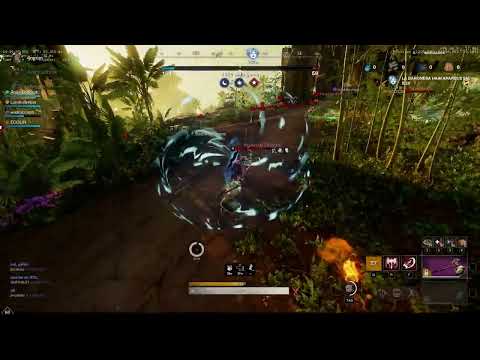 the second video is a different match. and you can see how i get hit by a bow guy that is on top of a rock (the left one coming from moon). 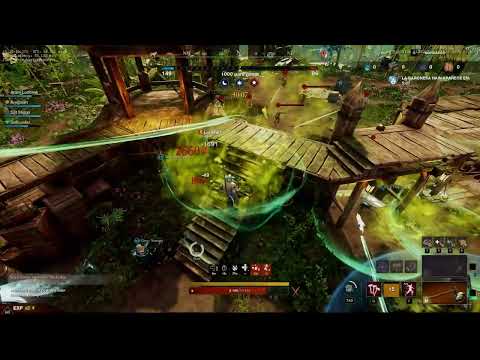 I love falling against a team like this, because I keep my shield up at the door of the “fort” and I win the game, because no one enters to contest. Gold, EXP PVP super easy and fast kkkkk. 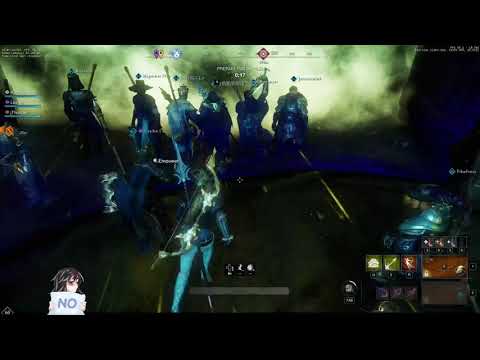 This guy need to learn the game, adjust to the new future. Just count how many archers did you find in my OPR, my team. Bow got boost, finally it’s enjoyable so it’s normal people trying this weapon, and because it’s nice to play i don’t see anything wrong that there are games where 1 team have 5 or 6 archers. Why this dude didn’t make the same video, when everyone was playing great axe ? Team with more archers in 99% games is losing team, and this guy ask to nerf bow to make balance? What kind of balance he wants? Makes the range to lose 120 % of games? To become like a disease? Not welcomed in team and ppl heaer ohh we have range, better leave?

“everyone” means GA players basically. Yall are the only ones who complaining all day about it.

What do you mean "no one is enjoying opr?!
That grp of archers clearly is!

LMB spamming bow bros are gonna be like “It’s Fine.”
This is every OPR, and it is boring af.

If you playing hatchet or great axe what you spamming? As an archer atleast you need to hold right button to zoom and aim, take correction on the distance, because arrow is not flying straight line, also player movment etc

They lost, what is wrong with that… you rushed a group of archers what did you think would happen? Your grav well is loud when it procts so everyone turned to find you. Do you expect the archers to be in melee range? It is called playing your class. The minimal range class prior to patch had to slot slash gems now a lot of the melee are upset cause they get ranged down for running in one direction the hold “W” right clickers. You want to know what’ll keep me from killing you, bump up a class from light to medium, slot thrust protection, go more con and learn how to zig zag and dodge. Coordinate to triangulate. Adjust adjust adjust… the objective is winning so if they stay outside and shoot then let them lose the game. I play on point with 300 dex and 210 con.

lol you are quick, I play all the weapons. Including bow.

im telling you this is every match in my server!!

to win OPR you need to capture forts!!! how is not going to be melee a priority in OPR?? what weapon can melees use better than GA?

you think is smart go against 7 bow users alone??

you think i only play to win?

i play for fun mainly…

where the f*** is the fun going against this kind of people?

you enjoy trying to kill a guy and the second later you have 4 bows killing you in 5 sec? and that without saying that the guy you go for just switch to rapier and go away instantly…

First of all, nobody told you to rush inside fort without using brain. As you can see most of the people who playing with bow, they also using spear. Did you ever think why they need that spear? Because seems like not, but i will tell you, archers in every game are inside fort, but you probably didn’t realize it, because die like a noob before people decide to go inside. So if archers can use secondary weapon you can also do the same, use blunderbuss it’s amazing weapon, super strong with aoe dmg, good mobility. Do not go inside so fast, wait for the team, shot a bit inside and if the archers do not move, you also stay with them, finally they will change the position or go to caputre another fort. Just simply follow the group and adjust to the group this isn’t so hard. As an archer i am inside fort every game and other people doing the same.

The only players who rarey going inside fort, are musket, so if you wanna blame someone, blame them.

Dude i make this up for people to see it… you think im going to throw a GW alone to a group of more than 6 bow users?? dont you see im just dodging???
when they go inside a fort they die instantly thats why the bow teeam allways loose… i kill them easy in the fort (and i mean easy)

Dude i make this up for people to see it… you think im going to throw a GW alone to a group of more than 6 bow users?? dont you see im just dodging???
when they go inside a fort they die instantly thats why the bow teeam allways loose… i kill them easy in the fort (and i mean easy)

So why do you complain? Shudn’t be happy that you got archers as enemy if you have easy win and easy kills? Problem is that since losing team is getting 2000 points and winning team 2500 ppl are not willing to struggle, to have heavy moments inside forts, while fight just relaxing and stay faar from fight. First of all for taking/blocking damage people need to start earing points, second thing is that losing team should get max 1500 while lose, and winning 2500 so people will be more motivated to win the game.