Will this game get any better

So the peak now is 5% of what it was months ago.

And you want to tell me it’s normal because people just ran out of content?

Come on. You can’t believe that. Maybe 1% of the players that left this game for good are coming back, the other 99% were so annoyed by all the bugs and issues that they won’t even consider a return.

I think you can be happy if this game is still live in the second half of the year.

Imagine thinking a launch day peak was gonna be maintained…

Good lord. I’m not talking about the launch peak. But you realize that it dropped by 95%? Or are you just oblivious about that fact? And the 5% left are still decreasing right now at this point. Next week it’ll be 4%. Then 3%. Very soon only 1% of launch players will be left.

You are not talking about the launch peak? You do in every sentence.

I think if AGS has the resources to work on New World for a year or 2 it should be a good game.

I hope they take some cues from Lost Ark. They are spoiling me with content!

A guy who was spreading false information about server/client privilege, and whose video on it was PROVEN wrong?

he follows information bias to make his content more interesting.

basically a bunch of gossip ontop of willingly enaing hate comments to " teach the devs a lesson" while collecting a check for smeering AGS like asmongold.

Lasted 30 secs before I considered killing myself. Obsession with bad narration bewilders.

EverQuest has said to be dead for the past 23 years still going. Most likely it’s older then most that come on here and say NW is dead.

I hope it does get better. The bar is SO LOW I don’t even understand how it can’t get better.

Do anything at this point for pvp and it’ll be better.

For anyone who enjoyed the first SEVERAL HUNDRED TO 1000 hours of content, yes, it absolutely will get better & better, for years to come. For anyone who rush through it, cheesed it, skipped everything it is, does not appreciate exploration, used cheeser youtuber videos to “not fall behind” & rushed themselves to boredom - game is not for them, was not for them, they will move on. If anything, the game will get Even better, not Any better. Because it will be longer & longer & only the people who like it are going to stick around while new players continue to buy it daily & in big clumps each time noteworthy DLCs or Expansions are released, which means even longer than SEVERAL HUNDRED TO 1000 hours for the concurrent peaks in its future. The majority of players who liked this game finished it & are looking forward to more content while playing other games in the meantime - a lot of good games came out or got expansions since NW came out. It is only natural for people to finish games then play other ones & come back for DLCs & expansions, especially - ESPECIALLY - in MMORPG.

Here is a better Josh Strife Hayes video that will show you exactly what is wrong with every person who talks the unwarranted trash that they do on this game among others & exactly why they do it. This one is only 17:30: 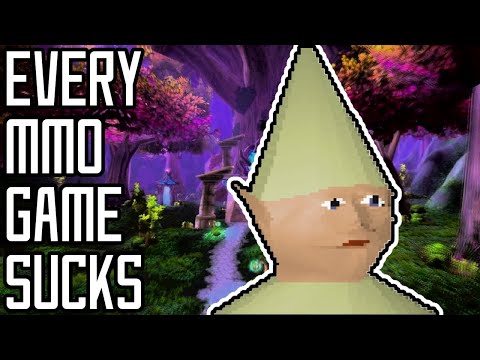 Every MMORPG sucks total buttcheeks & that is okay.

I mean, it really can’t get any worse. It’s gotten better since the time the video was created. February update makes things even better.

Player count isn’t an accurate representation of the longevity of a game. AWMAGAWD 40k PEAK…5%…BLAH BLAH BLAH. Which peak is around 48k-50k it appears.

Right now, NW is still averaging 300k daily unique players. This is players that log in, not the ones on simultaneously. Trolls don’t want you to look at that number though, they’d rather keep talking about the concurrent players. Game will only improve as time passes, as long as the devs keep communicating with the player base, and implementing what the majority wants. WHICH, they seem to be doing just that.

Trash games struggle to have people keep playing longer than 2 hours. That is why Steam set their refund policy to 2 hours; because people generally already know if your game is trash - whether objectively trash or just not to their liking - within 2 hours of playtime & that is exactly what informed Valve & why they chose 2 hours as the refund window for Steam purchases.

The next time someone says something vile about New World, ask them how many hours they have. Especially the ones who say they do not play this trainwreck or dumpster fire. Ask them, how many hours did they enjoy enough to keep playing before it was a bad game. =)

Depends on whether their “server fix” actually works. Every time they announce that they’ve fixed something, the problem actually gets worse.

The game most likely wont rebound , but listening to Josh Strife Hayes is like breathing in from a bag that some1 farted into - u sorta get some oxygen , but u wuld be better off breathing somewhere else. Ppl that form their oppinions from youtubers are new breed of gamers , who for some reason have to be in the circle jerk all the time , be it hype , hate or whatever else .

Bugfix month was requested by the forums.

They should make the game free to play imo