Yet another exploiter/hacker on Camelot

This game is riddled with scum bags who have no moral values and just cheat or exploit broken mechanics- assuming it’s the game’s mechanics at fault, but I highly doubt it at this point.

Are we going to address this as a problem yet?
Regardless if it’s a hack or exploit or bug- it needs addressed so people don’t do it, otherwise people will leave and the only ones left will be said cheaters/exploiters 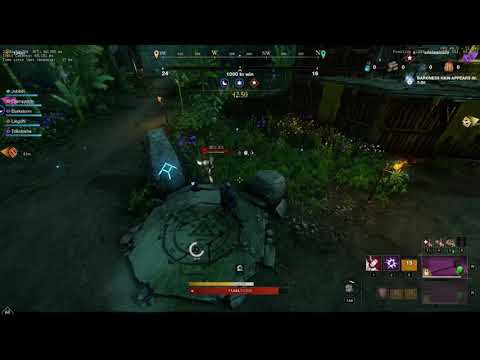 You can see it’s toggled when the text in the video pops up… he knew I, along with others, was on his tail and he toggled speed to get out from harms way

@TrevzorFTW @Luxendra
can we get some clarification as to what is going on and will action be taken to those who are abusing this? or hacking? Camelot has several people who are caught in action breaking ToS and nothing is being done- or at least that’s how it looks from my view- I know AGS has a plate full of food to eat, but this is getting out of hand. If you’re not dealing with massive Desyncs, it’s OP builds that don’t die ever in 1v1 or 2v1 or 3v1… and if you’re not dealing with that- you run into this… it’s such a headache dealing with something that’s supposed to be fun when all you run into now is constant frustrations that aren’t related to skill.

Regardless if it’s a hack or exploit or bug- it needs addressed so people don’t do it, otherwise people will leave and the only ones left will be said cheaters/exploiters

This has been happening since the game launched.
AGS still hasn’t provided proof of bans from when players were using the Invincibility cheats back around Update 1.0.2. They don’t even want to talk about that anymore but instead talk about banning bots and dupers with too-good-to-be-true stats. And they only did that one time.

yeah but ain’t no shame there… there are hackers in literally any competitive game so it’s w/e. it’s the companies that don’t show proof of doing something about it that worries me.

Camelot for the win! Save Camelot! The best server on NW!!!

yeah it really is a good server. but these exploiters/hackers are making me not want to play for awhile.

pretty sad, that they cheat, and that amazon hasnt done a damn thing

thank you for bringing this to light @Jubbin !

People will always cheat. You just have to make sure it’s EXTREMELY costly to do so. MAC address ban them. Steam ban them.

Some companies go after the person making the cheats via the court system. I’ve read of some even receiving jail time and hefty fines.

the legal shit is a bit extreme dependent on the case, but i get why its done,

the MAC/IP & VAC bans really help tho, makes them really consider what they are doing

People making cheats usually sell them. So they are making money at the expense of the game that they made the cheats for.

There’s a strong legal case there.

It literally is a great axe passive bug that happens when you get hit while you’re running away.

hell no wtf? how does double speed mean 10%? XD did you bother with watching the video?

he was VG and LS. if it was a passive for greataxe- that’s impressive…

To me- this was toggled. he wasn’t even touched when it turned on (double speed)

dude thought he was clever… XD